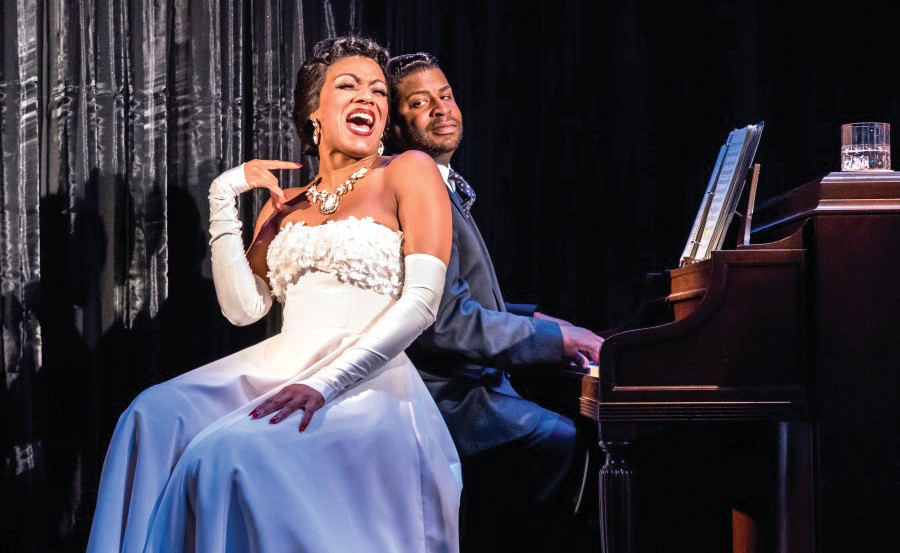 Catch the Tony Award-winning “Lady Day at Emerson’s Bar and Grill” at the Waterfront Playhouse for four performances only from Feb. 12-15. Following the Feb. 15 closing performance, the Waterfront will host a party in the sculpture garden catered by The Saint.

The musical takes place in Philadelphia, where audiences are transported to witness one of the final performances by Billie Holiday. The intimate performance is peppered with salty dialogue and such songs as “When a Woman Loves a Man,” “What a Little Moonlight Can Do,” “Gimme a Pigfoot (And a Bottle of Beer),” “God Bless the Child,” “Strange Fruit,” “T’ain’t Nobody’s Business If I Do,” “What a Little Moonlight Can Do” and many more.

The show stars Tracey Conyer Lee as Billie Holiday. This marks Lee’s fifth production of “Lady Day at Emerson’s Bar and Grill.” Recent roles include Clairee in “Steel Magnolias,” Cynthia in “Sweat” and Ida Green in “Into the Breeches.”

Other acting highlights include the original off-Broadway casts of “Sistas, The Musical” and “Bedbugs!!! It’s a Musical,” as well as Carbonell, NAACP and Barrymore Award-winning work at regional theaters including Yale Rep, Baltimore Centerstage, Denver Center, Bucks County Playhouse and many more. Lee has performed in national and international tours totaling more than 75 productions.

Director Kevin R. Free is a multidisciplinary artist whose work as an actor, writer, director and producer has been showcased and developed in many places, including The Moth Radio Hour, Project Y Theater, Flux Theater Ensemble, the Queerly Festival (of which he is now the curator) and The Fire This Time Festival, where he served as producing artistic director for five years, winning an Obie for his work in 2015.

“Lady Day at Emerson’s Bar and Grill,” which is set in 1986, opened on Broadway at Circle in the Square on April 13, 2014. Directed by Lonny Price, the production starred Audra McDonald as Billie Holiday and featured Shelton Becton as pianist Jimmy Powers and won Audra McDonald her record-breaking sixth Tony Award for the production.

Tickets are available by calling the Waterfront Playhouse Box Office at 305- 294-5015 or by visiting waterfrontplayhouse.org. ¦