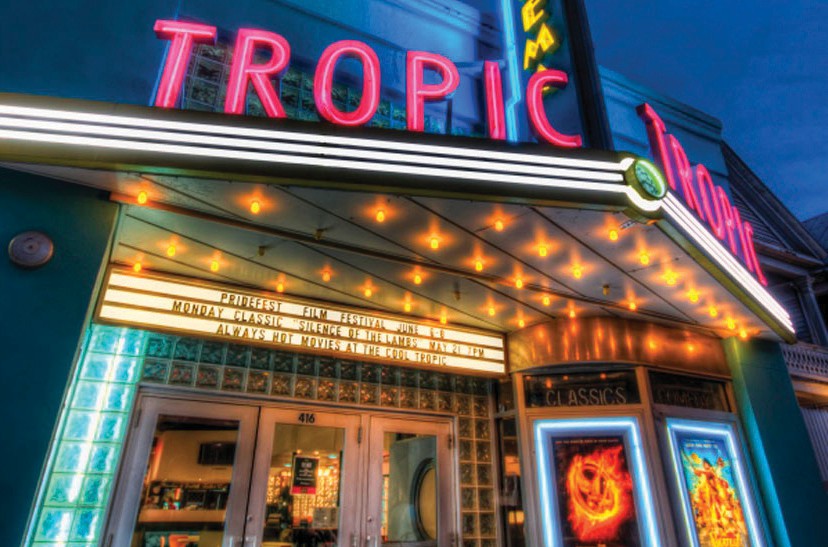 The facade of the Tropic Cinema in Key West. COURTESY PHOTO

Culture in Key West is not always synonymous with class. That’s not to say that watching drag queens shake what their mamas (sort of) gave them isn’t an enriching and mind-opening way to spend an evening, but sometimes it’s nice to get off of Duval Street and away from the frat packs and bachelorette parties and indulge your more sensitive, cerebral side instead.

Enter the local movie theater. At heart, the cinema is an establishment in which to seek respite from the blazing summer sun and indulge in a supersize popcorn (extra butter, please and thank you!) and either a box office blockbuster or an art house film about people who are cooler than you will ever be. And though the Regal Cinema out in New Town is great if you want to watch films where bombs go boom and cars go vroom, Key West relies heavily on the Tropic Cinema (416 Eaton St., www.tropiccinema.com), one of the shiniest gems in Key West’s crown of interesting attractions, for a more specialized motion picture education. 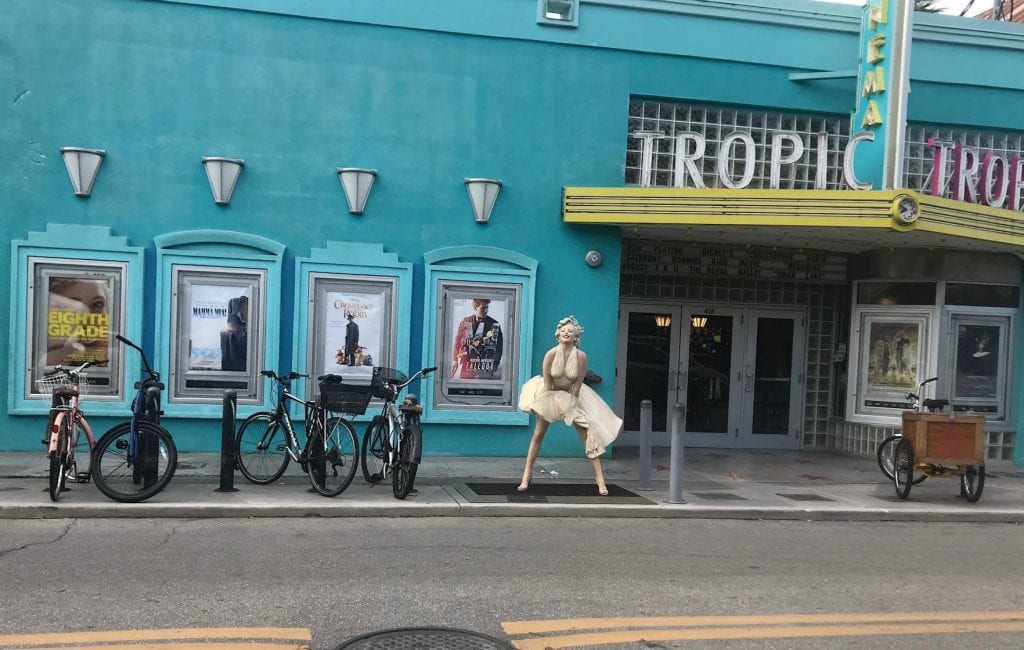 Tropic Cinema in Key West has been voted one of the best cinemas in Florida. COURTESY PHOTOS

The Tropic Cinema opened as a twoscreen nonprofit theater in 2004 with the singular goal of bringing independent and international films and cinematic classics to Key West’s artistically diverse island community. Over the last decade and change, the Tropic has evolved into not only a refuge from the tropical heat, but a relaxing retreat from the barrage of noise, traffic and turmoil outside the welcoming cinema doors.

The films are top-quality, the special events are plentiful and the popcorn is always popping freshly in the lobby. Oh, and did I mention you can grab a glass of wine or a beer and bring it to your seat with you? Let us not discount the therapeutic qualities of a delightful glass of pinot noir, a gourmet bar of chocolate and a film that transports you to another world altogether.

For 15 successful years, Key West’s Tropic Cinema — consistently voted one of the best in the state of Florida, thanks to its dynamite mix of special programming, charming décor, dedicated volunteer staff, curated film schedule and mouth-watering concessions — has soared under the watchful leadership of its tight board and the diligence of its impeccable staff. And Michael Marrero, who was appointed executive director just last year, intends to maintain the Tropic’s sterling reputation. 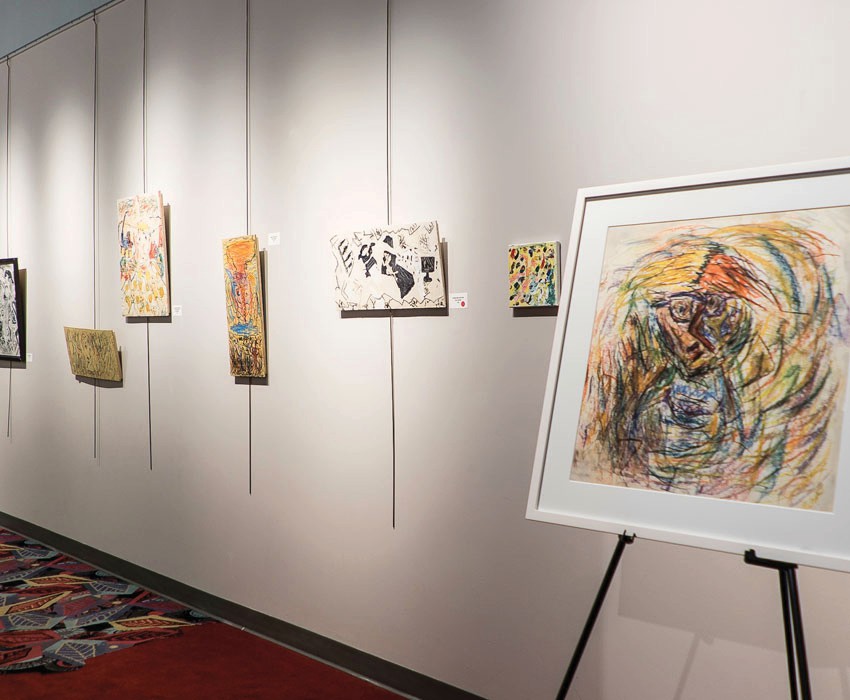 For such a small cinema (the Tropic has one large screen, typically reserved for Hollywood blockbusters and special events, and three smaller screens), the quality and range of films the Tropic screens is impressive. As more and more people seek out comfort and theater quality, movie studios have had to evolve their historic film distribution practices. For decades, studios and big commercial movie chains have engaged in an unwritten practice called “clearance exclusives.” This means that commercial cinemas, like the oft-maligned Regal Cinemas out in New Town, have dibs on the initial release of big studio films, and independent cinemas like the Tropic don’t get to show them until they’ve left the chain cinema.

For a slightly outdated example, the Tropic finally got to show “The Revenant” from 20th Century Fox after Regal Cinemas had screened it for six weeks back in 2015. Today, four major studios, including Fox, have rejected clearance exclusives, so filmgoers have the opportunity to choose where they see a movie. And since the Regal Cinema was briefly closed after Hurricane Irma (it finally reopened this spring), the Tropic has increased its showings of new releases, no matter the budget.

In addition, small distributors are increasingly releasing amazing films most cinemas have never had access to before. The Tropic has been screening filmed ballet and opera for some years, but now it also screens filmed museum tours, architecture programming and artists’ monographs. A couple years ago, the Tropic also began screening Broadway musicals and plays and more. And just about every season, the Tropic hosts niche special events like the always soldout screenings of “Rocky Horror Picture Show” — props included, costumes highly encouraged.

Uniquely, most of the people who work at the Tropic are volunteers. They typically rotate during the course of the year, but the Tropic Cinema has about 200 active volunteers who do everything from take tickets to pop popcorn (served with real butter, natch). The huge volunteer base is a real testament to the community’s love of cinema in general and the Tropic in particular.

And in fact, one of the most wonderful things about the Tropic is its magical community component. Sure, you can watch a movie at home, but there’s something about watching a film in an auditorium with other people — even strangers — that brings it to life, and that makes it more true and real. And it bears repeating that the people are what make the Tropic unique: volunteers, members, the board of directors and staff, visitors from all over the world — they all bring the Tropic to life. The Tropic really does belong to the people of Key West and that is a special place to hold in a town so populated with transients and visitors year-round.

The Tropic is so special because it is all about our community. The Key West Film Society started with a simple idea: show good films for people to watch together. That core idea is at the center of all the Tropic does, but it has grown so much over the last decade plus. The theater hosts the Key West Film Festival (which runs from Nov. 20-24 this year), film education programs, visiting filmmakers (unsurprisingly, filmmakers love to come to Key West), birthday parties, concerts and, of course, they like to say that they show the best films in the world. Sure, they might be a little artsy or independent, but don’t forget that the Tropic curates films for Key West in all her eccentricity. From Art House and independent films to Hollywood blockbusters, no cinema I know has a better range of films than the Tropic.

And the icing on the cake? Freshly popped popcorn topped with actual, real, made-with-milk-from-a-cow butter. It might sound trivial, but after trying the Tropic’s popcorn you’ll never be able to eat commercial movie theater popcorn ever again. So, buy a membership, grab your glass of wine or an ice-cold beer, choose your snacks and enjoy the show at the Tropic Cinema. ¦