Tony Sands does Sinatra his way 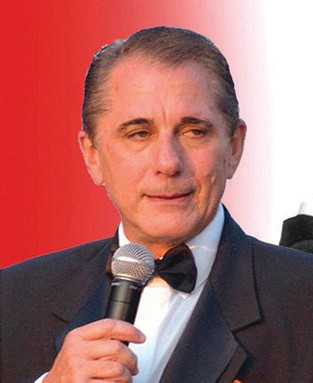 Tony Sands first recognized his knack for emulating Ol’ Blue Eyes when he was a teenager. For over 20 years, Sands has been performing his act and wooing audiences throughout the United States with his silky, mesmerizing and tantalizing renditions of the Chairman of the Board’s song stylings. When they hear Tony Sands start to croon, lifelong Sinatra fans are fascinated — he’s a dead vocal ringer for the late, great Frank Sinatra.

Sands will perform one of his Sinatra tributes,

Musical,” at The Key

Life” is a multimedia musical tribute starting Tony Sands as “The

The show is a musical journey of the life and times of the late Frank Sinatra. Sands performs all of Sinatra’s most loved songs, from the early days with Tommy Dorsey to the bright lights of New York City, from the silver screen of Hollywood to Frank’s “Main Event” comeback. 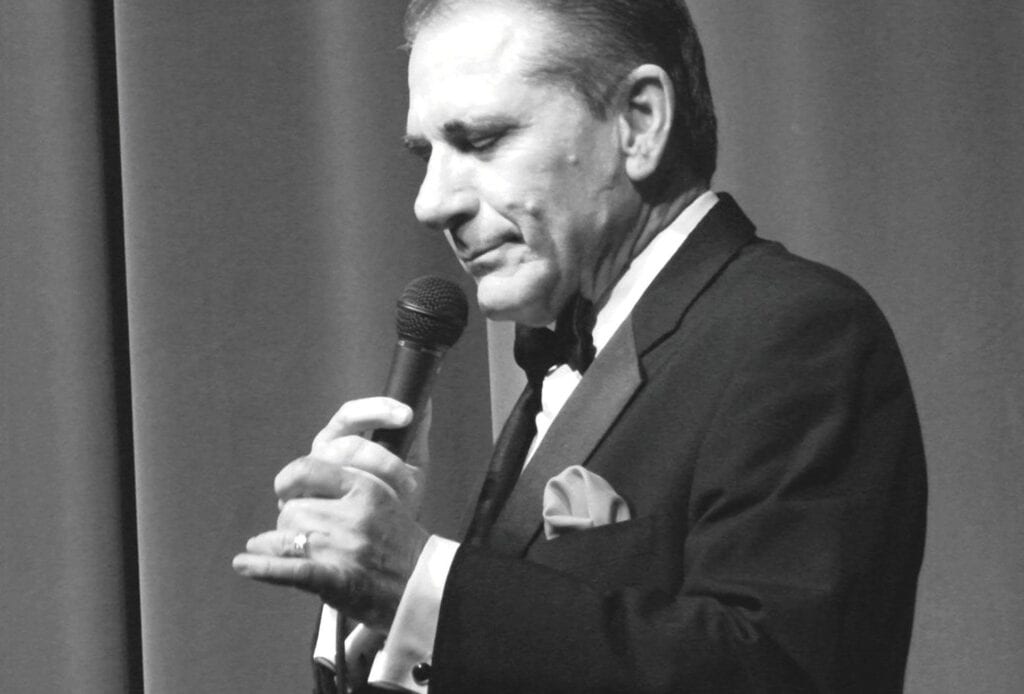 “It’s not just somebody going out there and doing his music,” Sands explains. “We tell a narrated story, with multimedia projections at six different points in Sinatra’s career. We start out with the big band era and we end up at Madison Square Garden in 1974, when Sinatra came out of retirement.”

Sands closes his show with Sinatra’s trademark sendoff, “Put Your Dreams Away,” as made famous by Sinatra’s ABC television program.

“People love the show,” says Sands. “They really don’t expect what they’re going to be seeing. It really is like a one man musical. If you don’t feel the song, it won’t get across to the audience and every song Sinatra sang, he projected that feeling.” And that’s the same way Sands performs Sinatra’s songbook.

In advance of the show, Sands gave the Florida Weekly Key West Edition a preview.

Florida Weekly Key West Edition: When did your love for Sinatra start? 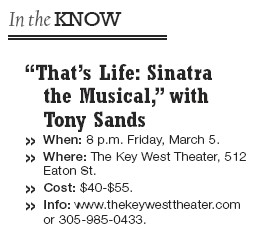 Tony Sands: Growing up in an Italian family in South Philadelphia, my parents always played Sinatra in the house. They had all the albums and everything. I got hooked from a young age — I was around 10 or 11 years old when I started listening to Frank and singing along with his records. As I got older, I started singing at small cabarets and in restaurants and then I went on my own.

FWKW: What was it about Sinatra’s songbook that grabbed you?

TS: When I first heard his music, I visualized what he was saying. When he sang, he would paint a picture and I knew what he was singing about by the way he brought his song across. To me, he was the best at bringing a song across to the audience. He brought his heart to the audience. But it all starts in the home. If my parents didn’t play that music, I don’t know. Eventually I probably would have gotten to it, but at the time I knew he had something to sing about. He brought his songs to me and I understood that at an early age. His phrasing, his singing … he was the greatest to me.

FWKW: Did you start off trying to sound just like Sinatra intentionally?

TS: Honestly, when I sing, it’s a natural thing. It’s just my tone. I don’t try to change my voice at all. I love all those great standards and guys like me are just trying to keep it alive.

FWKW: Did success in the tribute world come naturally?

TS: Like any other field, you work your way up. In any career you have to start at a low point, but if you love what you do, you’re going to get better and better and better. Eventually you’ll reach a plateau where you want to be. I started at a low plateau, worked my way up from small bars and pubs and ended up at the Tropicana in Atlantic City, performing five days a week for 3½ years. It built me up where I got more singing in and I just enjoyed the process. FWKW: You’re a natural Sinatra — have you ever tried to emulate any other artists?

TS: People always ask, “Do you do other people?” I love what I do, and I don’t want to get into too many different kinds of music. I enjoy what I do and I’m happy with what I’m doing. I just love that music and I stick with what I know best. It works out great. I tell people: If you love what you do, just go ahead and do it.

FWKW: Do you ever worry that you’re clinging to the past? That eventually people will stop wanting to hear the standards?

TS: I was told 10 years ago that the standards weren’t going to last, but I think we get great crowds. We just did a sold-out Valentine’s Day show in Washington, D.C., that had mixture of audience from 21 to 80, young and old, which is good because we’re getting younger crowd coming in who are enjoying the music. They hear the songs on TV or in commercials and they love what they hear, so they come out to see it. I love having a younger crowd in the audience.

FWKW: What makes your “That’s Life” show different from the other Sinatra tribute shows you produce?

TS: Key West is such a great place and what I wanted to do is bring a live band down — it’s going to be big. We’re flying in our musical director, who knows all the charts, and we’re getting musicians from Miami to cover all Sinatra’s great hits, saloon songs and love songs. We put them into a two-hour show and we have a great band to handle all the instrumental stuff, so it works out fantastic.

FWKW: What’s the most gratifying part of the job?

TS: Get this — I’m doing a show in Ormond Beach with a singer named Steve Roman. He was telling me about his son, Justin, who is 10 years old and loves Frank Sinatra — that’s all he sings. I figured, why not have him open up for me? He’s cute as a button, all excited. When I hear somebody that young who’s out there singing to older people and he’s enjoying it and he’s on the ball, why wouldn’t I want to give him a shot?

FWKW: This is a tough one. What are your top five favorite Sinatra Songs?

TS: How can I choose? I’d start with “Put Your Dreams Away” — it played at Sinatra’s funeral and it’s probably my top favorite song in my list. When he would do it, he would end the show with it back in the ’50s. That’s what I do. I walk off stage the same way Sinatra did to match up with his show. I also love the “saloon songs” — “One for my Baby,” “That’s Life,” “My Way” and so on. “Moonlight in Vermont” is a beautiful song — I love doing love songs. But I also love doing upbeat songs like “That’s Life,” “The Lady is a Tramp” and “Luck Be a Lady.”

FWKW: Sinatra had a massive oeuvre, how do you choose which songs to perform?

TS: There’s so many I love to sing, I wish I could sing ’em all. We do about 20 to 22 songs a show and we break it up into two sets. I love them all, but there are some that I try to stay away from or don’t do because I feel comfortable doing what I’m doing. But the majority of those song are great songs.

FWKW: You’re a workhorse. Do you think you’ll ever slow down?

TS: Between all three shows I produce, I typically do close to 100 shows a year, working weekends, during the week, fly here, fly there. Thank God, it’s been good. And 2019 was probably the best year we’ve had so far, especially in Florida. I’ve been coming here for the last 10 years and audiences are getting bigger and bigger. Thank God that’s happening and I’ll keep performing as long as it is. ¦

Beauty in our buildingsKEY WEST SNAPSState of the City address