There once was a train that crossed waters to Key West 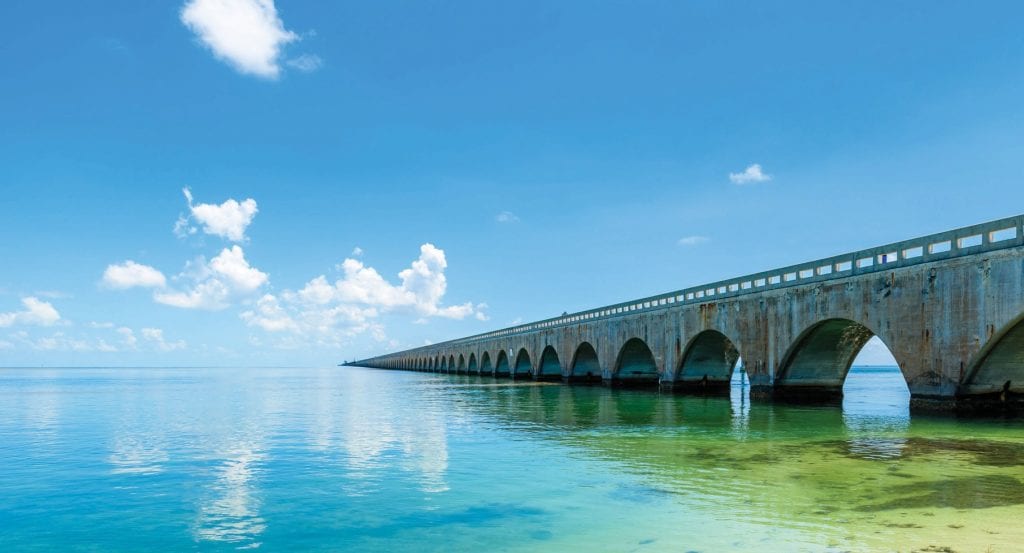 A bridge from the Florida Overseas Railroad still stands on the route to Key West. COURTESY PHOTO

Industrialist Henry Flagler had a dream of connecting the Florida Keys to the rest of the state by rail.

With construction of the Panama Canal around the turn of the last century, Flagler saw potential in Key West as the closest U.S. deep-water port to Panama. He had hoped the city could take advantage of the increased potential for trade with the West Coast of the United States, as well as Latin America.

Construction on the Florida Overseas Railroad began in 1905 and continued through 1912, when Flagler himself rode the first train from the mainland to Key West, where he was celebrated as a hero.

Builders had to struggle through three devastating hurricanes during the seven years of construction.

The project, also dubbed “Flagler’s Folly,” cost more than $50 million and was hailed as the “Eighth Wonder of the World” because of the engineering innovations required to see it to completion.

Flagler died in 1913, and the Overseas Railroad itself did not endure.

The Labor Day hurricane of 1935 washed away 40 miles of track and the bankrupt Florida East Coast Railway was unable to rebuild it. The roadbed and bridges were sold to the state of Florida, which used them to construct the Overseas Highway for automobile traffic.

Many of those bridges were replaced in the 1980s, but you still can see the remains of the Overseas Railroad as you drive through the Keys. Many are now used as fishing piers and pedestrian walkways. ¦