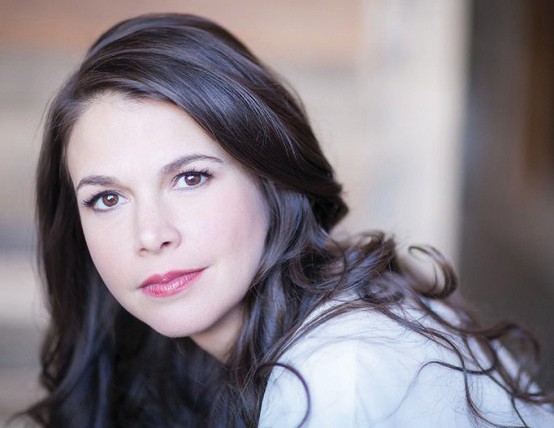 To say that Key West is proud of Tennessee Williams’ choice to spend the last 34 years of his life in our tropical paradise would be to grossly understate our collective esteem of a man known as one of the greatest American playwrights of the 20th century. One need only peruse the Tennessee Williams Museum at 513 Truman Ave. to see a physical demonstration of our love (and forget about the nearly annual performances of “The Glass Menagerie,” “A Streetcar Named Desire” or “The Rose Tattoo “by our versatile local theater groups). That said, although many who knew Williams during his 30-plus year residency in Key West considered him no more than an occasionally drunk and mercurial bicycle-riding neighbor, his theatrical fingerprint lives on in much more than the occasional presentation of his seminal works.

In 1980, The Tennessee Williams Theatre opened its doors for the first time in conjunction with the world premiere of Williams’ play, “Will Mr. Merriweather Return from Memphis?” The theater, a modern, multi-use space, boasts auditorium seating for 480 and an intimate cabaret theater in the lobby. Since its opening, it has remained the premier spot for Key West’s grandest concerts, plays, symposiums, expos and dance performances. 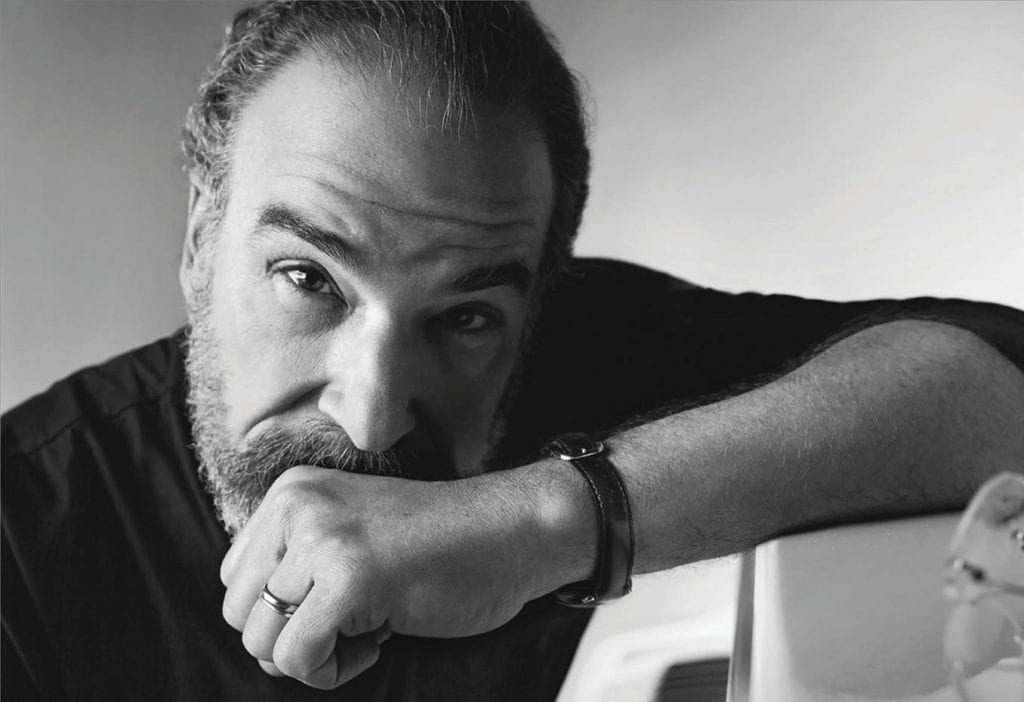 This year, the Tennessee Williams calendar revs up in early December, beginning with “Sutton Foster in Concert” on Thursday, Dec. 5. Sutton Foster is an award-winning actor, singer and dancer who has performed in 11 Broadway shows and originated roles in the Broadway productions of “The Drowsy Chaperone,” “Little Women,” “Young Frankenstein” and “Shrek the Musical.” She has also won two Tony Awards for her performances in “Anything Goes” and “Thoroughly Modern Millie.” She can currently be seen in the starring role of the TV Land series “Younger.”

Next up is “The Play That Goes Wrong,” which runs for two nights on Dec. 19 and 20. This Olivier Award-winning play-within-a-play comedy is a hilarious hybrid of Monty Python and Sherlock Holmes. Welcome to opening night of “The Murder at Haversham Manor,” where things are quickly going from bad to utterly disastrous. With an unconscious leading lady, a corpse that can’t play dead and actors who trip over everything (including their lines), this play has been called a “riotous explosion of comedy,” “tons of fun for all ages” and “a gut-busting hit.” 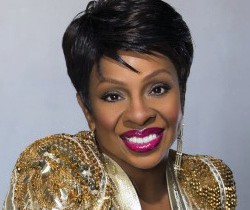 The South Florida Symphony Orchestra, a longstanding contributor to the Tennessee Williams Theatre’s illustrious musical program, is also returning for a concert series spanning the season. On Jan. 15, the symphony will present “Masterworks II,” the second installation in their four-part Masterworks series. Under the flawless direction of conductor Sebrina Alfonso, the orchestra will perform two powerful, strikingly beautiful and inspiring musical masterpieces: Bruckner’s dynamic Symphony No. 6, the U.S. premiere of Borenstein’s glorious Concerto for Violin and Orchestra, featuring accomplished violinist Irmina Trynkos, and the world premiere of Nardi’s Upon An Ocean. 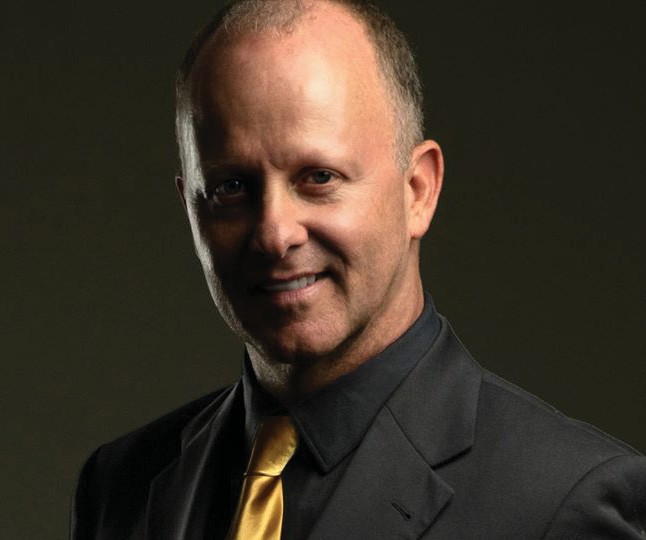 On March 8, the orchestra will continue the Masterworks series with “Masterworks III,” performing the world premiere of Ellen Zwilich’s Concerto for Cello and Orchestra, featuring renowned Grammy Award-winning cellist Suill Bailey, Mendelssohn’s Symphony No. 5 (“Reformation) and Beethoven’s The Consecration of the House, which was commissioned to celebrate the opening of a Vienna theater. Last on the symphonic calendar on April 17 is “Masterworks IV,” the culmination of the Masterworks program. To conclude its Tennessee Williams performances, the orchestra will perform the complete ballet score of Stravinsky’s “The Firebird,” renowned British composer Frederick Delius’ only piano concerto, featuring internationally acclaimed pianist Mark Bebbington and Beethoven’s spirited Coriolan Overture. 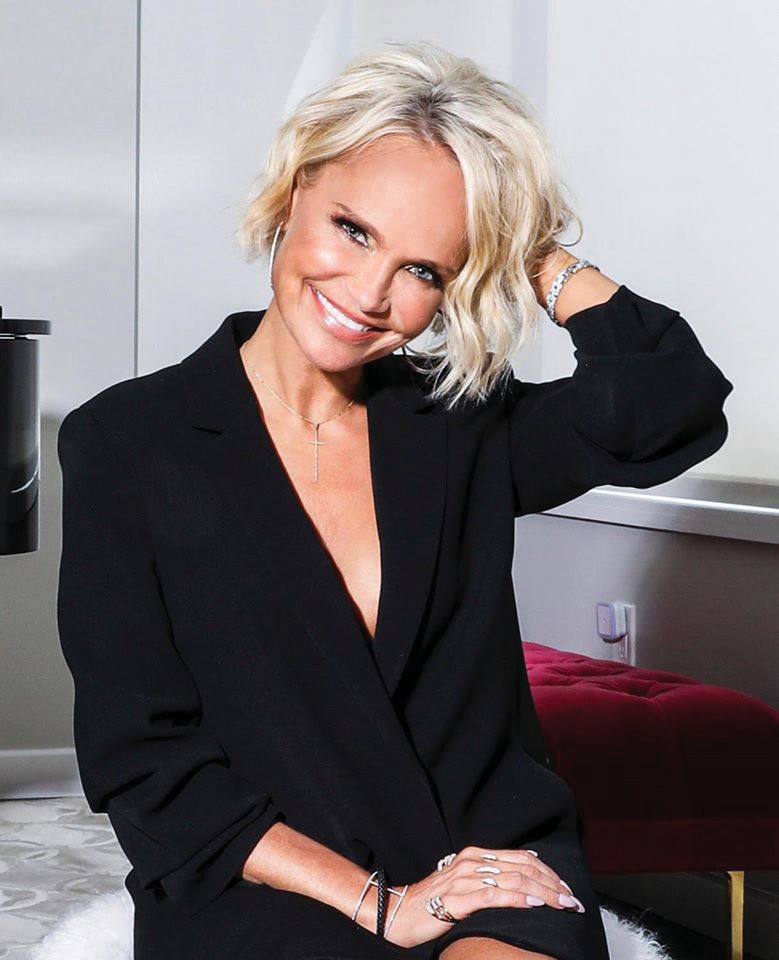 On Jan. 18, the Tennessee Williams presents “The Greatest Love of All: A Tribute to Whitney Houston,” starring Belinda Davids. For the accomplished South African songstress, her role in “The Greatest Love of All” is a serendipitous culmination in her life-long connection with Whitney Houston. Growing up as a young colored girl in South Africa in the turbulent ’80s, she dreamed not only of a singing career but of earning respect and dignity as an artist, a woman and a human, Whitney Houston was a symbol of hope. Now Davids gets to pay that hope forward.

Jan. 20 and 21 find beloved local cabaret star Bobby Nesbitt back in the Cabaret Theatre with “Bobby in the Lobby,” his lighthearted original cabaret series. This brand new show will highlight the songs of Harold Arlen and Johnny Mercer.

Joining Bobby will be the stunning chanteuse Carmen Rodriguez, everyone’s favorite girl singer, and — in his only Key West appearance — former director of the Waterfront Playhouse and Broadway star Danny Weathers. Act one celebrates the music of Harold Arlen, composer of “Stormy Weather,” “Over The Rainbow,” “Get Happy” and countless other hits. His frequent collaborator, four-time Oscar winner Johnny Mercer, will be spotlighted in act two, with hits like “Moon River,” “That Old Black Magic” and “Skylark.” This show is sure to sell out, so get your tickets early. 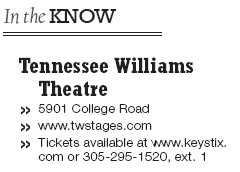 Speaking of sellout shows, “Kristin Chenoweth in Concert – For The Girls” on Jan. 25 is sure to be a tough ticket to come by. Chenoweth recently released her latest album “For The Girls,” which debuted at No. 3 on the Current Pop Albums chart and No. 11 on the Billboard Top Albums chart. The album is a heartfelt tribute to the great female singers throughout history, particularly some of her heroes and friends. The album includes Chenoweth’s personally charged interpretations of classic songs identified with such iconic artists as Barbra Streisand, Lesley Gore, Linda Ronstadt, Dinah Washington, Dolly Parton and more.

On both Jan. 26 and March 29, the Paradise Big Band (a 17-piece Key West musical institution) will celebrate its 22nd anniversary on the Main Stage at the Tennessee Williams Theatre. Featuring local vocalists and guest musicians, the Paradise Big Band runs a high-energy show that will please even the most discerning theatergoer.

Feb. 14 brings us “Mandy Patinkin in Concert: DIARIES,” with Adam Ben-David on Piano. This performance presents the acclaimed actor/singer/storyteller in his most electrifying role: concert performer. “Mandy Patinkin is in the business of showstopping,” raves The New Yorker, and that’s exactly what he does in this powerful, passionate evening of song. “DIARIES” is a marriage of many of his favorite Broadway and classic American tunes, along with selections from his newest recordings on Nonesuch Records. From Randy Newman to Stephen Sondheim, from Harry Chapin to Rufus Wainwright,

Mandy Patinkin will take you on a dazzling musical journey you’ll never forget.

If you’re a fan of Frankie Valli and The Four Seasons you mustn’t miss “Jersey Boys” on Feb. 17. They were just four guys from Jersey, until they sang their very first note. They had a sound nobody had ever heard, but while their harmonies were perfect on stage, it was a very different story off stage. Go behind the music and inside the story of Frankie Valli and The Four Seasons in this Tony Award-winning true-life musical phenomenon. From the streets of New Jersey to the Rock and Roll Hall of Fame, this is the musical that’s just too good to be true.

The legendary Gladys Knight is sure to draw a crowd on Feb. 27. The great ones endure, and Knight has long been one of the greatest. Very few singers over the last 50 years have matched her unassailable artistry. This seven-time Grammy winner has enjoyed No. 1 hits across genres and has triumphed in film, television and live performance.

On the more kinetic side of the spectrum, the Theatre will host The Peking Acrobats on March 6. For the last 32 years, The Peking Acrobats have redefined audience perceptions of Chinese acrobatics. They perform daring maneuvers atop a precarious pagoda of chairs and display their technical prowess at such arts as trick-cycling, precision tumbling, juggling, somersaulting and gymnastics. They push the limits of human ability, defying gravity with amazing displays of contortion, flexibility and control. The Peking Acrobats are often accompanied by live musicians who skillfully play traditional Chinese instruments; the time-honored Chinese music coalesces with high-tech special effects and awe-inspiring acrobatic feats, creating an exuberant entertainment event with the festive pageantry of a Chinese carnival.

Prize-winning novel and Academy Award-nominate feature film, “The Color Purple” leaves its mark on the soul. Don’t miss your chance to be mesmerized when this joyous show comes to Key West.

“The Choir of Man,” the latest show from the creative minds of Nic Doodson and Andrew Kay, comes to Key West on March 21. It’s a party. It’s a concert. It’s a pint-filled good time set in a working pub (free beer, anyone?) that combines hair-raising harmonies, high-energy dance and live percussion with foot-stomping choreography. The multi-talented cast of nine handsome blokes sings everything — pub tunes, folk, Broadway, classic rock — all to roof-raising heights. It’s the best singing, dancing, stomping, pub crawl of a concert you’ll ever attend.

On March 23 and 30, Key West pianist Dave Bootle will bring his unique blend of effortless vocal performance to the stage in “This Ain’t Broadway.” Together with seven of Key West’s finest musician’s, Bootle steps out from behind the keyboard to share with you a collection of his favorite songs by the bands and artists who inspired him to pursue a career in the music business — The Beatles, Joe Cocker, Boz Scaggs, Little River Band, to name few, with some of Bootle’s original compositions to round out the evening. Sing and clap along to a music and story-filled night that you definitely will not forget.

“Motown with a Twist” comes to the Tennessee Williams March 28. This new twist on classic Motown is a sparkling, electrifying night of the Motor City’s most famous hit songs, featuring celebrity pros from Dancing with the Stars performing with finalists from “So You Think You Can Dance” and vocalists from Aqua Idol, “The Voice” and “America’s Got Talent.” This family-friendly night features songs from Diana Ross & The Supremes to Smoky Robinson to The Jackson 5, and everything in between.

The season comes to a rocking end with “One Night of Queen” on May 5. “One Night of Queen,” performed by Gary Mullen & The Works, is a spectacular live concert, recreating the look, sound, pomp and showmanship of arguably the greatest rock band of all time. It’s been hailed as the World’s Premiere Queen Tribute Band and has received rave reviews since 2008. “One Night Of Queen” is a stunning live two-hour concert recreating and celebrating the music of Queen with fantastic staging, lighting and effects. This show will rock you — guaranteed. ¦