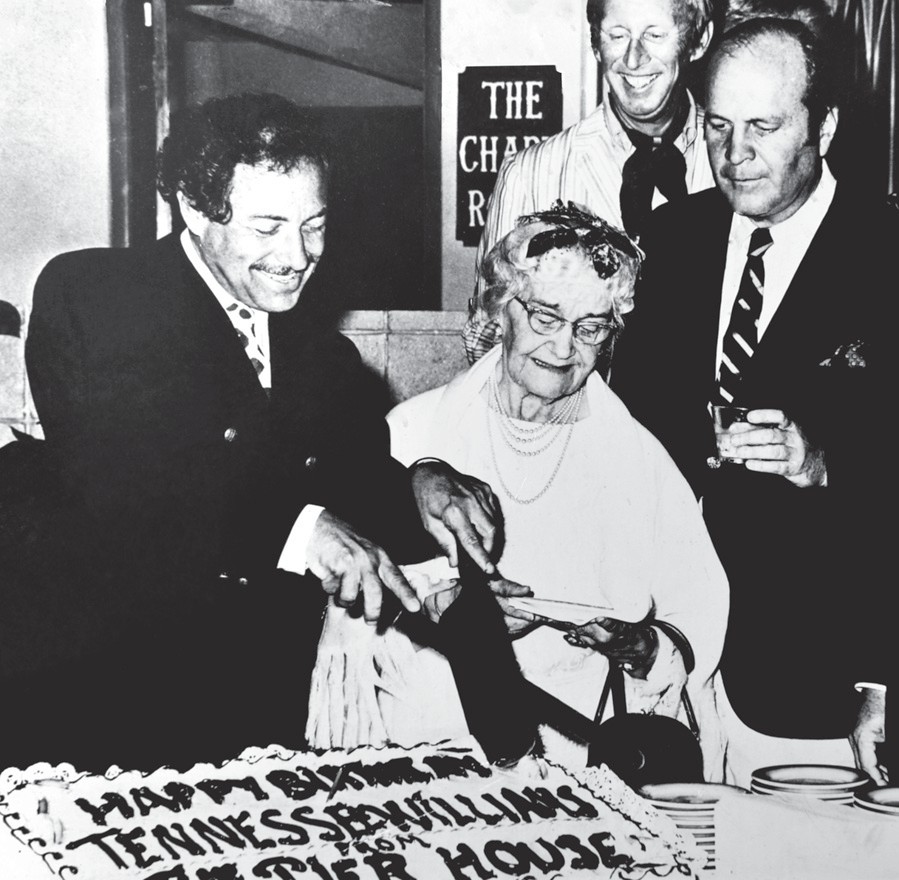 The annual Key West celebration held in honor of Pulitzer Prize-winning playwright Tennessee Williams continues at multiple venues through March 30 with a wide array of arts and cultural events, including a Birthday Party at the Tennessee Williams Museum on Thursday, March 26, and two nights of performances on Sunday, March 29, and Monday, March 30, at The Studios of Key West.

Williams’ March 26 birthday includes bubbly and cake from 5:30-7 p.m. at the Museum located at 513 Truman Ave., where awards for the recent Tennessee Williams short story, poetry and painting contests will be presented. A suggested $10 donation supports the museum, its exhibits and programs.

The March 29 and 30 performances of “Talking Tennessee” will take the stage at The Studios of Key West, 533 Eaton St. The evenings feature Joel Vig and Tandy Cronyn, with Vig donning the hat and unique voice of Truman Capote in a one-act play commissioned by the Southern Literacy Trail, and a presentation by Cronyn, daughter of Broadway and film star Hume Cronyn and Jessica Tandy, the latter of whom originated the Tony Award-winning role of Blanche DuBois in “A Streetcar Named Desire.” Ms. Cronyn will read some of Tennessee Williams’ provocative poetry followed by a conversation about her family and Williams moderated by Stephen Kitsakos, artistic associate of the Tennessee Williams Museum and The Studios of Key West board president. The March 29 performance event also features a meet-and-greet with the actors.

Other Tennessee Williams Birthday Celebration events still to come include a continuation of curator tours at the Tennessee Williams Museum and a Monday night film series featuring adaptations of Williams’ classics at the Tropic Cinema. For a full schedule and ticket links, visit KWAHS.org, click “tickets.” Your Museums. Your Community. It takes an Island. ¦