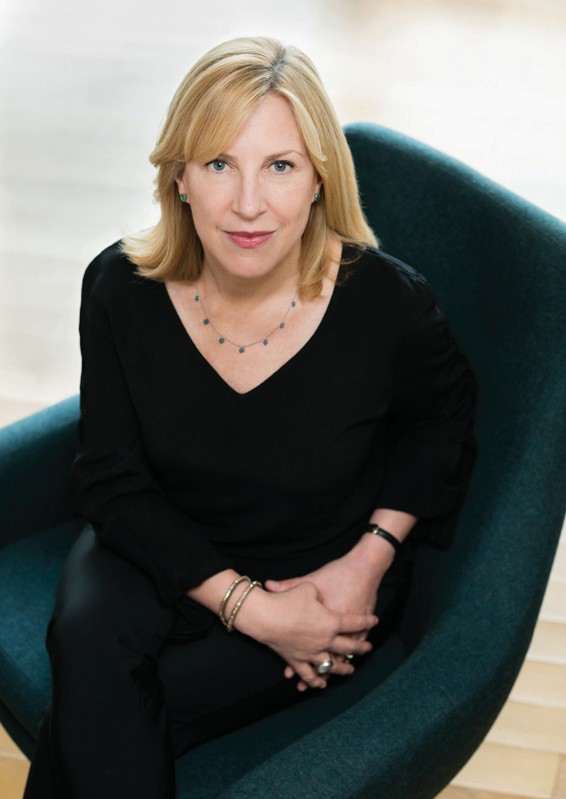 “There’s a great quote by writer Jill Lepore, who had a piece in the New Yorker,” says novelist Christina Baker Kline. “In it she said, ‘Fiction does what history doesn’t, but should. It tells the story of ordinary men.’ And then she goes on, ‘And who are these ordinary men? Well, a lot of them are women.’

“That’s that I love about it — she’s very arch and darkly funny. And that’s what I feel I do in my fiction, is tell the story of ordinary people. And a lot of those people happen to be women, whose stories interest me.”

Ms. Kline’s most recent novel, The New York Times bestselling “The Exiles” ($27.99, William Morrow), published in late August, tells the story of women convicts sent to a penal colony in Australia in the 1840s. The novel weaves the stories of women who affect each other’s lives and support each other through tumultuous experiences.

The women are sent from England to Australia as punishment, but also, Ms. Kline adds, “they were being sent over as breeders by the British government. They founded a penal colony, and then they realize that they need to populate it. 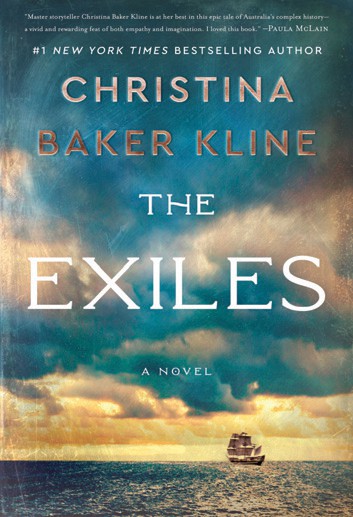 “But that’s changing, I hope.”

Ms, Kline is the keynote speaker for this year’s Sanibel Island Writers Conference, presented by Florida Gulf Coast University and held online this year because of the pandemic. Called Sanibel Online, the conference runs from noon to 8 p.m. Saturday, Oct. 24 and noon to 7 p.m. on Sunday, Oct. 25. The conference — which is free this year — will be available on Facebook. There are plans to present it on YouTube as well. 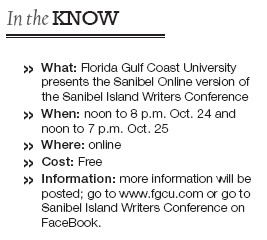 Ms. Kline will be in conversation with bestselling novelist/ memoirist Joyce Maynard Saturday evening and talk about writing and craft.

Ms. Kline is a No. 1 New York Times bestselling author of eight novels, which have been published in 40 countries. Her books, chosen by hundreds of communities, universities and schools as a “One Book, One Read” selection, also include “Orphan Train” and “A Piece of the World.”

More than two dozen best-selling authors, editors and agents will speak at the two-day event.

“It’s not like it is in person, where a single presenter holds a class and workshop and imparts lessons with a lecture or writing prompts,” says the conference’s founder and co-director, Tom DeMarchi. “Given the online format, and what we’ve seen online, what works and what doesn’t, someone talking to you for 45 minutes wouldn’t be all that riveting.”

So sessions will consist of two or more people in conversation for 45 to 50 minutes about a specific topic, such as Nick Flynn and Camille Dungy talking about how they write both poetry and memoir, or John Dufresne, Beth Ann Fennelly and Mr. DeMarchi discussing micro-narratives.

The individual sessions, to be announced online soon, will be separated by 10- to 15-minute breaks.

“I would of course prefer we weren’t in the middle of a pandemic, and we could all get together on the island, but given that the situation is what it is, I’m really grateful we’re able to proceed online,” says Mr. DeMarchi. “In some ways, we’ll be able to reach a broader audience than we would normally. In-person, at the conference, we’re limited by space, in terms of how many people can attend. Online, it’s unlimited. So we’ll reach a much broader audience than if we had held it in person.”

For more information, visit www.fgcu.edu/siwc or go to Sanibel Island Writers Conference on