The conch shell flag is the visual representation of the Conch Republic, the micronation created when Key West “seceded” from the United States back in the early 1980s. COURTESY PHOTO

Wandering Key West’s mostly empty streets lately feels a little apocalyptic. Bar windows are dark, storefronts are shuttered, the air is silent and still. If you had just emerged from an isolated 12-day sojourn in the desert, à la Jared Leto, you might think you had stepped into a dystopian novel set in paradise. But compared to the following historic events, COVID-19 quarantine is hardly the strangest thing to ever happen in Key West…

Here at the end of the road, we believe that everyone should be free to let their freak flag fly. And we’ve taken that ethos quite literally, creating our own brand of banner that blows amongst the palm fronds bright blue fabric emblazoned with a burning yellow sun, a shining conch shell at its center. That image is the visual representation of the Conch Republic, the micronation created when Key West “seceded” from the United States back in the early 1980s.

On April 23, 1982, in an effort to reduce narcotics trafficking and illegal immigration, the U.S. Border Patrol set up a checkpoint roadblock outside of Skeeter’s Last Chance Saloon on U.S. 1, the only road connecting the Keys to the mainland. A massive traffic snarl resulted, stymying both residents and visitors. Though the checkpoint was not on an international border, visitors leaving the island were made to verify their citizenship and submit to a vehicle search in an effort to prevent undocumented immigrants from entering the U.S. through the Keys. Tourism slowed, businesses suffered and the Key West City Commission’s complaints to the U.S. federal government resulted in nothing but a sea of red tape. 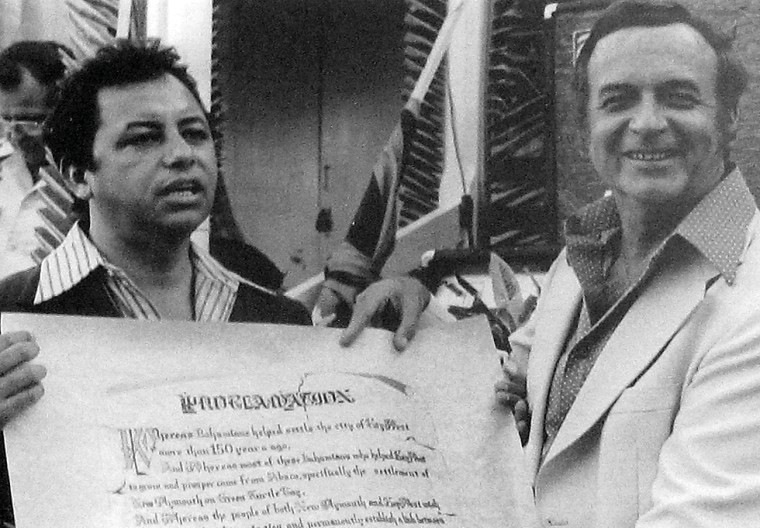 Outraged, “Skeeter” (he of the aforementioned Last Chance Saloon) teamed up with then-Key West Mayor Dennis Wardlow and several similarly pissed off residents. After an injunction to stop the blockade was denied, Mayor Wardlow stood in Mallory Square, read a proclamation of secession, and then — and this is where it gets really good — ceremoniously broke a stale loaf of Cuban bread over the head of a man dressed in a naval officer’s uniform. 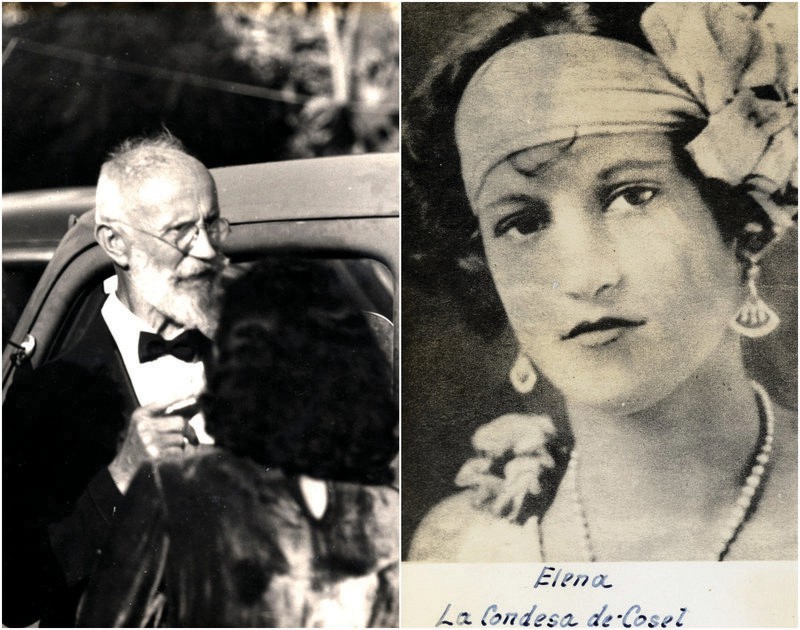 That Time the Mayor Skied to Cuba

In 1978, after being challenged by a local reporter, then-Key West Mayor Charles “Sonny” McCoy (we won’t do a deep dive into the man in his later years, but feel free to run a simple Google search and enjoy the depravity) strapped himself to a single slalom waterski and skied 110 miles to Havana. After 6 hours and 10 minutes amidst seas that swelled up to 6 feet, McCoy was met by a Cuban gunboat and escorted into Havana Harbor. 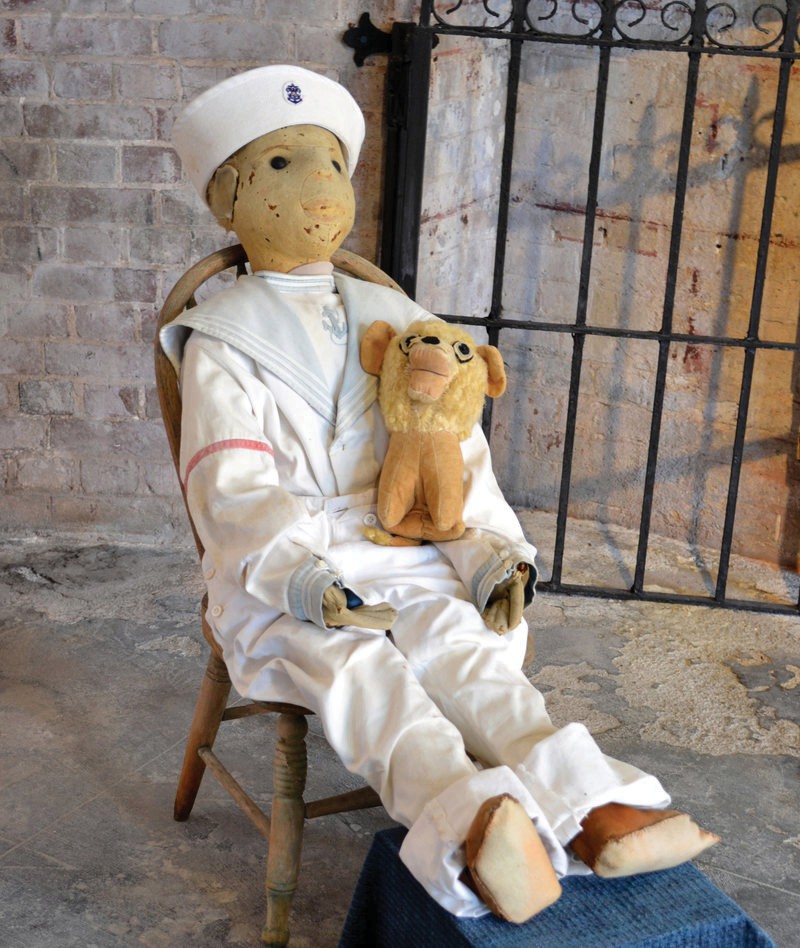 Robert the Doll (this photo was taken with his permission). KEY WEST ART & HISTORICAL SOCIETY

How it got off the ground in the first place is still a mystery, but before it was shut down, Fly Key West operated a special series of tours known as the Mile High Club — subtle, no? Passengers were offered three options for their clothing-optional flights: the Quickie, which cost $199 for 35 minutes, the Big Bone Islander, which ran $299 for 55 minutes, and the Sunset Special, which cost $349. Oh, and all flights could be videotaped on request. 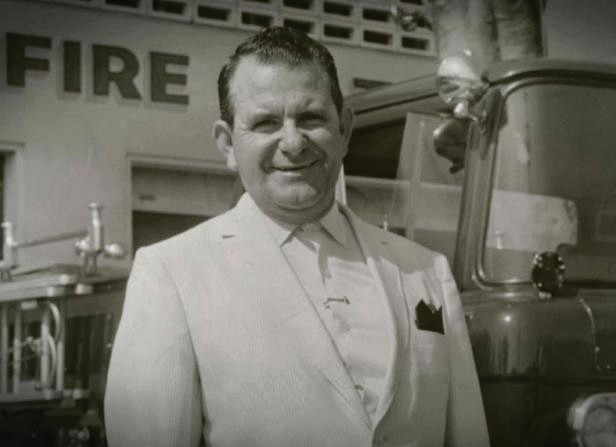 Where the hell is this guy?

One beautiful August day, a Cuban couple booked a Fly Key West tour with pilot Thomas Hayashi. Fifty miles south of the Key West International Airport, instead of pulling off their pants, the pair pulled a knife and demanded to be taken to Cuba. Hayashi tilted the plane to knock the hijackers off balance, but one of the hijackers fell into the plane’s throttle, taking the plane down into the Florida Straits. Hayashi managed to survive, but the couple was unable to escape the sinking plane. Post-coital madness or aeronautical piracy? You decide.

German immigrant Georg Karl Tanzler first laid eyes on Maria Elena Milagro de Hoyos in 1930, when he was working as an X-ray technician at the U.S. Maritime Hospital in Key West. The poor girl was stricken with tuberculosis, but von Cosel, who was old enough to be her grandfather, was convinced that she was the woman of his dreams. Count Carl, as he called himself, gave of his time and his money for Maria Elena’s medical expenses and then, when she died the following year, he provided her body with an extravagant mausoleum in the Key West Cemetery. 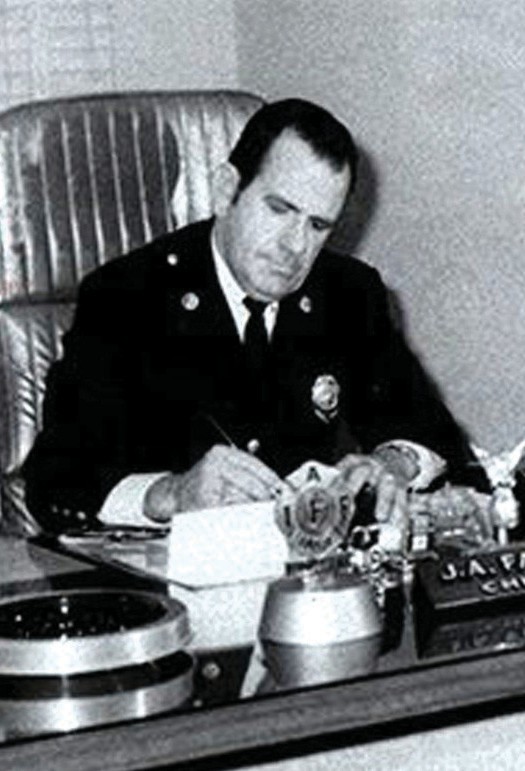 Count von Cosel was the only one with the key to the mausoleum. And late one night in 1933, he decided to bring Maria Elena’s corpse to his home. For the next seven years, von Cosel dedicated himself to the art of preservation. He stuffed her chest cavity with material to keep it from collapsing, he connected her bones with wire hangers and he doused her in perfume and formaldehyde.

Key West has always been a small town and, in 1940, news of von Cosel’s obsession traveled the coconut telegraph to reach Maria Elena’s sister. She confronted von Cosel in his home, where she discovered her sister’s mummified corpse. Although he was tried for grave-robbing, von Cosel was acquitted of all crimes — because the statute of limitations had expired. 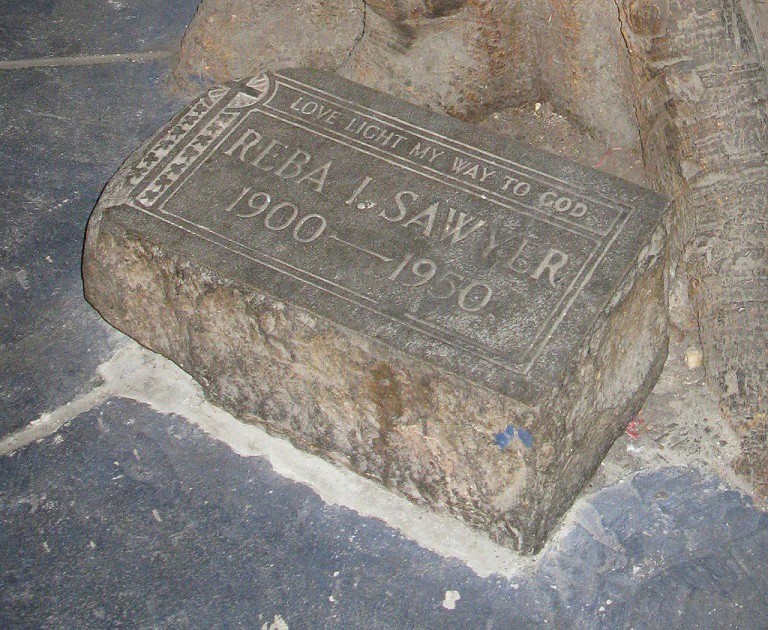 After his trial, the Count moved to Pasco Count, where he died in 1952. Near his body, authorities found a life-sized effigy of his beloved Maria Elena.

In the early 1900s, the Otto family’s Bahamian maid bestowed upon a young Robert Eugene “Gene” Otto a straw-filled doll to play with. Gene loved his life-sized doll and toted it everywhere, even naming it Robert, after himself. It wasn’t long, however, before Robert the Doll’s mischievous nature revealed itself to Gene’s family.

According to Robert the Doll legend, the Ottos would often hear Gene in his bedroom, conversing with himself in two different voices. Occasionally, the Ottos would wake in the middle of the night to the sound of Gene screaming, only to find the frightened boy in his room, surrounded by overturned furniture. Gene would blame the mess on Robert the Doll, while the doll would glare at Gene with dead eyes from the foot of the bed.

Every time a toy would break or something unexplainable would happen in the house, Gene would say, “Robert did it!” Though the boy’s parents were suspicious of the doll’s responsibility, they did report hearing the sound of Robert giggling around the house. And passersby of the Otto’s house, which is now home to The Artist House hotel on Eaton Street, even claimed to see the doll moving from window to window upstairs.

After Gene’s parents passed away, Gene returned home with his wife, Anne, and Robert the Doll took up permanent residence in Gene’s childhood bedroom on the second floor. Anne apparently had no love for dear old Robert and, after Gene departed this mortal coil, she locked the doll in a trunk in the attic. Many years after her death, the doll was donated to the Key West Art & Historical Society.

Robert the Doll now lives at the Fort East Martello Museum, where he still has an eerie presence. The walls surrounding the glass case in which he sits are covered in dozens of letters from previous visitors who have snapped photographs without permission, begging for Robert’s forgiveness and asking him to remove any curse he has cast upon them.

The dark history behind a legendary watering hole

Josie “Joe” Russell opened the original Sloppy Joe’s (yes, the one Ernest Hemingway made famous) on Greene Street in 1933. When the rent was raised from $3 to $4 a week in 1937 — a change equivalent to about $18.35 a week in today’s market, which will make many Key West residents weep — Russell moved to the current Duval Street location.

But before Sloppy Joe’s was even a twinkle in Joe Russell’s rumrunning, Prohibition-flouting eyes, the spot where Captain Tony’s Saloon now sits has quite the unexpected — and macabre — history. For example, the tree that sits in the middle of the bar wasn’t always an indoor tree. Instead, it was once the centerpiece of an open courtyard, which may have been better termed an open court, for the tree served as the gallows from which pirates and other criminals were hanged for their transgressions.

Originally built as an ice house in the 1850s, in its storied past the building saw time as both a morgue and a bordello. During renovations in the 1980s, the floorboards were ripped up, revealing the bones of at least a dozen people. Among them was a gravestone for a young woman named Elvira Drew. Drew was married to an abusive, alcoholic man and was hanged in 1822 for killing her husband — “Stand Your Ground” apparently wasn’t a valid defense at the time. Her headstone now sits beside the pool table inside the bar, along with the gravestone belonging to Reba I. Sawyer.

Sawyer’s tombstone, however, wasn’t always found inside Captain Tony’s. After Sawyer’s death, her husband found scandalous letters between his wife and another man detailing the trysts they engaged in at Captain Tony’s Saloon. The cuckolded widower went to the Key West Cemetery and dragged his cheating partner’s tombstone into the bar, where it now lies underfoot among the many others.

Where the hell is Bum Farto?

The story of the disappearance of legendary Key West fire chief Joseph “Bum” Farto is as thrilling as true crime gets in Key West. Back in the ‘70s, Farto was known as the island’s equivalent of Jimmy Hoffa. While awaiting sentencing on drug trafficking charges in 1976 (the man was selling cocaine out of a Key West fire station), Farto fell off the face of the Earth and theories on his mysterious disappearance abound. There are those who believe he escaped to Central America, while others are convinced he was kidnapped and killed by members of a drug cartel. Hell, even Jimmy Buffett sang about his disappearance.

At this point, Farto would be pushing 100 years old, so chances are slim that he’s even still alive. But his desk and uniforms (and maybe even his ghost) are all on display at the Key West Firehouse Museum. Some doggedly curious locals (I’m looking at you, Sloan and Perkins) are still actively seeking information on his whereabouts, but in the meantime you can read up on the mystery at www.findbumfarto.com. ¦