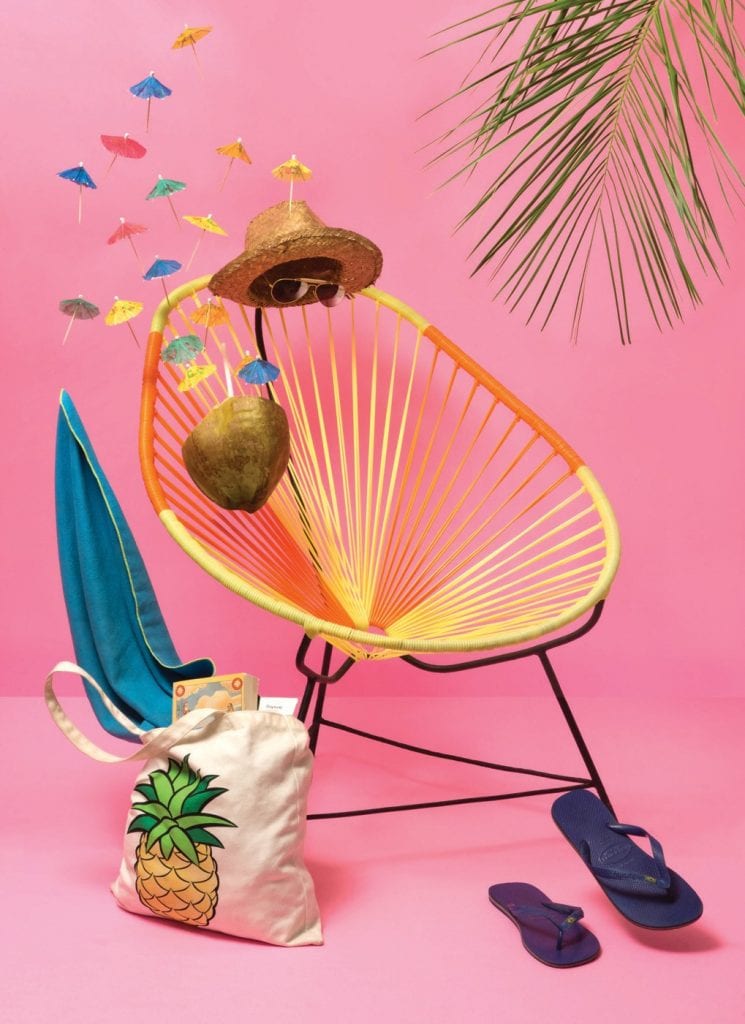 Chin up! It’s not a hot flash, just hot. You’re not the only one ripping your undergarments off in bed at night in a last-ditch attempt to cool down. After this record-setting summer, Marilyn Monroe was absolutely on the right track about chilling her panties in the freezer. While night offers some relief, the happy hours, never-ending whirlwind of fundraisers and locals’ specials during the day will inevitably force you to venture outside. Here are seven mostly free and slightly unusual locations that will provide various levels of salvation from the sun.

Take the back entrance to the farthest right and you’ll see a bench. Pretend you’re overwhelmed by the latest HARC guidelines and let the fairly recently installed central air wash over you like a wave of tax return relief. After all, your money helped pay for this minimalist and airy remodeling, right? Kidding! Most of you in Key West haven’t filed taxes in years. 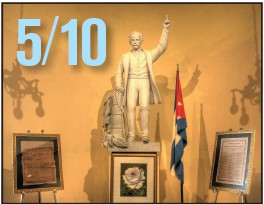 Depending on the day of the week, you can wander a bit further into the complex and be stimulated by riveting topics presented before the city commissioners. Subjects could range from why shady trees are being mysteriously cut down across the island in exchange for fairly useless palms or whether leaf blowers are a menace to society. If you’re going to soak up the cool air you might as well expose yourself to the intellectual debates of this island. You may even learn who Coffee Butler is. Who knows? Stranger things have happened chilling in City Hall.

You would never know that this historical and iconic building is open most days — with extended hours through Mall On Duval — and packs an effective but low-key central air system. In a world that seems increasingly nativist, the San Carlos Institute was formerly on the frontline of inclusivity as one of the country’s first bilingual and integrated schools. It takes a while to cool down since any efforts to install cantankerous and more robust ventilation would impinge on the building’s reverence for its original aesthetics. The trade-off, however, is the sublime silence from crowded Duval Street just outside the doors. 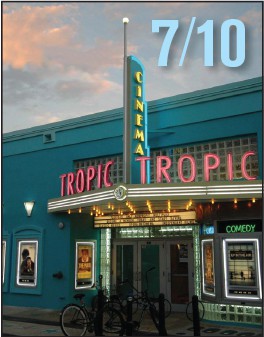 The tranquility inside is interrupted only by the incredible insights of onsite author and historian Alejandro F. Pascual. Pull up a chair, grab a magnifying glass and spend the next half hour thoughtfully perusing Cuba’s Pre-Philatelic postal history or artifacts from the life and works of José Martí. Also, check out the bathroom. It is likely bigger than your apartment.

Ahh. Timeless Tees. Stretchy. Light. Repellant of the cigarette smoke at Bobby’s Monkey Bar. I considered this collection of T-shirts a necessity this summer, as even short-sleeve shirts began to cling to my body like the unwanted pounds gained from months of previous brunching and the discovery of Dion’s fried chicken. Slowly moving to the back, toward Banana Republic’s clearance section, scores you 20 minutes of de-heating time in this nicely laid out array of dress shirts and cardigans that would bake you alive in this tropical heat. If a spandexviscose blend isn’t allowing your hushpuppies to breathe quite the way you were hoping, then at least you carefully inspected every other inch of fabric on display, buying yourself crucial indoor time in the process. 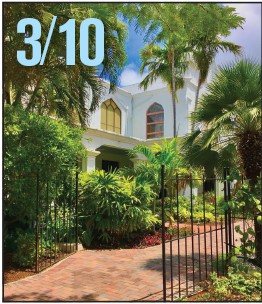 We’ve all had heavily seasoned popcorn for dinner from the Tropic. Why can’t we have it for lunch, too? Unhealthy, you say? OK. Tell that to your third glass of scotch. Grab a small popcorn and collapse into the cool air of the lounge after you give up on finding any outlets to charge your phone. Getting inquisitive stares from hovering volunteers? Meh. You technically bought something. Stare right back at them but with some empathy. After all, this is an institution that survives on the viewing of its in-house films. 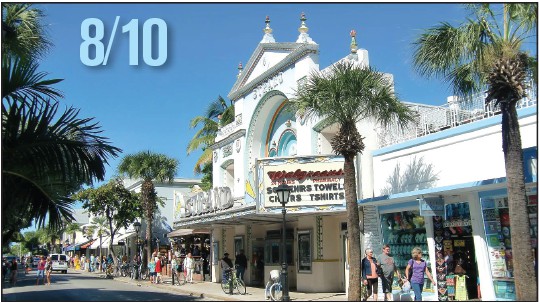 Yes, the floors are sometimes reminiscent of Port Authority but the air conditioning is heavenly. The doors being constantly open, the air curtain greets you like your favorite bartender, ready to squeeze in your order just before last call. Two sticky Fridays ago, my group of four found ourselves desperately hurtling toward Walgreen’s fluorescent glow as the outside humidity transformed our undergarments into the Atlantic Ocean.

Whether you actually have to engage in the island’s most expensive grocery shopping or conjure a pretend list while you cruise the aisles is up to you. If it’s the latter, explore the kitschy souvenir lane riddled with southernmost colors, hats for alien shaped heads and gaudy long sleeves that even a boater would readily discard in favor of the risks of vitamin D. Fritter away a cool 10 or 15 minutes as you gawk at the unbelievable volume of superfluous tourist “trapware” we produce in China.

Open to anyone not swigging a White Claw, the incredibly beautiful vaulted church can serve to quickly get you out of the sun and into some shade. Just one thing: don’t expect air conditioning. This isn’t Joel Osteen’s megachurch. Have some consideration for the economics and travails of maintaining a sanctuary that’s open most days on a street riddled with problematic partygoers, cigarette flickers and throngs of atheist tourists who knock things over in their quest to seek salvation through the perfect Instagram moment.

On my last visit to suffocate my Catholic guilt, I spotted just two standing fans inside. Save for getting a seat close to the door — that’s it! If you want to stay and pray, you get to enjoy the slightly stifling heat. It’s an improvement from the street, no doubt, but you sweaty heathens are going to want to move it along soon enough.

Positively freezing most times. An absolute nightmare for bare legs during winter. Hop on at one of the newly minted stops and wrestle a seat from a tourist’s inanimate bag. You’ll soon have your own pseudo private 15-minute tour of Old Town in furiously blasting air conditioning. Technically, you can ride this bus all day, getting on and off for refreshing beverages and bites — try a chocolate milkshake from Frita’s Burgers or the cool kelp salad at MisoHappy.

As you contemplate your regrettable decision to venture out in this heat, be advised that there is no guarantee to the diversity or quality of passengers on board this ice box with wheels. Shanghainese tourists who were bafflingly not warned about the summer heat. Lesbians from Philadelphia contemplating a move into Key West realty. A love-struck backpacker from Kazakhstan who does not understand that desperation is the most undesirable perfume. And yes, inevitably, you will encounter a third-rate Salt Life-wearing Matthew McConaughey wannabe clipping his nails.