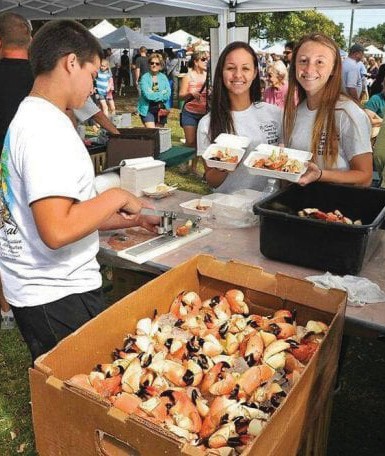 Participants line up for stone crab claws and other delicacies during a past Florida Keys Seafood Festival. COURTESY PHOTO

The Florida Keys Seafood Festival, originally set for Jan. 15-16, has been rescheduled.

The Florida Keys Fishermen’s Association board of directors voted to postpone the Florida Keys Seafood Festival fundraiser out of “an abundance of caution with new COVID outbreaks and the resulting lack of volunteers to successfully operate a festival meeting our highest level of standards,” the group wrote in an email.

Presented by the Florida Keys Commercial Fishermen’s Association, the gathering was conceived to showcase regional seafood and generate awareness about the history and significance of the Keys’ commercial fishing industry.

The menu also includes such favorite dishes as conch chowder, ceviche and fritters, as well as traditional flan and Key lime pie. Soft drinks, beer, wine and other libations are to be available for purchase as well.