Tailored book suggestions for those who’ve already watched everything 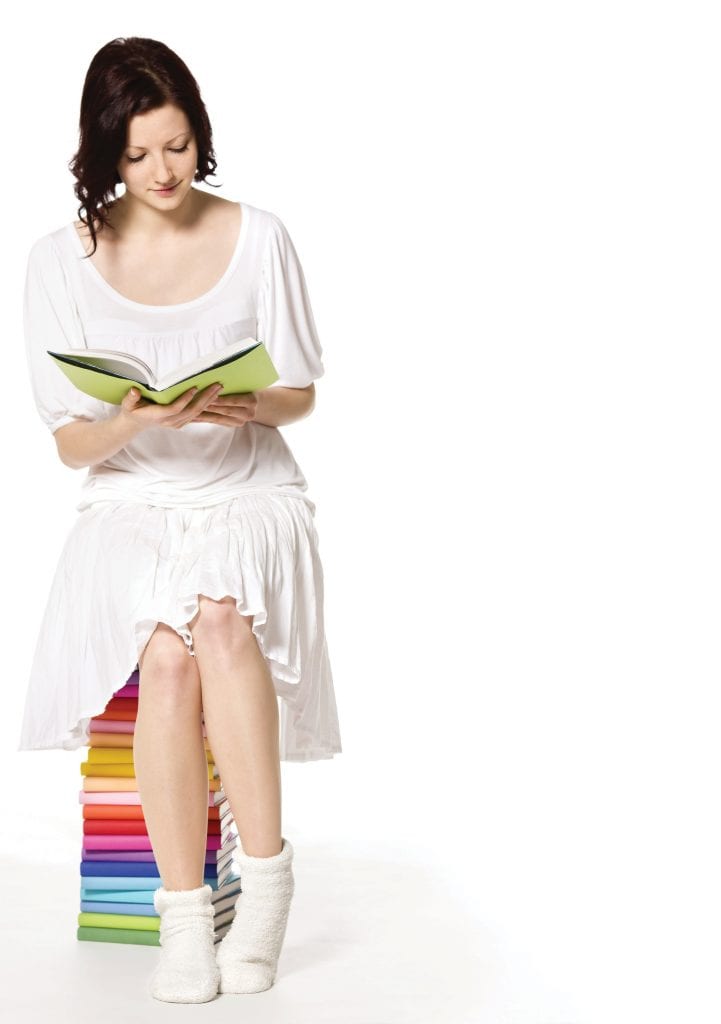 You’ve watched everything on Netflix, HBO, Showtime, Hulu, Amazon Prime and every streaming service known, as well as the networks.

There are no more new episodes of “Narcos.”

And how many times can you re-watch old episodes of “Sex and the City”?

There’s no real sports on TV.

What can you do?

You have the time. And there are books that are just as good, if not better, than what you love to watch. Really.

Here are some suggestions.

¦ If you miss watching baseball

Read “The Cactus League” by Emily Nemens, editor of “The Paris Review” magazine. This 2020 novel looks at the life and career of James Goodyear, star outfielder for the Los Angeles Lions, as he goes through spring training in Scottsdale, Ariz. Narrated by an experienced sportswriter and written in nine innings, these series of interconnected chapters look at the outfielder’s life from the view of a batting coach, a sports agent, a baseball groupie and others entwined with his life. 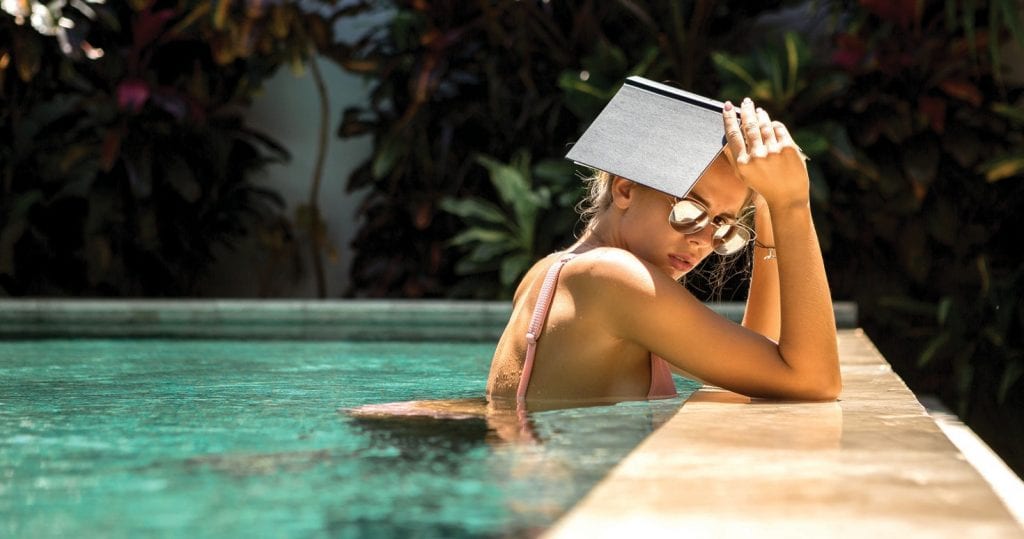 Ms. Nemens possesses an insider’s view of baseball, a fan’s love for the game and a poet’s lyrical eye. “The Cactus League” is probably one of the best novels written about baseball since W.P. Kinsella’s “Shoeless Joe.”

¦ If you miss watching “Narcos”

Read: Don Winslow’s trilogy, starting with “The Power of the Dog,” then “The Cartel” and “The Border.” ‘It’s about internal borders, about ethical borders, moral borders, political borders, and whether we cross them or not,” the author told “CBS Sunday Morning.” “And if we cross them, can we ever cross back?” (The books, like his bestselling novel “The Force,” will be made into movies by Ridley Scott.) 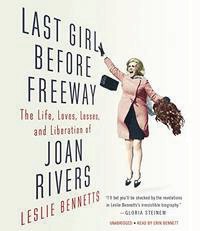 And read “ZeroZeroZero” by Roberto Saviano. This internationally bestselling author of the nonfiction book “Gomorrah,” about the Neapolitan mob, has written a nonfiction book about global cocaine trafficking. As the book’s dust jacket explains,

“ ‘Zero zero zero’ flour is the finest, whitest flour. It is also the nickname among narcotraffickers for the purist cocaine in the market.”

And the tagline on the cover says, “Look at cocaine and all you see is powder. Look through cocaine and you see the world.”

Amazon made a series with the same name, “ZeroZeroZero,” inspired by the book.

Read: “Last Girl Before Freeway: The Life, Loves, Losses and Liberation of Joan Rivers,” by Leslie Bennetts, a gripping biography of pioneering stand-up comedian Joan Rivers. It was –and still is—a tough field for women, male-dominated and sexist, but Joan Rivers was tougher. And even when she didn’t have to, she kept working later in life and remained relevant. This book looks at the ups and downs of her career and life, her successes, failures and triumphs. 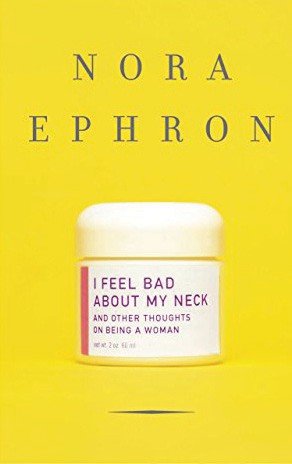 And also check out “Just the Funny Parts: …and a Few Hard Truths About Sneaking into the Hollywood Boys’ Club” by Nell Scovell. This is a behind the scenes look from a woman who wrote for “The Simpsons,” “Murphy Brown,” “The Muppets” and “Late Night With David Letterman.” (She was only the second woman to write for his show.) She also created and executive produced “Sabrina, The Teenage Witch.” A funny and sad look at how comedy writing, even in the 21st century, is still a boy’s club. 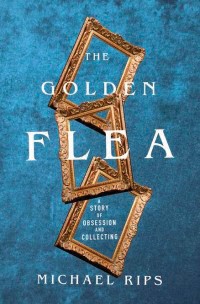 Check out the novels of George Pelecanos and Richard Price. George Pelecanos was a writer and producer for “The Wire,” which its creator, David Simon, called “a novel for television.” The series was set in Baltimore; Mr. Pelecanos’s books are mostly set in the inner city of Washington D.C. Richard Price, who also wrote for “The Wire,” is known for his own gritty novels, often set in nearby New York and New Jersey. Different characters, but the same streetwise attitude and atmosphere. ¦ If you miss “Sex and the City” Check out the writing of Nora Ephron, including her essays in books such as “I Feel Bad About My Neck and Other Thoughts on Being a Woman” and novels such as “Heartburn,” based partially upon her experience of her husband cheating on her while she was pregnant. Her first book was called “Wallflower at the Orgy” and the latest, published after her death, was a compilation, “The Most of Nora Ephron.” 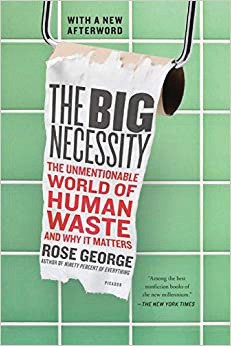 Nora Ephron was also a journalist, playwright, screenwriter and movie director, with films such as “When Harry Met Sally,” “Sleepless in Seattle” and “Julie and Julia.”

¦ If you can’t wait for the next season of “Westworld”

Read the novels of William Gibson, set in futuristic worlds. One of the founders of the cyberpunk literary movement, he’s known for coining the word “cyberspace” in his 1984 novel, “Neuromancer.”

His most recent novel, “Agency,” which came out this year, is about an artificial intelligence that not only gains self-awareness but self-governance; she has agency over herself.

Read “Do Androids Dream of Electric Sheep?” by Philip K. Dick, which became the basis for the film “Blade Runner.” Also check out “Future Noir: The Making of Blade Runner” by Paul M. Sammon. 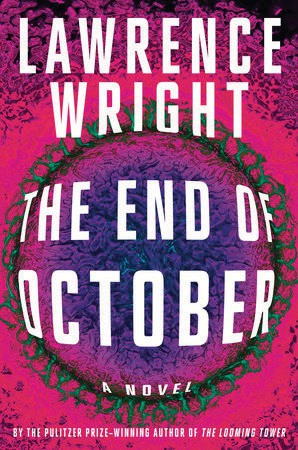 She gives a 100-year history of her family and the shotgun house they lived in, in New Orleans East. The yellow house, sadly, was torn down after Hurricane Katrina. This is a story of history, race, love, struggle, family and home. It is so well-written, you want to read it slowly, to savor the finely crafted sentences.

As Martha Anne Toll, in her NPR review said: “Sarah M. Broom is a writer of great intellect and breadth. She embraces momentous subjects. ‘The Yellow House’ is about the relentless divestment of wealth from the African- American family no matter how hard its members work; and our government’s failure to protect its poor from predictable environmental catastrophe and subsequent trauma; and our gross neglect of poor neighborhoods; and sham promises that never materialize or are broken too easily, and the papering over of deep systemic problems by politicians and we the people.”

Read “The Golden Flea: A Story of Obsession and Collecting” by Michael Rips. A loving look at the quirky Chelsea

Flea Market on Manhattan’s west side, the idiosyncratic vendors (one of whom sings to attract customers) and the author’s own growing obsession with collecting. In addition to books, clothing and paintings, the flea market sold everything from doll limbs to fake eyes to African beads to statues of Buddha. Andy Warhol shopped there in the ’80s. Attending regularly over the years, Mr. Rips becomes accepted as part of the vendors’ inner circle, learning their backstories and even watching their wares for them so they could go grab a quick sandwich. He found his tribe. This is their story.

Books for our time

And if you’re looking for books that speak to our current situation, here are some suggestions:

¦ This pandemic has got me thinking about toilet paper and sewage more than I ever have before.

Read: “The Big Necessity: The Unmentionable World of Human Waste and Why It Matters” by Rose George

We’re thankful for toilet paper. We should be thankful for our sewage system too. “The Big Necessity” talks about how 40 percent of the world’s population (about 2.6 billion people) doesn’t have sanitary systems to dispose of their waste and notes that having access to a toilet typically adds 20 years to a person’s life.

¦ This pandemic has made me want to read how fictional characters have dealt with something similar.

“The End of October: A Novel” by Lawrence Wright, a staff writer at The New Yorker, was released in late April. The plot reads as if the author could see into the future: In Spring of 2020, a deadly virus starts in Indonesia and spreads throughout the world. “A kiss, a cough, a casual handshake could kill,” he writes. “Disease was more powerful than armies. Disease was more arbitrary than terrorism. Disease was crueler than human imagination.”

Calling it “a disturbing, eerily timed novel,” Kirkus Reviews says that this thriller features “accounts of past plagues and pandemics, descriptions of pathogens and how they work, and dark notes about global warming …”

Mr. Wright is the author of previous nonfiction books, including the Pulitzer Prize-winning “The Looming Tower: Al- Queda and the Road to 9/11.”

Emily St. John Mandel’s “Station Eleven” is a dystopian novel about what happens after a pandemic of a fictional swine flu, or “Georgia flu,” wipes out most of the population. This stunning, critically acclaimed 2014 novel shows the hard life survivors face, but also shows that even in the most darkest and difficult times, art endures. (HBO is going to adapt this novel into a 10-episode mini-series. But do yourself a favor and read the book first.)

“Year of Wonders: A Novel of the Plague” by Geraldine Brooks is about a mountain English village that chooses to quarantine itself during the plague of 1666. But the disease spreads, through an infected bolt of cloth, and, when death comes, villagers turn to witch-hunting. Ms. Brooks, who has written international bestsellers, received the Pulitzer Prize for her novel “March.”

And read Thomas Mullen’s “The Last Town on Earth,” a novel about Commonwealth, a small mill town in the Pacific Northwest, set during the 1918 Spanish Influenza. To protect themselves against the epidemic, the town votes to selfquarantine. But one night, when the son of the town’s founder is on guard duty, he’s approached by a tired and hungry soldier, who also appears to be ill. Shots ring out and life is changed.

These are just a few of the many novels that deal with pandemics, the plague, quarantine and/or self-isolation.

¦ If you are just looking for some reassurance of kindness in the world, and/or feel as if your own world has been shaken up

Read: “This is Chance! The Shaking of an All-American City, A Voice That Held It Together” by Jon Mooallem. In 1964, Anchorage, Alaska, suffered an earthquake that registered 9.2 on the Richter Scale. Genie Chance, a part-time reporter and only woman on the news staff of radio station KEMI, broadcast for 30 hours to let the city know what was happening and provide comfort, exhibiting both the importance of radio and news reporting. As a neighbor of hers said, “Information is a form of comfort.”

The local theater was going to put on a performance of Thornton Wilder’s “Our Town,” and Mr. Mooallem cleverly uses that classic play as a way of telling the story of this “all-American city.”

And though this event happened over 50 years ago, on the other side of the country, here’s why it’s relevant. Mr. Mooallem writes: “It wasn’t as though, before the quake, people in Anchorage pictured these things happening and dismissed them as impossible; they just never pictured them. They couldn’t. More to the point: Why would they? Like all of us, they looked around and registered what they saw as stabile and permanent: A world that just was. “But there are moments when the world we take for granted instantaneously changes; when reality is abruptly upended and the unimaginable overwhelms real life. We don’t walk around thinking about that instability, but we know it’s always there: at random, and without warning, a kind of terrible magic can switch on and scramble our lives.”

Also, read the novels of Anne Tyler, Elizabeth Berg and Maeve Binchley, which are as comforting as sitting down at a kitchen table and having tea with a good friend.

And check out Alexander McCall Smith’s “The No. 1 Ladies Detective” series, set in Botswana. Precious Ramotswe, a “traditionally built woman,” opens a detective agency. Mr. Smith is incredibly adept at pointing out human foibles, but treats his characters gently. There are now 20 titles in this series, which began in 1998.

And while his people face everyday problems and dilemmas, Precious manages to solve them, and all is well in the end. ¦