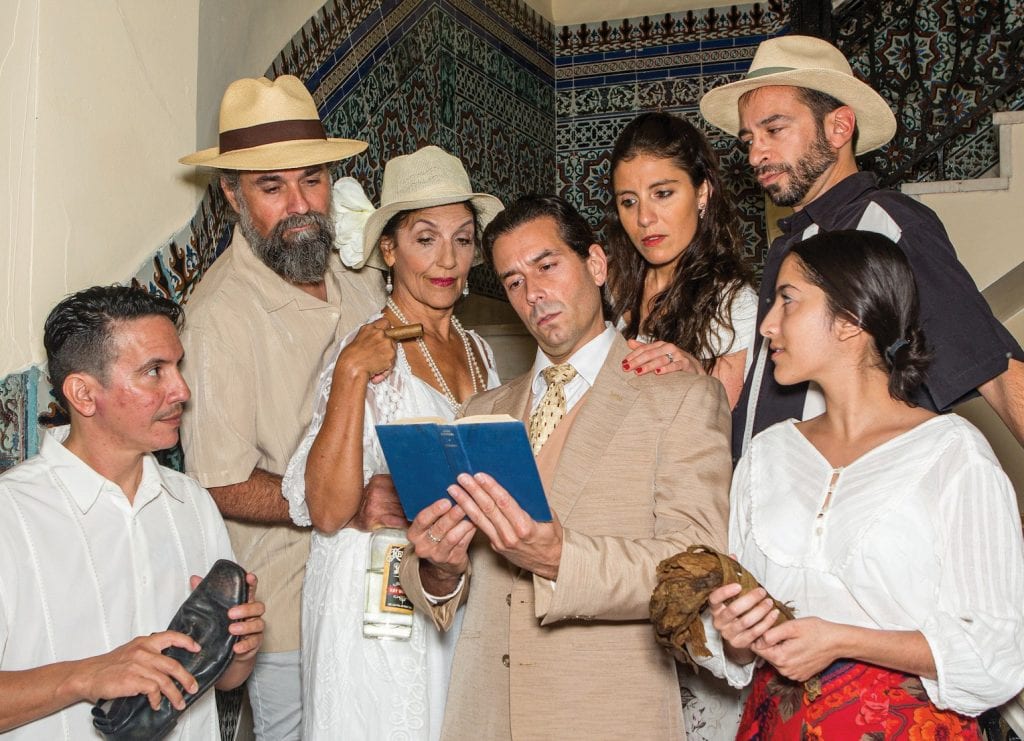 Key West history comes vividly to life on stage when The Studios of Key West presents “Anna in the Tropics,” the Pulitzer Prize-winning play by Cuban-American playwright Nilo Cruz. Set against the backdrop of a cigar factory during the Prohibition Era, the show is directed by Dennis Zacek, Artistic Director Emeritus of Victory Gardens Theater in Chicago, and runs Feb. 19-29 in the Helmerich Theater (533 Eaton St.).

Though the original script for “Anna in the Tropics” is set in Ybor City (Tampa), by special permission from the playwright, this production has been adapted to take place in Key West. Set at a time when many Cubans immigrated to Florida to work in cigar factories, the play recounts the tradition of the lector, a person hired to educate and entertain workers by reading aloud to them as they hand-rolled cigars.

As the play opens, there’s much to celebrate with the arrival of the dashing new lector, Juan Julian. But when Julian begins to read Tolstoy’s “Anna Karenina” at the factory, the novel strikes a powerful chord with the workers and sets imaginations aflame, opening a door to romance, chaos and violence. 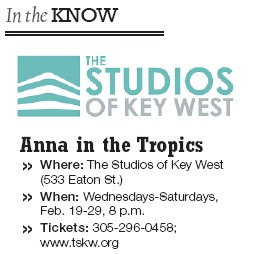 “The play is perfect for Key West audiences. It celebrates the cultural history of Cuban immigrants and an era of tropical nights shrouded in cigar smoke,” says director Dennis Zacek. “And thanks to the diversity of the Key West acting community, we’re delighted that our production features a remarkably talented, and predominantly Latinx, cast.”

At one point in history, Key West was known as the cigar manufacturing capital of the world, producing 100 million hand-rolled cigars each year. This prosperous period is brilliantly illustrated in the work of Key West artist Mario Sanchez (1909-2005), who was acclaimed before his death in 2005 as “the 20th century’s greatest living Cuban-American folk artist.”

One of Sanchez’s most iconic works is “The Reader and the Cigar Makers,” a depiction of Mario’s father, a lector, reading to factory workers at the Eduard J. Gato Cigar Factory, which stills stands at 1100 Simonton St. The historic intaglio now hangs in the Smithsonian American Art Museum.

“Like some of Key West’s most beloved art and architecture, this play depicts a part of the island’s heritage,” says Elena Devers, deputy director of The Studios. “It beautifully illustrates a time when cigars were rolled by hand and lectors were an essential part of Key West’s vitality.”

Some of Key West’s finest actors have joined forces with up-and-coming talent for this production, including Christian Haler, Mira Negron, Francesca Silva, Mathias Maloff, Aramis Ikatu and Daniel T. Bochlas. Rounding out the cast is Brooklyn actress Nayem Cardenas- Lopez, whom audiences may remember from last season’s “Alligator Alley” at The Studios.

Dennis Zacek’s recent directorial work at The Studios includes the mounting of Simon Stephens’ play “Heisenberg” in 2018, and David Harrower’s “Blackbird” in 2017. Prior to that he was Resident Director with Fringe Theater Key West.

“Anna in the Tropics” opens Feb. 19 at The Studios of Key West’s Helmerich Theater and runs Wednesday through Saturday nights through Feb. 29, with shows at 8 p.m. Ticket prices range from $100 to $45 (plus a $10 discount for Studios’ members), and can be purchased at www.tskw.org or by calling 305-296- 0458. Discounted tickets are available for teachers and special interest groups by contacting Elena Devers at elena@tskw.org. ¦