Key West Pottery is a working pottery studio and art gallery dedicated to showcasing the connection between humans and nature. COURTESY PHOTOS 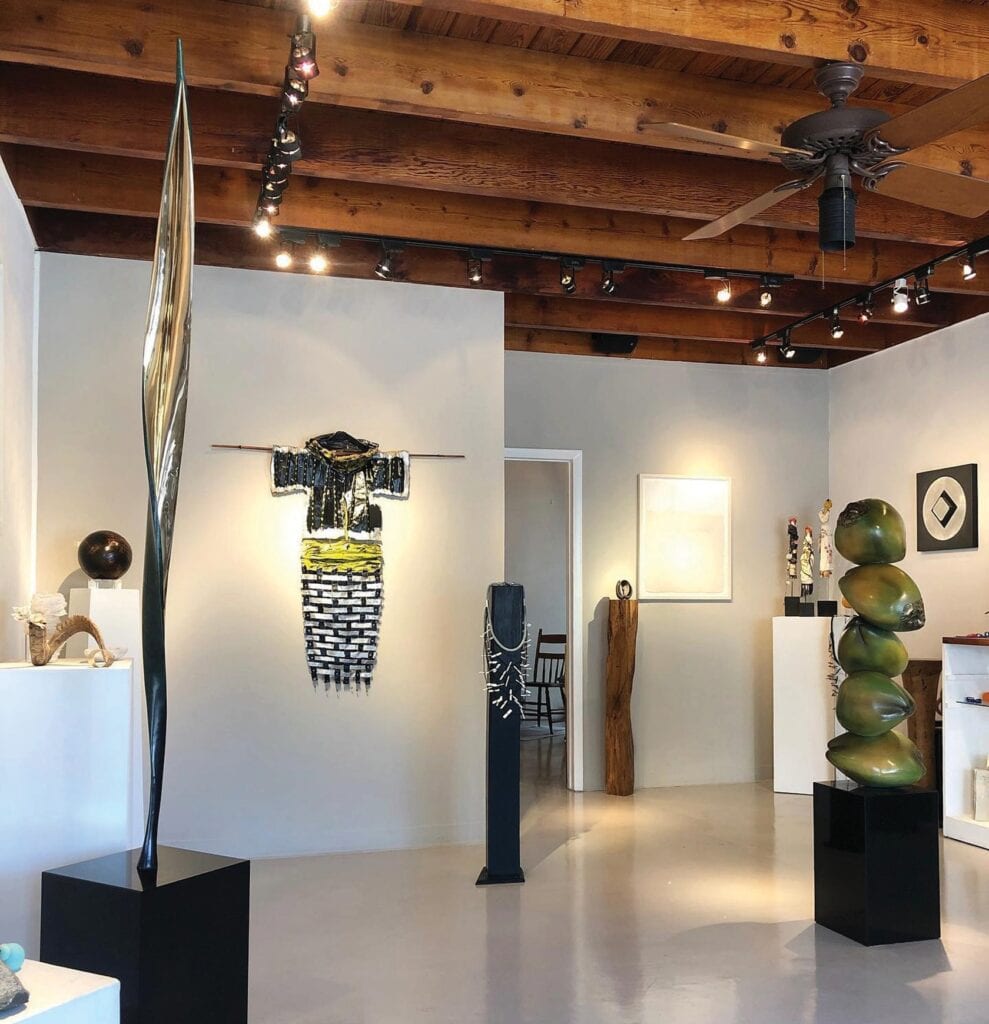 The Harrison Gallery, owned by Helen and Ben Harrison, has been in Key West for 30 years. 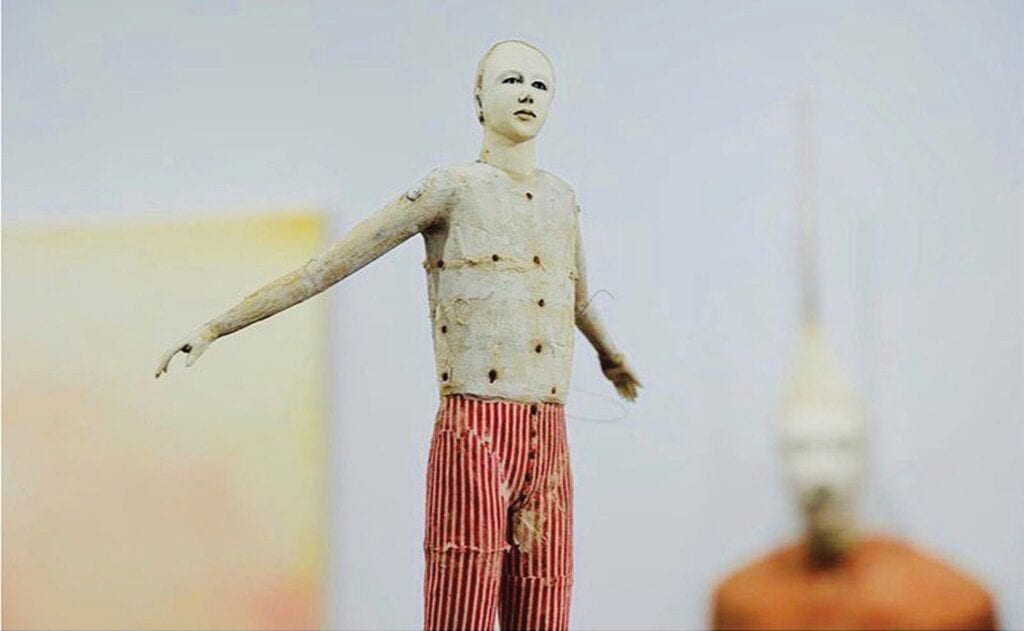 ABOVE: Jag Gallery is the newest addition to the Key West gallery scene. Pictured: A piece by Cathy Rose from the “Dreaming” exhibit.

Under the helm of the visionary Nance Frank, the Gallery on Greene (606 Greene St.; 305-304-2323) is perhaps the most highly curated, stylistically diverse gallery in Key West. A true innovator in her own right, Ms. Frank had the incredible foresight to mine Cuba’s vibrant art scene as a means to connect Key West’s deep Cuban tradition to its roots before Cuban tourism was even possible, let alone trendy, for American citizens. Perhaps the most lasting mark that Ms. Frank has imprinted on Key West’s art history is her passion for self-taught Cuban-American folk artist Mario Sanchez, a man who has been called the most important 20th century artist of his kind. The bulk of Mr. Sanchez’s pieces are bas relief wood intaglios, typically depicting vibrantly colored scenes of everyday life in Key West and rendering immortal the Cuban cultural heritage of Key West in the early 20th century. The Gallery on Greene is committed to representing the distinctive Key West artistic style, packed wall to wall with pieces from “some of the most talented artists within 100 miles, like Peter Vey, Mario Sanchez, Suzie DePoo, Jeff MacNelly and many artists from Cuba,” Ms. Frank says. 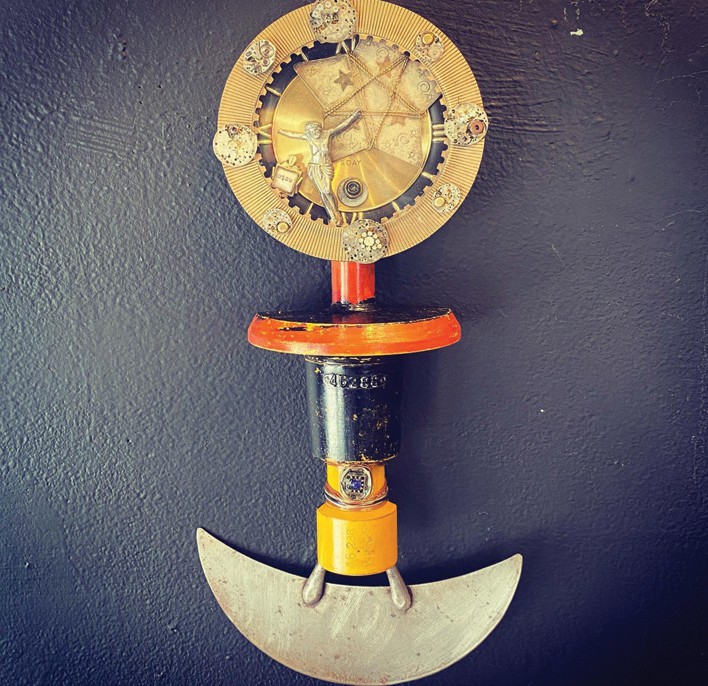 A more recent addition to the Key West gallery scene, Jag Gallery (1075 Duval St., Space C23; 305-294-0609) is like a super cool younger sibling who somehow has clout and cred way beyond her years. Jag’s roster of artists includes some of the most heavy-hitting names in Key West art — John Martini, Carol Munder, Susan Sugar, AD Tinkham, Rick Worth — but the gallery itself has none of the pretention you would expect from such an elite collection. The mix is contemporary and eclectic, a reflection of the island.

If you’re looking for a hyper-authentic artistic experience that puts the consumer in direct contact with the creator, Key West Pottery (1203 Duval St.; 305-900-8303) will tick all of the boxes on your wish list.

Owned by the husband-and-wife duo of Kelly Lever and Adam Russell, Key West Pottery is a working pottery studio slash art gallery that is dedicated to showcasing the meaningful connection between man and nature.

“The special thing about Key West Pottery is that we are a working studio nestled inside the fine art gallery experience,” explains co-owner Mr. Russell. “There’s been a turn toward this kind of self-representation for artists over the last number of years — maybe as a reaction to the rapidly changing marketplace, or maybe it’s actually a step back toward something more traditional. Either way, we have had a lot of success because we can show people the magic of creating something from nothing, not just as an artifact of some hidden studio — it’s happening right here in front of you. Ultimately, it’s probably more work to do it this way, but we’ve had the good fortune of becoming well known for it and we have fallen in love with this business model at the same time. After a recent expansion, our view of the future is pretty optimistic. We’re hoping to continue expanding in not only physical size but in breadth of the materials, artists and cities we work with as well. There are lots of good things ahead for Key West Pottery and the Key West creative community in general!”

In the interest of full disclosure, your Jill-of-all-trades local journalist (i.e. the author of this very article about Key West’s gallery scene) is the owner of Salt Island Provisions (830 Fleming St.; 305-517-6088), a precious boutique-cum-gallery with an obsessive focus on celebrating local artists and artisans. Unlike many of the other galleries featured in this piece, Salt rotates exhibits on a monthly basis, which allows maximum exposure for as many local artists as possible over the course of a year. Exhibits also vary in medium and genre from month to month, featuring everything from abstract oil paintings to underwater photography to mixed-media sculptures.