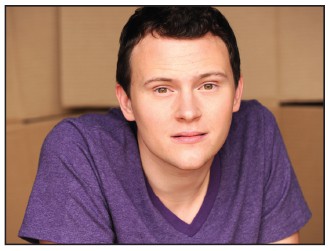 In a town full of theatrical legends (some perhaps only in their own minds), it takes a special kind of person to make waves on the stages of Key West. But if your average newcomer is a mere ripple on the surface of the ocean of Key West drama, Phillip

Cole White is the thespian incarnation of a tsunami. Including his debut on the Key West Theater stage in the winter of 2017, Phillip has already appeared in six productions in three of the most well-respected theaters in town and helped to direct the Key West High School production of “High School Musical, Jr.” last spring. It’s only been just over a year, but he’s clearly outgrown proverbial small fish status and is quickly approaching Leviathan proportions (though he’s way, way cuter than the typical sea monster). 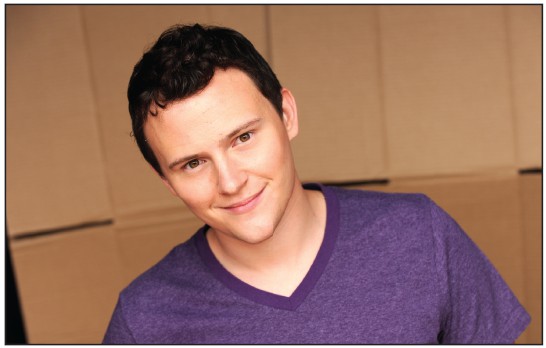 Ever emotive, Phillip has had the stage in his sights ever since he was a young child. “I was born in Dallas and raised in a suburb of Fort Worth,” he begins. “I always knew I wanted to be an actor. It was never a question. My dad was a firefighter and when I was 3 or 4 I would literally take his black firefighter T-shirt and roll it up into a wig and I would put on my red cowboy boots and pretend to be Dorothy from ‘The Wizard of Oz.’ I knew every line by heart. So, mom and dad put me in acting classes at age 4 at the Casa Mañana Theater in Fort Worth. I grew up doing community theater and some professional stuff in the area and I was highly involved in high school theater.”

Not content to let theater be a merely part-time pursuit, Phillip took his passion with him to college. “I went to Texas State University in San Marcos and graduated with a bachelor of fine arts in musical theater in 2013,” he says. “After graduation, I went back home for a bit to do a couple shows and then I moved to NYC in December 2013. I always knew I would move to New York City and pursue theater professionally. Going from Texas to New York was a huge culture shock, but I had dreamed of living and working in NYC my entire life.”

After moving to New York, Phillip wasted no time going on auditions. “I was so excited to work that I took the first gig I booked…at an Amish amusement park called Dutch Wonderland in Lancaster, Pa.,” he laughs. “Next thing I knew, I was singing Kenny Loggins and dancing next to a purple dragon for six months. I had a lot of time on my hands when I wasn’t performing, so while I was there I made and produced my YouTube series ‘Nigel Garber’ about a delusional alcoholic acting teacher. It was a creative outlet for me for the duration of my Dutch Wonderland contract and it really allowed me to explore my writers’ side.”

As much fun as he had dancing with princesses and purple dragons, Phillip knew there was a lot more he had to accomplish onstage. Enter Juliet Gray, whom we all have to thank for bringing Phillip to paradise. “I had gone to Broadway Theater Project in Tampa over the summer of 2011 under the artistic direction of the brilliant Juliet Gray,” Phillip explains. “I took to her immediately. She became a mentor of mine and, as it turns out, Juliet’s cousin Natalie is one of my dearest friends from college. In the winter of 2017, Juliet needed actors for a few productions at the Key West Theater, so my college best friend and NYC roommate Alex Zeto and I came to Key West for the first time. Working at the Key West Theater was so cool. I love all of the people involved with the Theater so much and getting to do Jon Rhoads’ and Mike Marrero’s brand-new plays was really special to me.”

Though he was an unfamiliar face, Phillip’s powerful performances in both “129 Miles from Wal-Mart” and “Oklahoma Smith and the Pantheon of Annihilation” at the Key West Theater garnered a lot of attention from fellow thespians and directors, which led to even more challenging roles. “I had met Bob Bowersox doing ‘129 Miles from Wal-Mart’ at the Key West Theater,” Phillip states. “After watching my performances, he asked me to come play Billy Bibbit in ‘One Flew Over the Cuckoo’s Nest’ at the Red Barn. I worked so hard on that role I read and studied the novel, I journaled as Billy, I meditated as Billy. I basically created a back story so rich that I literally contemplated writing a prequel about Billy’s life because I had come up with so much detailed information about his history. I had never done a speech impediment onstage before, so I worked with a speech pathologist to get the stutter down. Because I put so much work into the character, it was one of the most rewarding experiences I have ever had as an artist. I tapped into a lot of personal stuff and made so many discoveries because the role was so emotionally demanding and I wanted to inhabit that space to the best of my abilities.”

After the success of “Cuckoo’s Nest,” Juliet came to Phillip with the role of a lifetime: Hedwig Schmidt, the “slip of a girly boy” from East Berlin. “After ‘Cuckoo’s Nest’, I went back to NYC for several months and engaged in what I called ‘Destination: Hedwig,’” Phillip describes. “Hedwig has always been my absolute dream role I still get Facebook memories about wanting to play Hedwig from 12 years ago! But the role was such a precious thing to me that I had a lot of fear of and resistance to it for the longest time. I had never even sung a song from the show before in my life because it terrified me. I admire John Cameron Mitchell so much and I revered his performance so hard that it was an untouchable thing for me. When Juliet offered me the role, I remember thinking, ‘If this doesn’t go over well, it will destroy me.’ I had to face a lot of fears to take on Hedwig, but the opportunity was the opportunity of a lifetime. I feel so lucky because it couldn’t have been at a better theater with a better cast and crew. And to get to share that experience with Alex (Zeto) as Yitzhak and to have Juliet facilitate that for us is still a shock to me.”

If Phillip is a tsunami, his appearance in Hedwig was the moment when the giant wave officially hit land. The role itself is difficult to the extreme on so many levels and Phillip inhabited every inch of that rollercoaster. “Hedwig is an incredibly demanding role physically and vocally and it’s a lot of material to learn, but I love the material so much that I enjoyed every single part of the process,” he says. “It was by far the most I’ve ever had to do on stage an hour and a half of straight performance with no intermission, 12 songs and a ton of dialogue. We never started on time because I had to be mentally and emotionally ready to go on. As soon as you go on, there’s no turning back. Although the preparation is so extensive, I take great pride in doing roles like Billy Bibbit or Hedwig. Those characters are so established and so well-loved, but in both cases I was able to manifest my own interpretation of the material. My job is to bring my perspective to a role and I really feel like I was able to accomplish that. And Hedwig was like my Holy Grail. I feel like I can die happy now that I’ve done it.”

These days, Phillip is back in heels and a face full of makeup playing Rexy in “The Legend of Georgia McBride” at the Waterfront Playhouse. “I play two different characters: Jason, the lead character’s landlord and best friend, and Rexy, an alcoholic drag queen from Texas. I didn’t have to do as much background work on this one,” he laughs. “The main character is Casey, a failing Elvis impersonator in a dive bar in the Panhandle of Florida. Christopher Peterson brings in a misfit band of drag queens to revamp the bar and one day I get too drunk to go on for my Edith Piaf number. Casey goes on in my stead and becomes a sensation. I’m so excited to be a part of this production because it’s a fantastic feel-good show that leaves everyone feeling uplifted and happy at the end.”

To have accomplished all that Phillip has accomplished onstage in Key West in barely over a year would be notable for a seasoned local actor, let alone an outsider (although that term is hardly applicable these daysPhillip has quickly become an indelible part of the theatrical fabric of this island). “I feel really grateful to have worked at all three theaters in Key West, especially in such a short amount of time,” he says. “I love this place and I love these people and I’ve had an amazing time working here and I hope to come back often.”

And as for the future? “I plan to continue pursuing acting. I would love to transition from stage to screen, so we’ll see what the future holds. I also want to writethere may be more ‘Nigel Garber’ in me yet! And I’m so grateful to have Michael (Pacitti), my ever-patient partner who supports me in all that I do. I love being in Key West, but I love going home to Michael even more.”

For now, you can catch Phillip in “The Legend of Georgia McBride” at the Waterfront Playhouse until May 26. Get your tickets at www.waterfrontplayhouse.org, but don’t delay. By all accounts, this play is going to be a sellout for the duration of the run. ¦