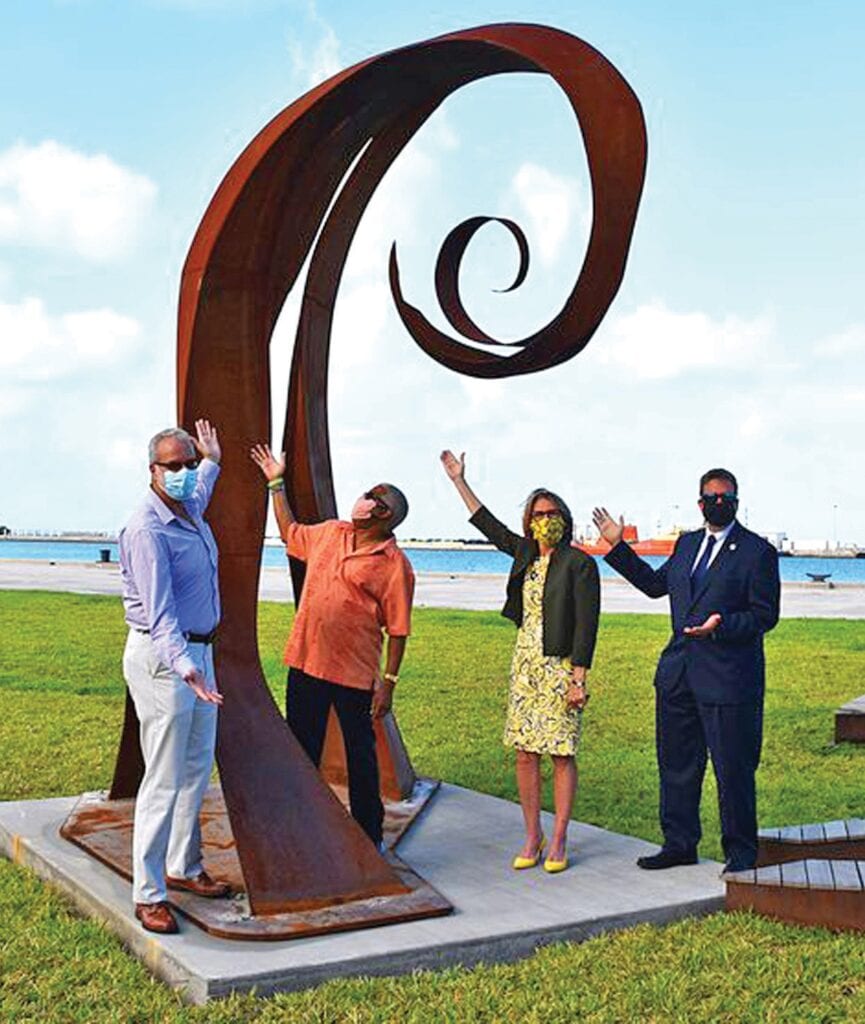 Left: Key West philanthropist John Padget and the late Jacob Dekker provided a new sculpture at the Truman Waterfront Park. “Wave Henge,” by  Damon Hamm and Jeff Sundheim, is one of 11 installations throughout the Keys, donated by Mr. Padget and Mr. Dekker and coordinated by The Florida Keys Art in Public Places projects. The sculpture is a sundial which, at each solstice and equinox, will cast a shadow on one of the surrounding structures. These structures also can serve as benches. Pictured: Commissioners Gregory Davila and Clayton Lopez, Mayor Teri Johnston and Vice Mayor Sam Kaufman. Far left: Four new art installments were installed Oct. 6 at the Duval Pocket Park as part of the City of Key West Art in Public Places program. The works installed were Bill Lorraine’s “Ann’s Girl,” Tim Marshall Curtis’ “Fishtrick,” Trish Pleasant’s “Hawksbill Reef” and Paola Effio’s “Catfish” are all on loan for the next several months. The artists and the Monroe County Council of the Arts Director Liz Young were on hand for the installations. Pictured: Paola Effio with “Catfish.” 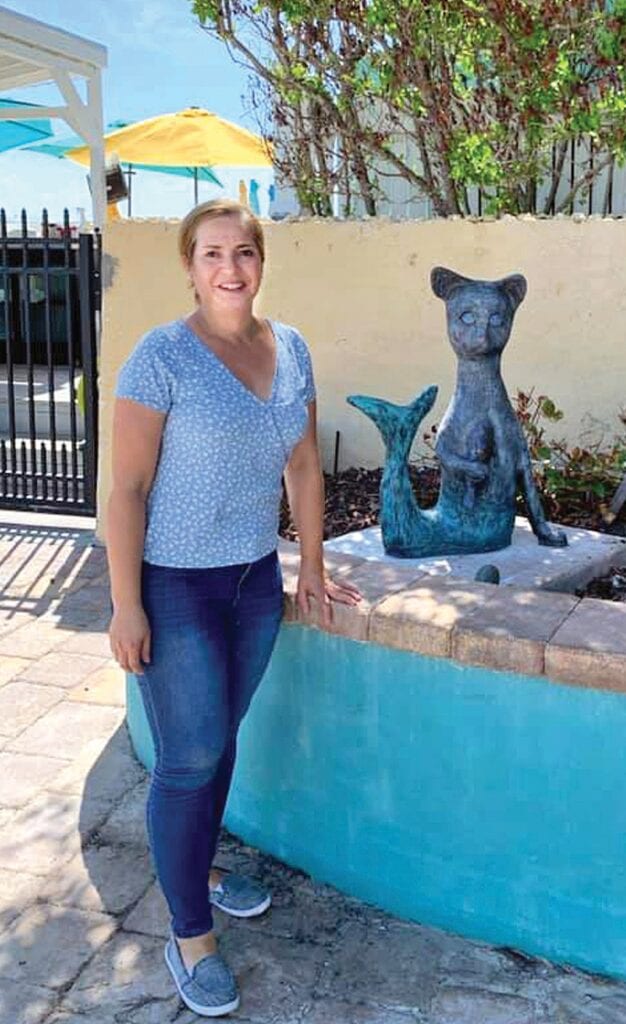 MAKING BIGGER WAVESLooking ahead to a busy seasonKEY WEST SNAPS