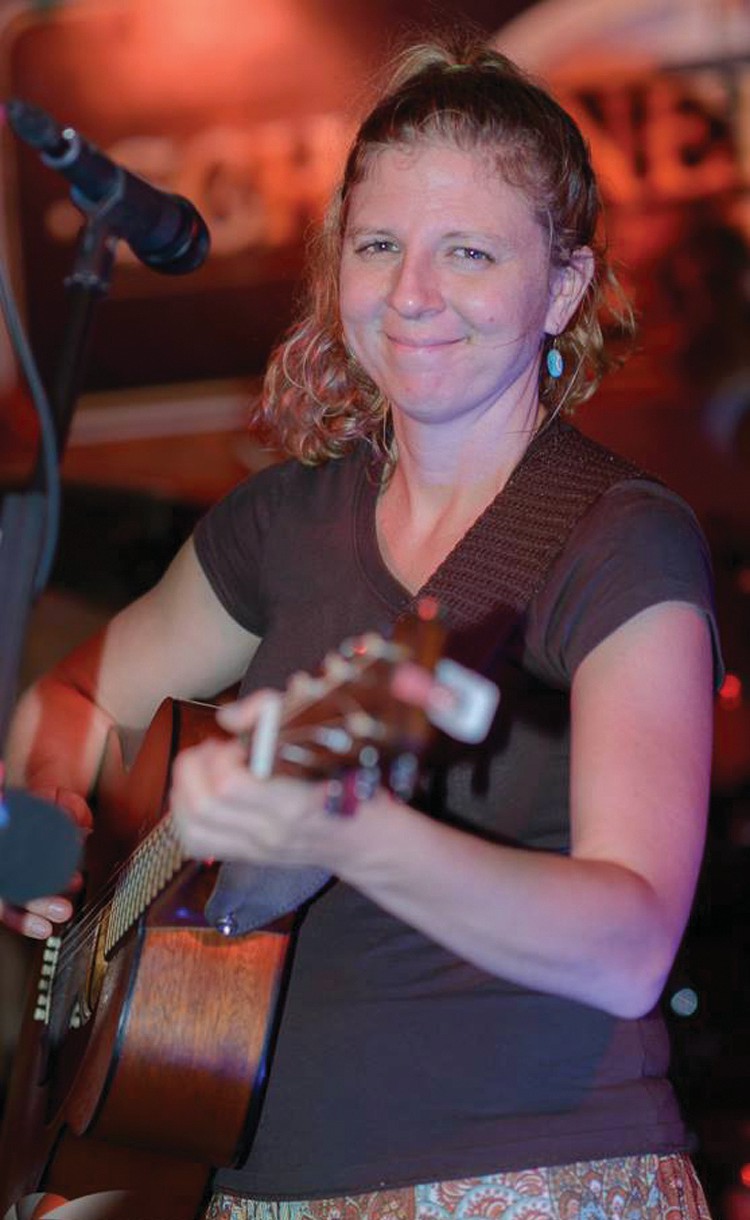 And before you ask about the last name, no. No relation.

When Emily talks about her music, you get the feeling it’s not the driver, but the vehicle. “I fell into playing music. I didn’t intentionally choose it as a career,” she said. “I use it because I feel a social responsibility. I have a sensitivity to environmental and sustainable living issues.”

With a work background in ecological preservation and an interdisciplinary humanities degree from Michigan State, Emily was inspired by respect for social consciousness and Mother Earth, which originally set her up for a career outreach case management. “I worked in horticulture. My two most influential jobs were three years growing native plants, and I helped start up BaySail, a nonprofit Appledore tall ship company based in Bay City, Mich., and their environmental education program for schools and the general public.”

She was hired to come to Fort Myers in 2010 with the company, where she worked for a couple of years, and it was during her time in Fort Myers that she got her first taste of the Florida Keys. “I visited Key West a couple of times. I loved the bougainvillea, the palm trees and the funky nature of the place.”

In her youth, Emily grew up in a musical family. “We sang in the car and around the house,” she said. “Mom was in the community choir, and dad taught me the guitar.” She studied music throughout grade school, was self-taught on acoustic guitar and received group and private vocal training as an adult. From Billie Holiday to Bobbie Gentry, Emily embraced folk, rock, jazz, reggae, American roots and more. “My influences were cross-genre. Anything I could get my hands on. World, folk, big band, oldies stations, classic rock. Dylan, Beatles, Grateful Dead.”

And yet, when she arrived in Key West, music wasn’t a priority. She kept her hands in the dirt and her eye on the sea. “For 4-1/2 years, I did landscaping for Land Creations, and I worked for Sebago.” She continued being a case worker for the Early Learning Coalition.

Then, a year after she first arrived, she began playing music. “I lived at Oceanside and was always playing with friends, like I used to do back home. My first gig was at Hogfish Bar.” She has been performing steadily as a solo vocalist in the Lower Florida Keys since 2013, with a long list of accolades. She’s a regular entertainer at Sunset Tiki Bar at the Galleon, Pincher’s Crab Shack, Boondocks, Mangrove Mama’s, Hogfish Bar, Kelly’s Caribbean Bar, and Geiger Key Marina, along with dozens of others.

She’s played at many festivals and events: the Florida Keys Ocean Festival, Wharfstock at Schooner Wharf, Grateful Summer at Boondocks, and the Key West Musicians Festival at Smokin’ Tuna, to name a few. She co-hosted the locals’ favorite Shrimp Road Bar and Grill with Gary Ek and 104.9 the X, and other open mic nights. “I’d like to say thanks to everyone who attended for teaching me stuff.”

Emily has a stockade of music piled in her set list, with a lean toward the hippie and socially conscious singer/ songwriters: Grateful Dead, Bob Marley, Gordon Lightfoot, Joni Mitchell, Bob Dylan, the Beatles, Woody Guthrie and Neil Young. But there’s also Led Zeppelin, Sublime, Alison Krauss, Doris Day, Creedence Clearwater Revival, Bachman Turner Overdrive, Blondie and Aretha Franklin thrown in for diversity, and that’s just the tip of the iceberg. She has just released her first single, “The 10c Bottle Law,” a tongue-in-cheek plea for expanded recycling programs, hoping to reach her audiences with a free-spirited, down-to-earth appreciation for the richness and fragility of life.

“I’m concerned about the direction of my art and purpose. To be inspired by, and to protect, the environment and humanitarian issues. To listen and respect each other.” It’s not surprising that in 2008, while still in college, Emily studied in Mexico to learn Spanish because she was considering a career as a migrant worker advocate.

As far as plans for the future, she’s trying to figure out a way to branch back up to Michigan again, and in the meantime, she’s collaborating with other local musicians in the recording studio. We can only have high expectations of things to come from Emily Springsteen.

What does Emily enjoy most about living and working in Key West? “The sunshine. The ocean. The horticultural splendor and interesting people.”

You can check out Emily, her music and her message every Monday (for the past three years) at the Sunset Tiki Bar at the Galleon Resort (one of the best places to watch the sunset on the island) from 2:30-5:30 p.m. On Thursdays and Fridays, you can find her playing at Pincher’s Bar on Duval Street (for two years) from noon till 4 p.m. And every Friday for the past year at Barnacle Barney’s Tiki Bar at the Bluegreen Resort up in Marathon from 6:30-9:30 p.m. ¦ 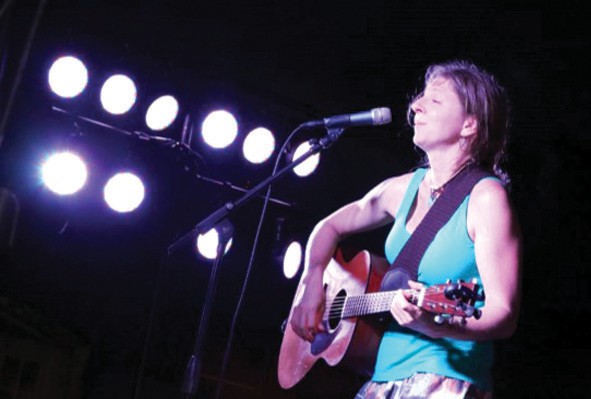 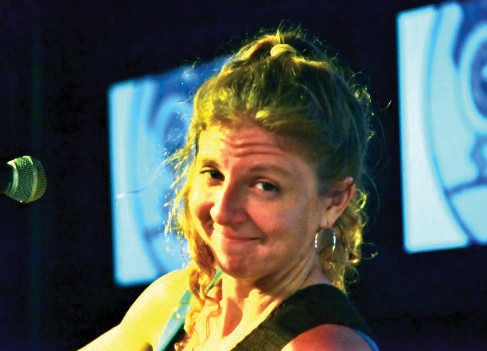