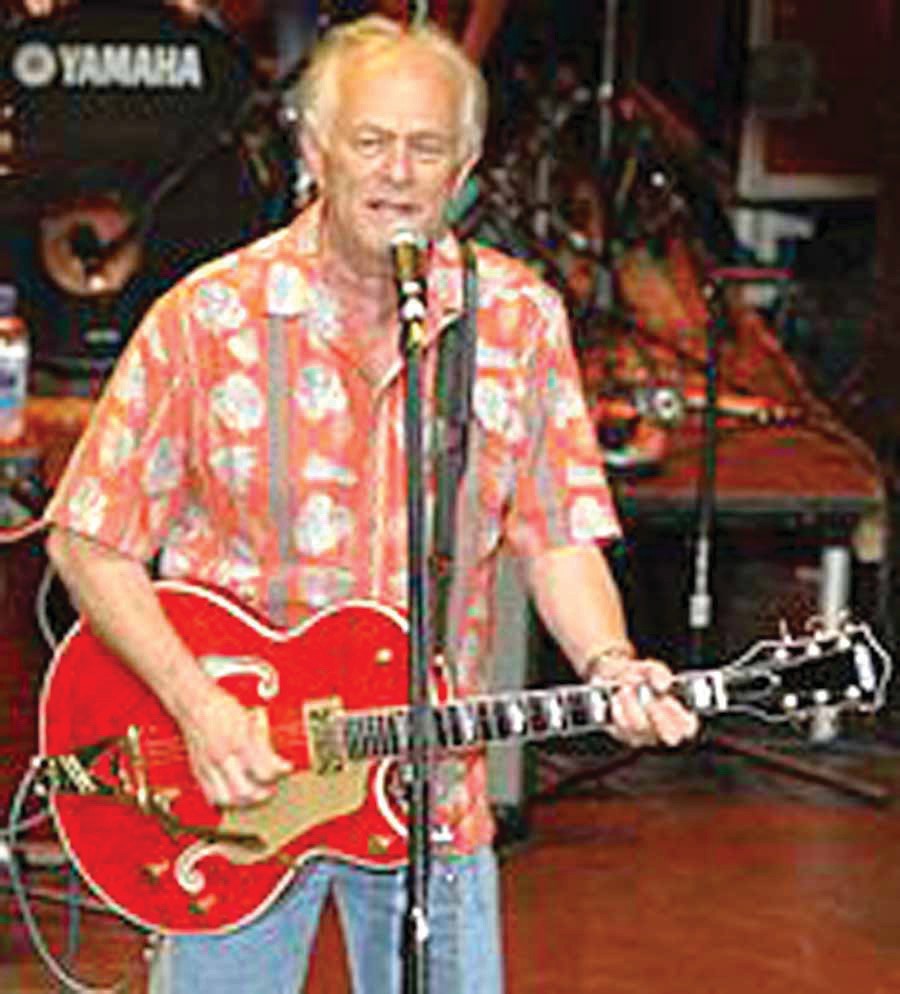 I was 20 years old, back in 1978, when I first heard the song “Heart of the Night” on the radio in Louisville, Ky., when it was first released. As I watched Paul Cotton playing it on the stage at Schooner Wharf last night, almost 40 years later, I wondered how many times he has played it from then till now. Thousands? Tens of thousands? “At least twice a night since then,” he told me, whatever that adds up to. “It’s still my favorite song to play.”

Dubbed “King Cotton” by George Harrison of the Beatles, Paul Cotton was born in Fort Rucker, Ala., and raised on the south side of Chicago, where he took up the guitar in his early teens. After a life of touring and recording, he now lives here in laid-back Key West, with little or no sign of slowing down.

He first came to town in 2005, right after Hurricane Wilma. “My future wife lived here for years before that, and was involved in lots of charity work,” he said. And she still is. So, after a long career on the road, the rock star packed his bags and headed south from Nashville to the Southernmost City in the Continental USA, and found roots. It’s a rare treat to catch Paul onstage in town nowadays, but you can find him once a month, generally on the first weekend, at the Schooner Wharf Bar, with bandmates Russ Scavelli, Joel Nelson, Greg Shanie and Din Allen. (You can check the music schedule at www.schoonerwharf.com anytime for updates).

There’s so much history to this man and his career, one short little article cannot do it justice. He has performed at Carnegie Hall, the Hollywood Bowl, Shea Stadium, Central Park, Madison Square Garden and Fillmore East and West. He was recognized in the Alabama Hall of Fame, and awarded the Humanitarian Award. He has authored countless hits for Poco’s best-selling albums, and awarded a number of certified gold and platinum records including Asylum Records’ “No Nukes.” He has shared the stage and performed with other legends such as Eric Clapton, the Eagles, the Doobie Brothers, Willie Nelson, Jefferson Airplane, Beach Boys, Procol Harum, Moody Blues, ZZ Top, America, Loggins and Messina, Allman Brothers, Marshall Tucker, Outlaws, Charlie Daniels, Steppenwolf, Yes, America and many more.

He toured and recorded with various bands in the 1950s and ’60s, including the Capitols, Mus-twangs, Gentrys and Rovin’ Kind, and then he formed The Illinois Speed Press, where he was discovered while recording, and he landed a major recording contract. After two albums with Columbia Records, he was asked to join the critically acclaimed country rock band Poco in 1970, replacing Jim Messina of Loggins and Messina fame, where he spent the better part of four decades as the band’s main songwriter, lead guitarist and lead vocalist.

Poco was originally formed from Buffalo Springfield rock legends Jim Messina and Richie Furay after Neil Young and Steven Stills departed, then adding Rusty Young, George Grantham, Timothy Schmidt (Eagles) and Paul. Besides “Heart of the Night”, an evocation to the nightlife in New Orleans, as a songwriter, Paul contributed “Bad Weather,” “Indian Summer,” “Crazy Love,” “Barbados,” among many others. Cotton’s experiences in New Orleans had been the basis for a previous composition, “Down in the Quarter,” featured on the 1975 Poco album “Head Over Heels,” and Cotton has described a track from the 1982 Poco album “Ghost Town,” “Break of Hearts,” as being a follow-up to “Heart of the Night.” As far as Key West songs go in comparison to the numerous New Orleans songs he’s written, he told me, “I had an epiphany about six years ago, about writing some Key West songs, but never had a chance to record them.”

During breaks in past touring schedules, Paul Cotton recorded three solo CDs, and released a new 11-track record with the Paul Cotton Band, “100% Paul Cotton.” From the bio: “By requests of all of you wonderful fans and some songs that are personal favorites of mine, we have chosen this Volume One dedicated to you. Now you can have the songs you hear us perform — all in one CD. All of the songs have been recorded before, but I finally got to produce them the way they were originally conceived before they took a different shape in the studio. In a way, I was challenging myself to dare to do them with a different attitude and sound, which I think we achieved. I hope they are received in the Spirit that they were recreated. Thank you is not big enough for my partner Russ Scavelli, who also put his heart and soul into this production.”

In his spare time, if you can call it that, when he’s not fishing, sailing, sunning or working on his music, Paul has been working on his recording studio, right across the street from Smathers Beach on South Roosevelt Boulevard.

On occasion, just for fun, you might find an impromptu Paul Cotton performance with the local That Hippie Band, along with Gary Hempsey, Emily Springsteen, Pete Jarvis, Russ Scavelli and the G-Man.

Do yourself a favor and head on down to the Schooner Wharf Bar the next time Paul Cotton is on the schedule. ¦

— Is there a musician or band in town you’d like to see featured in the Music Scene? Contact Okillian@floridaweekly.com. — Bucky Montgomery is a writer, author, musician and entertainer who has lived in Key West for the better part of 20 years. He also runs the Key West TODAY Facebook page, with nearly 20,000 followers. 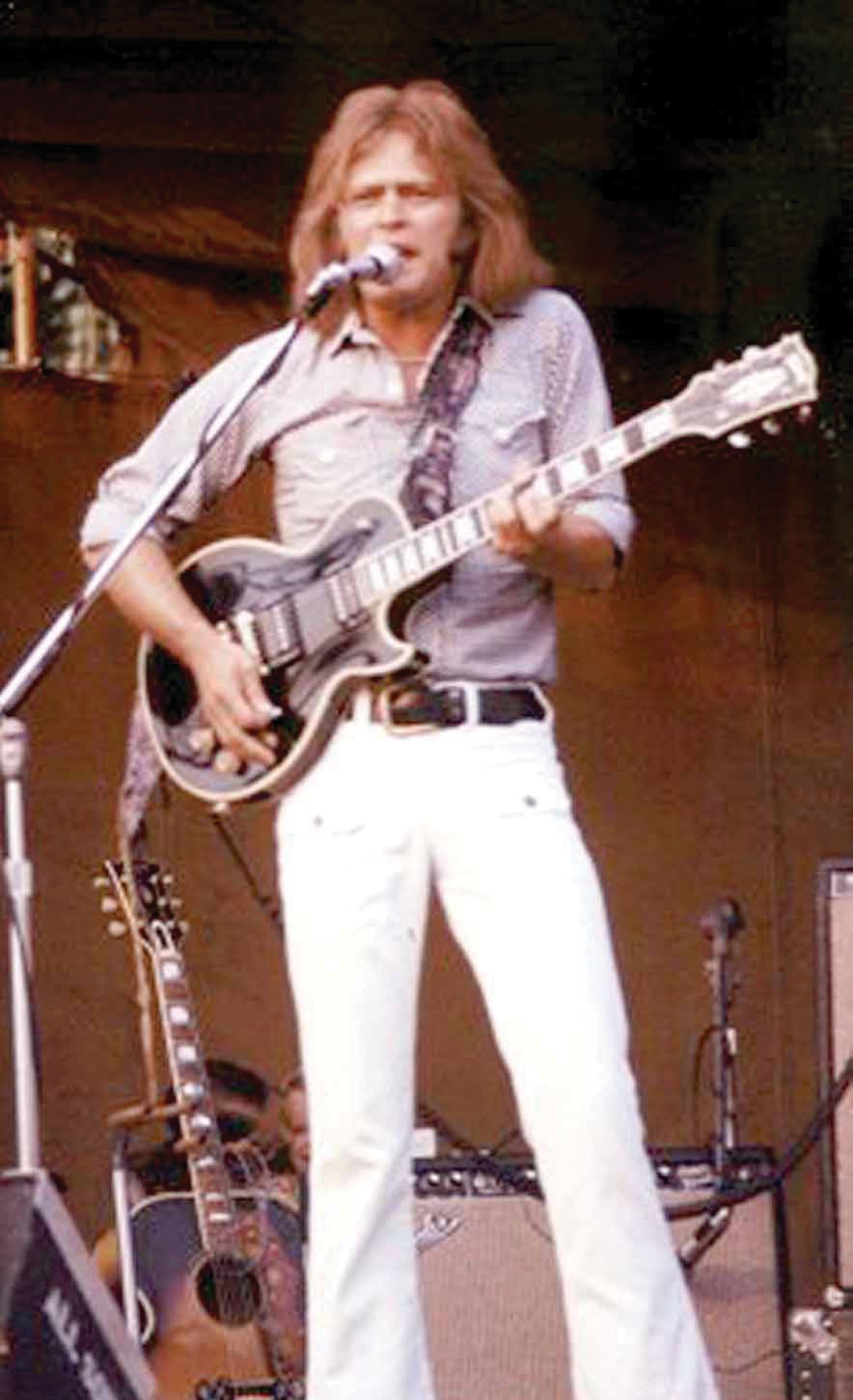 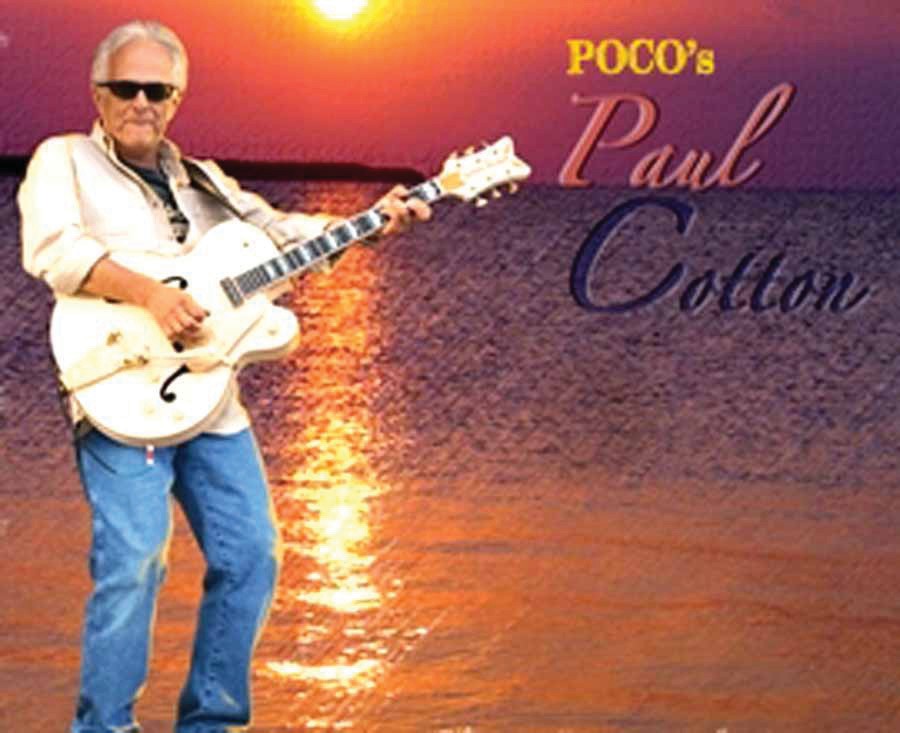