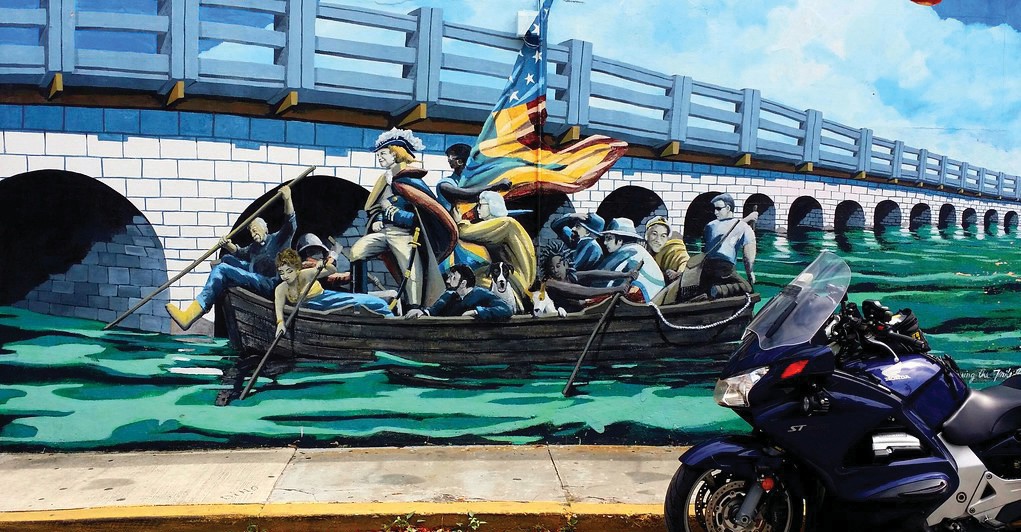 Gaze above your head inside Bobby’s Monkey Bar, and you’ll see dozens of Velcro-handed monkeys dangling from the chandeliers and the rafters and perched precariously on every available flat surface, smiles plastered on their faces and the dim bar lights reflecting off of their plastic eyes.

Did the monkeys come first? Or did the Monkey Bar moniker inspire the thematic décor? No one quite knows the answer, but the simian theme comes across loud and clear. And the monkey business doesn’t just stop at the trappings — there is always something interesting happening inside Bobby’s Monkey Bar.

The exterior of the building abutting Olivia Street has a striking Rick Worth mural painted on it, commissioned by the city when the building housed Club International. The original idea was for Mr. Worth, a well-known local celebrity artist, to paint an American flag. Unsurprisingly, the über creative and rule-breaking artist was unenthused by the staleness of the idea, so Mr. Worth expanded on the American flag theme and proposed instead a rendition of George Washington crossing the Delaware River. 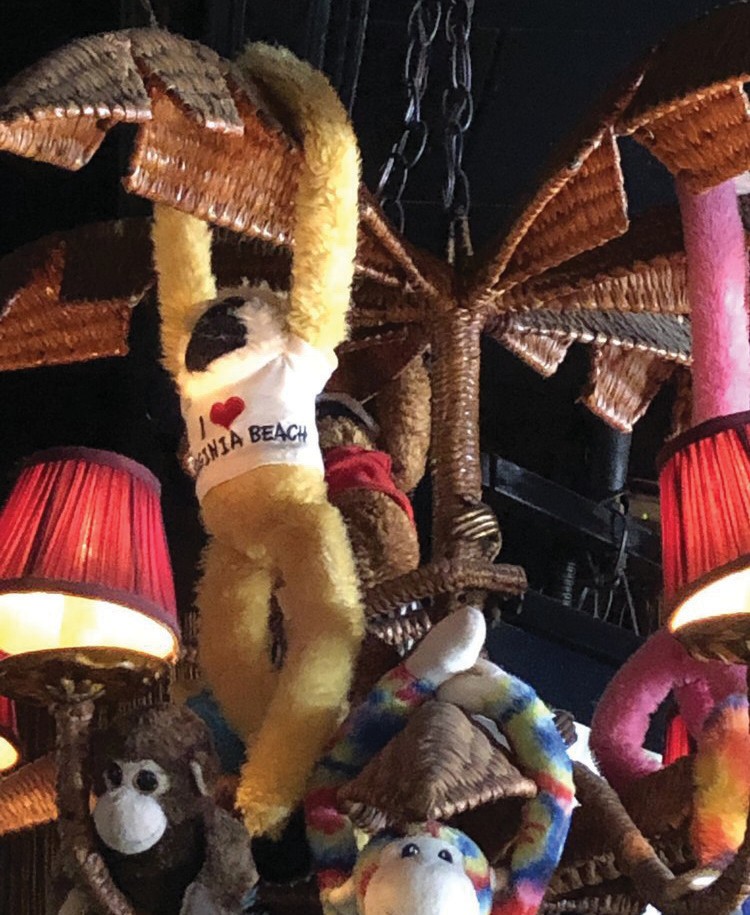 Also unsurprisingly, the city rejected his initial plan three times, reasoning that his idea did not have a sufficient connection to Key West or the Florida Keys (not that the American flag did either, but let us not cast aspersions on persons unable to defend themselves in these pages). In an effort to appease the city authorities, Mr. Worth retooled the idea and redubbed the piece “Wilhelmina Crossing the Seven Mile Bridge.”

If you look closely, the Washingtonian figure is not, in fact, George Washington but the late Florida Keys mayor Wilhelmina Harvey, captaining a rowboat filled with oarsmen from all walks of life towards the Seven Mile Bridge and proudly flying the Rainbow Flag. Even if you don’t have a drink at the bar (which would be a Key West bucket list shame), it’s worth deviating a block from Duval Street just to admire Mr. Worth’s colorful handiwork.

The green doors and shutters outside the front entrance to Bobby’s Monkey Bar are charmingly crooked, as though they sagged and settled with the building over time (and perhaps withstood a hurricane or five). During the day, with the windows and doors open, the bar is full of natural light and air. But to be honest, as nice as it is to have a little day drinking hideaway far from the Duval Street crowds, it always feels strange to be inside Bobby’s during the day because the bar is a classic dive — it beckons most brightly late at night and many locals will attest to its irresistible “one more drink on the way home” lure.

There is something magnetic about Bobby’s. It is impossible to walk by after a certain hour and not stop inside to check out who else got sucked in by the siren’s call. At night, smoke fills the room and a haze settles over the bar — and its patrons. The pool table looks like it has been there since the wraparound bar top was built, but it is a fixture as beloved as the bar itself. There is almost always a line of players waiting to belly up to the table, quarters stacked on the wood in the unspoken language of billiards turn-taking hierarchy.

The bartenders at Bobby’s Monkey Bar are just as much of an institution as the bar itself. Marty, Mathias and Elaine are true professionals, slinging drinks adeptly to the late-night crowd, the majority of which is already on the wrong side of sobriety. There is a jukebox on the wall, stacked with the perfect mix of classic rock, disco, ‘80s hair bands and ‘90s R&B.

The jukebox is heavily used during the day but silenced at night to cede the speakers to karaoke stars, both local and tourist alike. For Key West locals, Bobby’s and karaoke are virtually synonymous. Bobby’s hosts karaoke seven nights a week, and the clientele is as varied as the types of alcohol behind the bar. Actors decompressing after a performance, retirees on their way home from dinner, bachelorettes in feather boas and everything in between.

After 10 p.m., the bar is ringed with familiar faces waiting their turn to get on the microphone, cheering for their friends and singing along to every song in the meantime. Karaoke at Bobby’s is not the typical sterile, one man/one microphone situation. Walking into the bar on a karaoke night is like walking into an exclusive club where, no matter who you know, everyone is automatically your best friend.

Complete strangers scope out the other performers and sheepishly approach their karaoke crushes to coordinate duets, the equivalent of a vocal one-night stand. Grizzled bikers croon heartbreaking country hits, the waitress from the sushi spot down the street sings Blondie almost exclusively and the karaoke host himself even busts out a ballad every now and again. Collaboration is highly encouraged. Boxes of musical instruments overflow with maracas and tambourines, wielded by shimmying backup dancers. You can never predict what a night at Bobby’s has in store, but you can be sure that you’ll have a great time no matter what.

You can find Bobby’s Monkey Bar at 900 Simonton St., one block off of Duval Street, at the corner of Simonton and Olivia streets. The bar is open seven days a week from noon until 4 a.m. (dangerous, we know). If you’re looking for somewhere to show off your late late night vocal skills, you always have a spot on stage at Bobby’s. ¦