“Margaritaville” opens at Waterfront in October 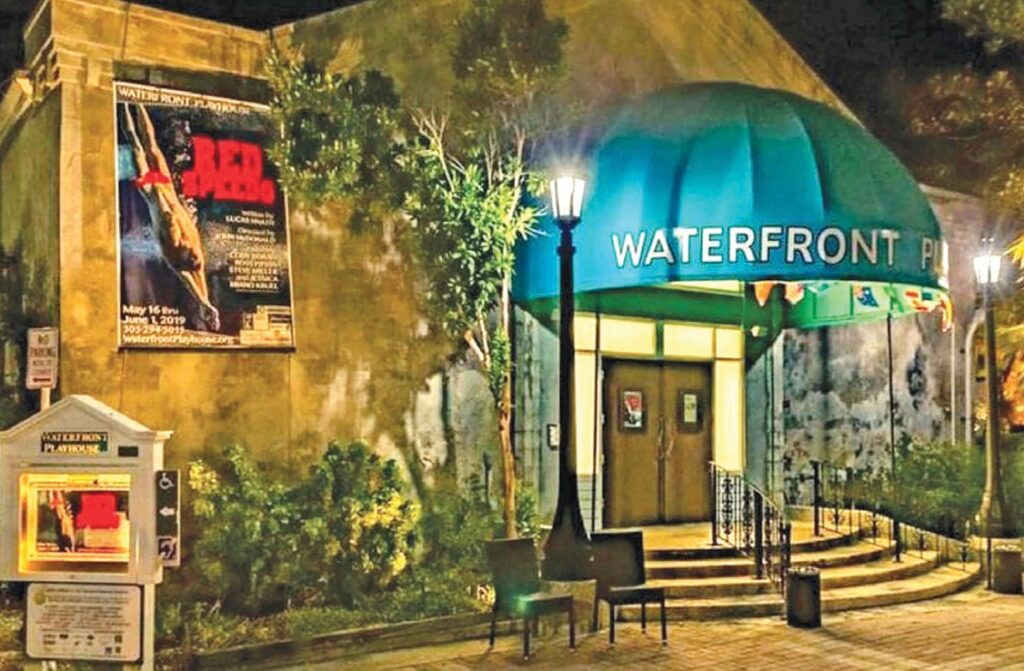 Waterfront Playhouse, on Mallory Square, has been presenting shows for more than 80 years. COURTESY PHOTO

You can “Escape to Margaritaville” this season at Waterfront Playhouse.

That show, by one of the Southernmost City’s most iconic sons, opens the theater’s season.

The sounds get louder Dec. 1-17 with “Rock of Ages,” a musical fantasy with songs from Styx, Journey, Bon Jovi, Pat Benatar, Poison, Twisted Sister and others.

Then Mathias Maloff will take your reservation for the comedy “Fully Committed,” which plays two performances, Dec. 11-12. Maloff plays a reservationist for a new restaurant where patrons will do anything to grab a table, playing over 40 characters with a slip of an accent or turn of an attitude.

Running Jan. 12-28 (with a preview Jan. 11 and a matinee on Jan. 21), the thriller takes place on a night in April 1912, when the prosperous upper-middle-class Birling family is visited by a man calling himself Goole, inspecting the murder of a young woman. It will star Dan Waller as the Inspector. David Black and Barbara Mundy will play Mr. and Mrs. Birling, Arthur Crocker and Jillian Todd will play the son and daughter, and J. Michael Wright plays the fiance and Mia Cawvey plays the maid. It will be directed by Patrick New.

The next show, “Kinky Boots,” is anything but a drag.

The Cyndi Lauper/Harvey Fierstein musical hit runs Feb. 14-March 18. Starring Richard Quint, this Tony Award-winning musical about shoe factory owner Charlie and drag queen Lola proves we are not so different after all.

Edward Albee’s “Three Tall Women” strides into the playhouse April 6-22. It stars Leslie Greene (“The Year of Magical Thinking”), Maggie McCollester and Jessica Miano Kruel. There’s a preview on April 6 and a matinee on April 15.

Gerri Louise Gates and Peggy Montgomery will headline the comedy “Arsenic and Old Lace,” playing May 11-27 (Preview May 10 and Saturday matinee May 20).

In celebration of Key West Pride Week, Phillip Cole White will hit the stage in “Hedwig & The Angry Inch,” by Stephen Trask and John Cameron Mitchell. Look for that June 7-10.

The season wraps June 16-17 with “Charlotte’s Web,” by Joseph Robinette and based on the novel by E.B. White.

The Waterfront Playhouse, located in the heart of Key West’s historic Mallory Square, is a not-for-profit, professional theater that attracts locals and tourists with a wide range of theatrical fare. Memberships are available. It’s at 407 Wall Street St. Info: 305-294-5015 or www.WaterfrontPlayhouse.org. ¦