An expanded COAST Is Clear Festival returns with music, art. 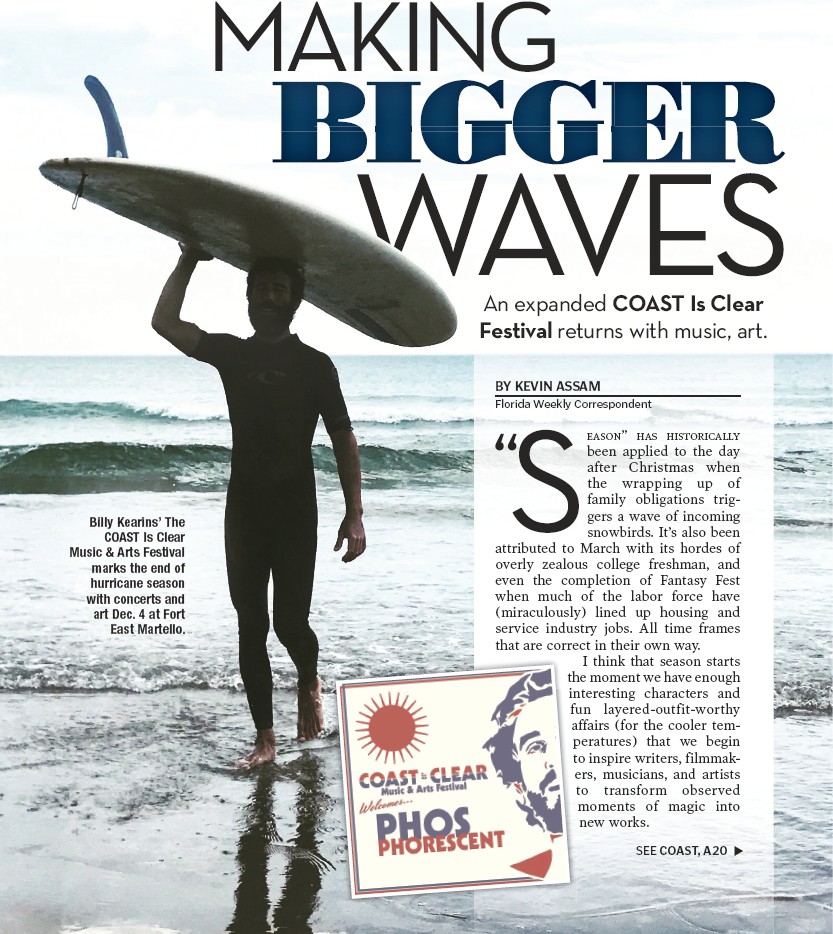 SEASON” HAS HISTORICALLY been applied to the day after Christmas when the wrapping up of family obligations triggers a wave of incoming snowbirds. It’s also been attributed to March with its hordes of overly zealous college freshman, and even the completion of Fantasy Fest when much of the labor force have (miraculously) lined up housing and service industry jobs. All time frames that are correct in their own way.

I think that season starts the moment we have enough interesting characters and fun layered-outfit-worthy affairs (for the cooler temperatures) that we begin to et inspire writers, filmmakers, musicians, and artists to transform observed moments of magic into new works.

One increasingly popular year-end indie event aims to do just that while jumpstarting the music circuit. The COAST Is Clear Music & Arts Festival makes its return with headliners including Black Pumas, Rayland Baxter, Langhorne Slim, Phosphorescent, SUSTO, and G. Love, among others. COAST will spark what festival founder Billy Kearins hopes to be a new period of outdoor concerts and events at the recently updated and historical Fort East Martello. 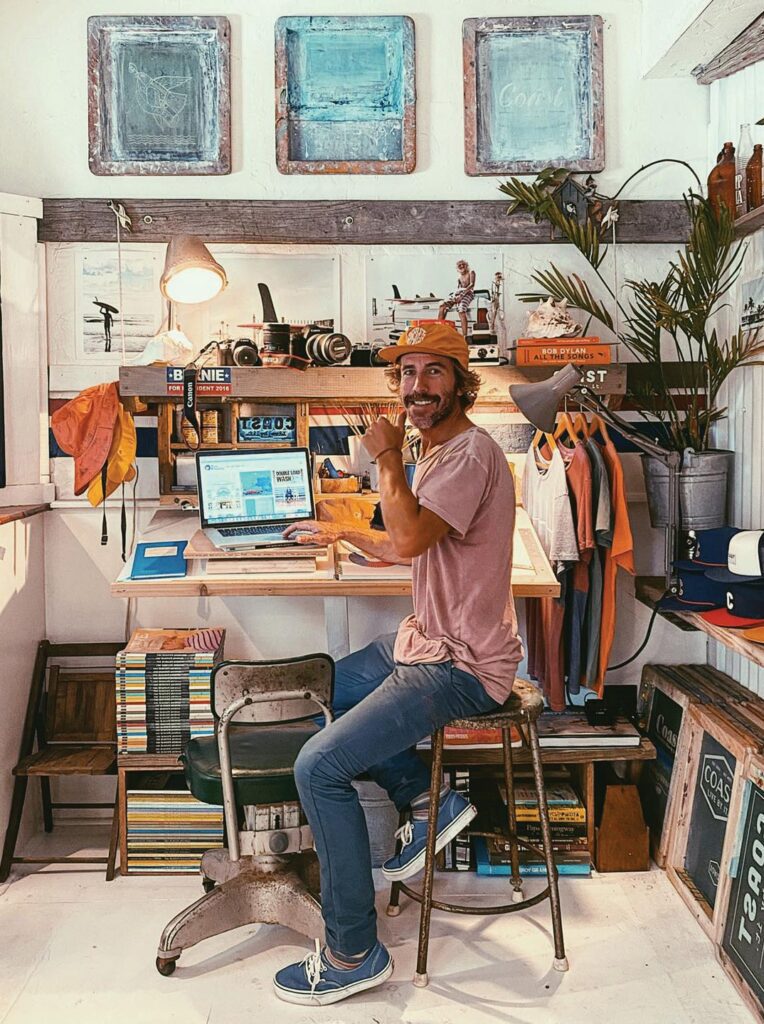 “I think that season starts the moment we have enough interesting characters and fun layered outfit-worthy affairs (for the cooler temperatures) that we begin to inspire writers, filmmakers, musicians, and artists to transform observed moments of magic into new works,” says Billy Kearins, founder of The COAST Is Clear Music & Arts Festival. COURTESY PHOTOS

In our conservation, Kearins discusses the highlights and changes musical lovers can expect at this year’s goings. In addition to the creative challenges he faced in planning a post-pandemic festival. Plus, we find out how exactly he secured that Grammy-nominated act.

Kearins was in something of a creative and personal rut at the onset of the pandemic and island wide shut down. His mantra of continued growth would force him to get back in the game. As he explained:

“I’m a big believer in shaking things up — and in rebirth and re-evaluation and adapting and thinking differently. I tend to see my life unfold as a series of chapters. Sometimes I liken it more to riding waves and how waves come in sets. One moment you’re catching wave after wave and you couldn’t feel any better. But sometimes, even after the ride of your life, you wipe out, or you get caught inside and the ‘clean up set’ has its way with you. And 2020 was definitely a cleanup set — for much of the world, but definitely for me.” 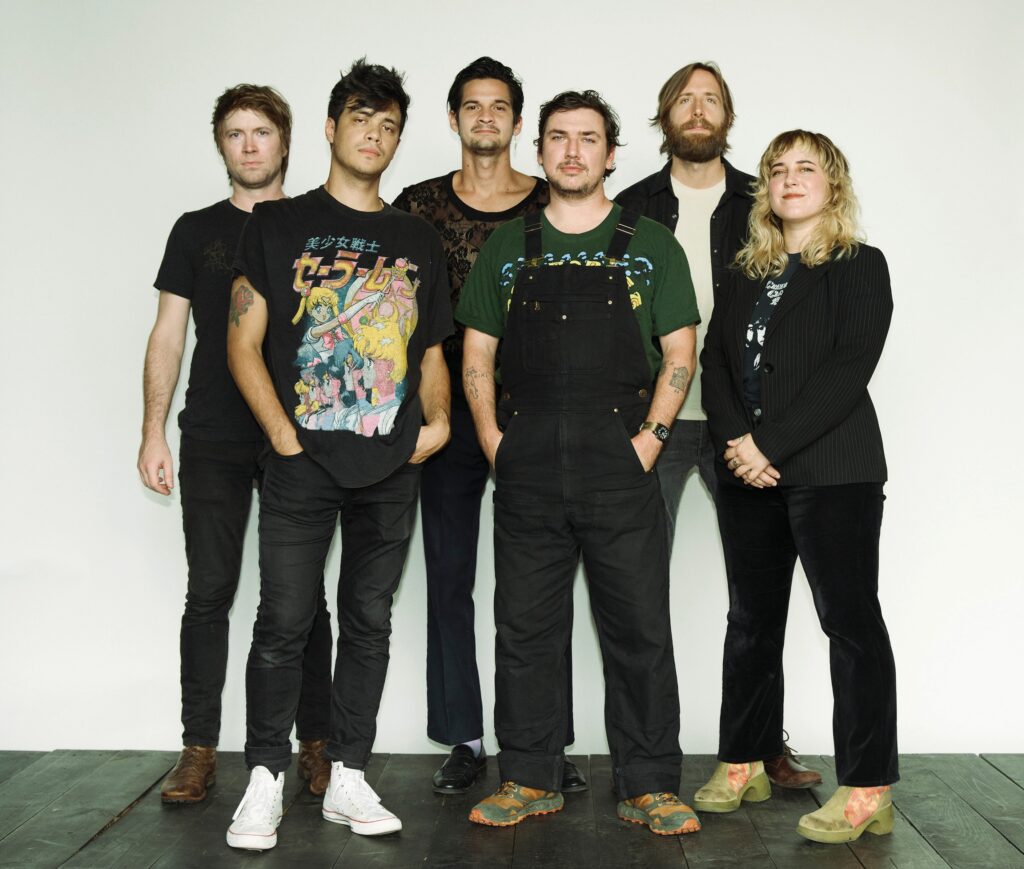 SUSTO will play The COAST is Clear Music & Arts Festival. The band’s latest album is “Time in the Sun.”

Despite getting “dragged” back to shore a few times, he would not let complacency set in.

“When the tides change and waters get rough, you either learn and adapt and then get back out there — or you get comfortable and stay on the beach. I never want to get too comfortable with anything, so recently I paddled back out. I feel refreshed and I’m in better shape to catch the next wave, and the next set. Rumor has it, the waves are supposed to be pumping in early December.”

Inspiration from the storm

The physical and economic disruption of Hurricane Irma in 2017 motivated many creatives to instill some needed cheer and good times. While evacuated, Kearins would expand on an already tested concept. 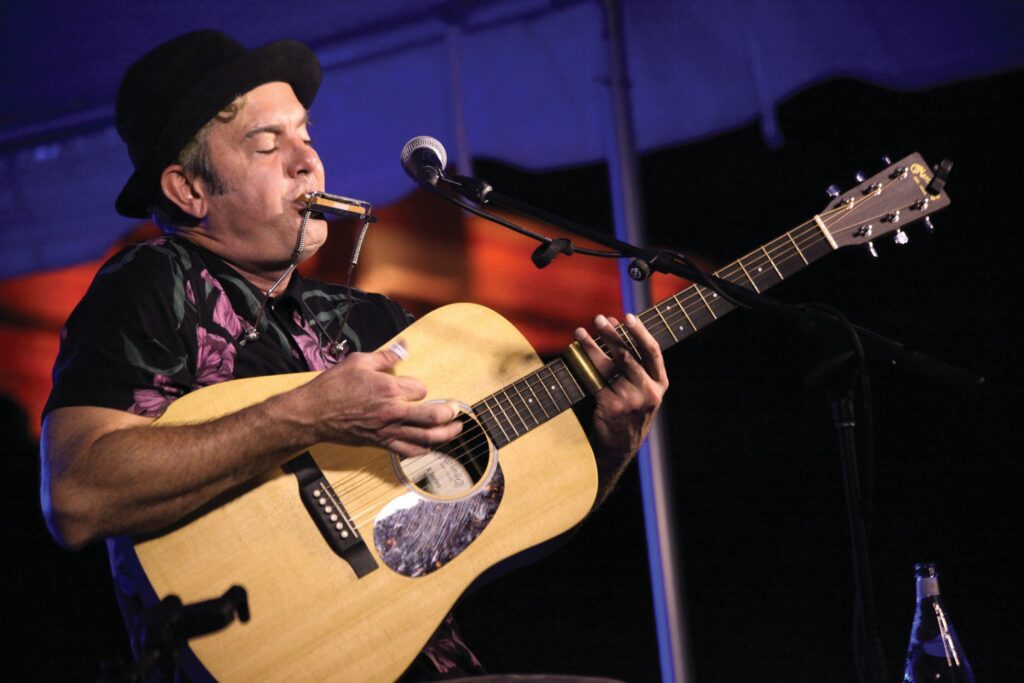 “A concert seemed like a good idea. We’d been doing them for years at that point and locals always showed up in force for COAST concerts. Beyond the fundraising element they offer through ticket sales, our concerts had always really just been a way for the community to rally together and collectively lift spirits. And the latter was and is really what interests me most.”

He realized that setting the event closer to December would provide enough time for relief efforts to unfold and a more symbolic fit.

“I refreshed my memory as to when hurricane season technically ends and I realized it wasn’t until Dec. 1. I figured by then things would be settled, people would start to feel safe on their feet, and it would be a time when the ‘coast is clear.’ Of course, the name works on a number of levels.”

Making a splash with impactful acts 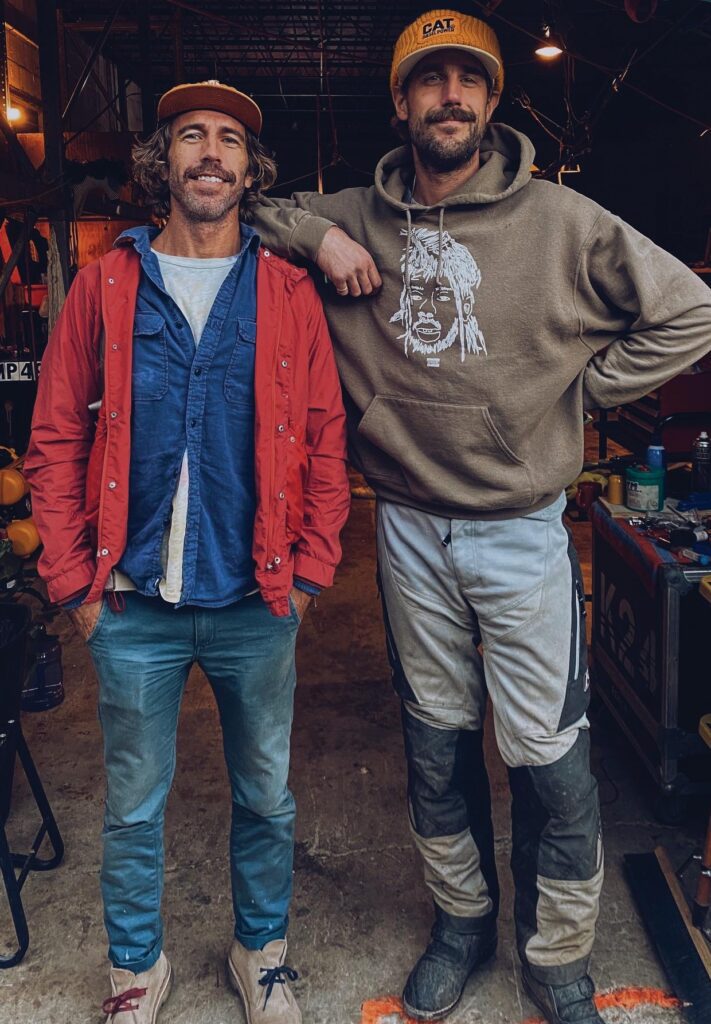 This year will see the festival expand in several ways. This includes a new partnership with the Key West Art & Historical Society (KWAHS) and a bigger event space at The Parade Grounds at Fort East Martello. There will also be a portion of ticket sales proceeds that can be distributed among local charities including The Bahama Village Music Program and The Turtle Hospital.

So, Kearins wanted to reach for “something bigger and more impactful” when it came to the musical lineup. Enter the Grammy-nominated soul sensation Black Pumas.

Kearins knew it would always be something of a reach given the band’s surge in popularity, which included a performance at the Presidential Inauguration this year.

“I was laughing to myself as I tried to make my case that they should come to an up-and-coming festival in one of the most isolated spots in the U.S. immediately following their sold-out European tour. Ultimately, the process of actually landing them was not linear or expected — and for a period of almost a month the answer was just no.” 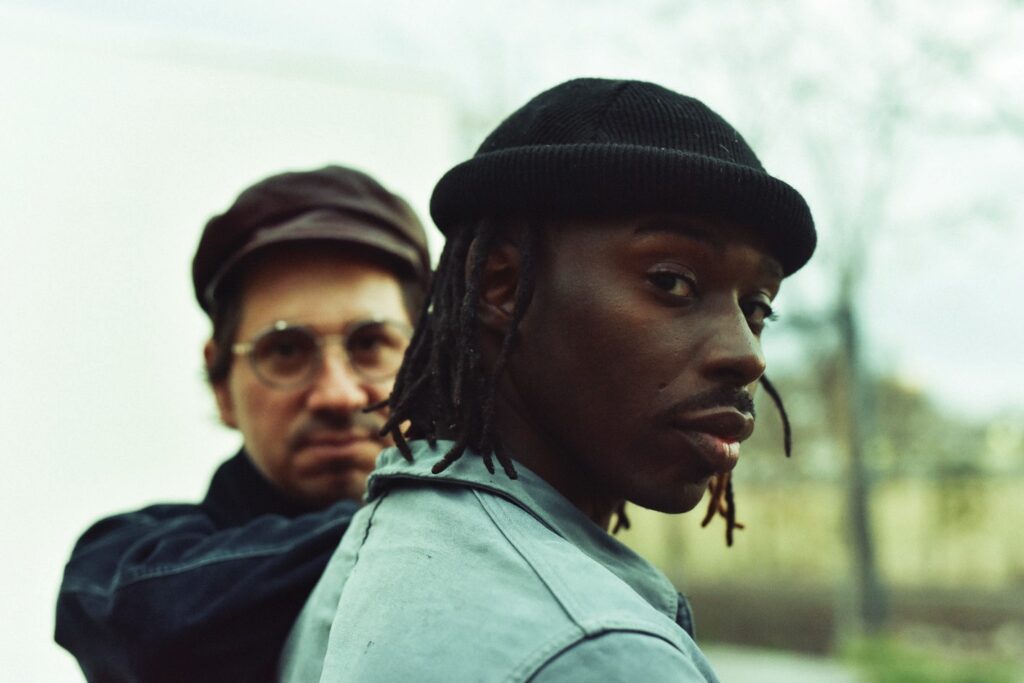 Kearins proceeded to draw on existing musical contacts like SUSTO, Rayland Baxter, and Langhorne Slim to perform on the island. Indie rock artist Phosphorescent was a relished score. After curating a more robust list of musicians, Kearins tried again.

“For a week or two in July, there was a lot of back and forth negotiating and nailing down details, and at that time I was in Copenhagen with the kids — working through the night so I appeared to be in the same time zone as them and so that communication was fluid. Finally, one day we got the green light and after a sign of relief, I simply inserted Black Pumas onto the top of the promotional images I’d already been working on.”

Kicking off at Fort East Martello

The combination of increased turnout and improvements made to venues across the city over the past year made a festival move all the more likely. A joint effort by the county, the Key West Art & Historical Society (KWAHS) and Save A Tree Key West targeted the grounds and landscape at Fort East Martello. A conversation between Kearins and Michael Gieda (KWAHS executive director) led to a discussion about returning concerts and community-oriented events to the space to highlight the improvements. 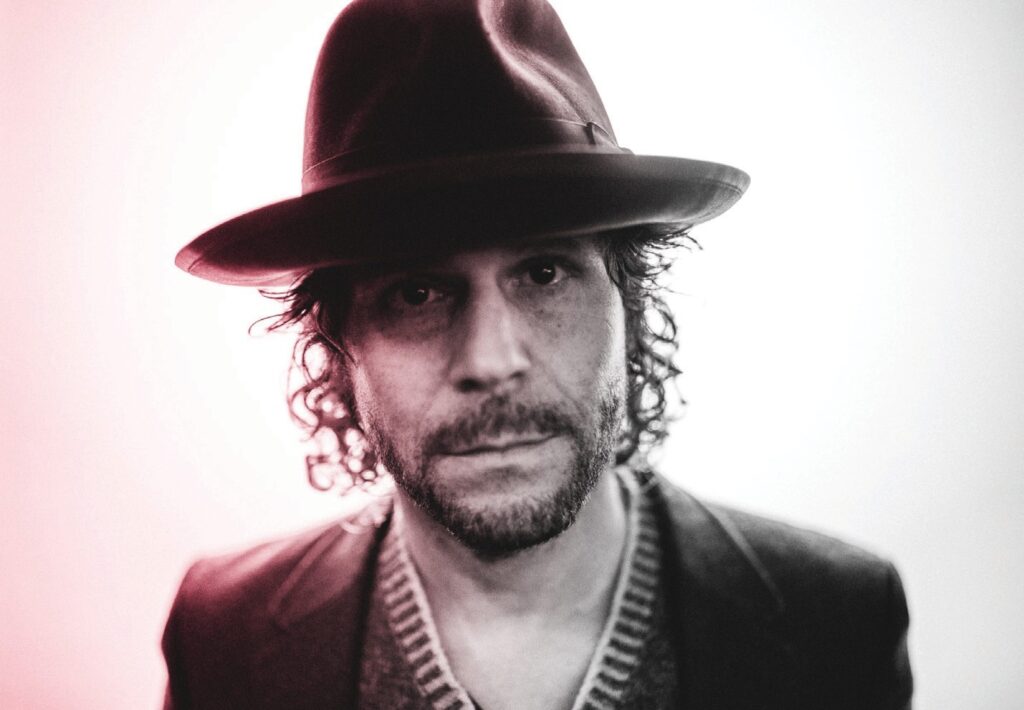 “Considering the timing of construction and when it was scheduled to wrap up, we decided to wait patiently and go all-in with an ambitious opening event. Since COAST Is Clear already had a foundation and roots in the community, we both agreed, wholeheartedly, that we’d set aside that weekend as the big debut. This was back in June of this year, and since then Michael and I have both been leading the charge to not only open the space with a worthy event — both from a community and cultural standpoint — but to continue to do so moving forward with more concerts and programming…”

Attendees still can look forward to some affairs occurring in the heart of Old Town after the last festival’s backdrop of the Key West Lighthouse.

“The festival still has a series of smaller events that take place in Old Town between Dec. 3-5, but most of what you’ll hear about and most of our attention this year is focused on our main event, which takes place at the new Parade Grounds at Fort East Martello on Dec. 4.”

That the festival team was able to land all the desired acts and secure a new venue after a tumultuous year bolsters Kearins’ suspicion that this was all meant to be. There must be a place for COAST in the stories and times to come of the island.

“We’re selling that lineup in Key West. Those two things combined will make this a festival that will go down in history as something that started as a pretty wild, far-fetched vision and ended up formalizing into something that will hopefully be pretty magical.”

Given the caliber of musical acts and their current trajectories, it’s easy to agree with Kearins’ optimism for the festivals ahead. ¦

Looking ahead to a busy seasonKEY WEST SNAPS