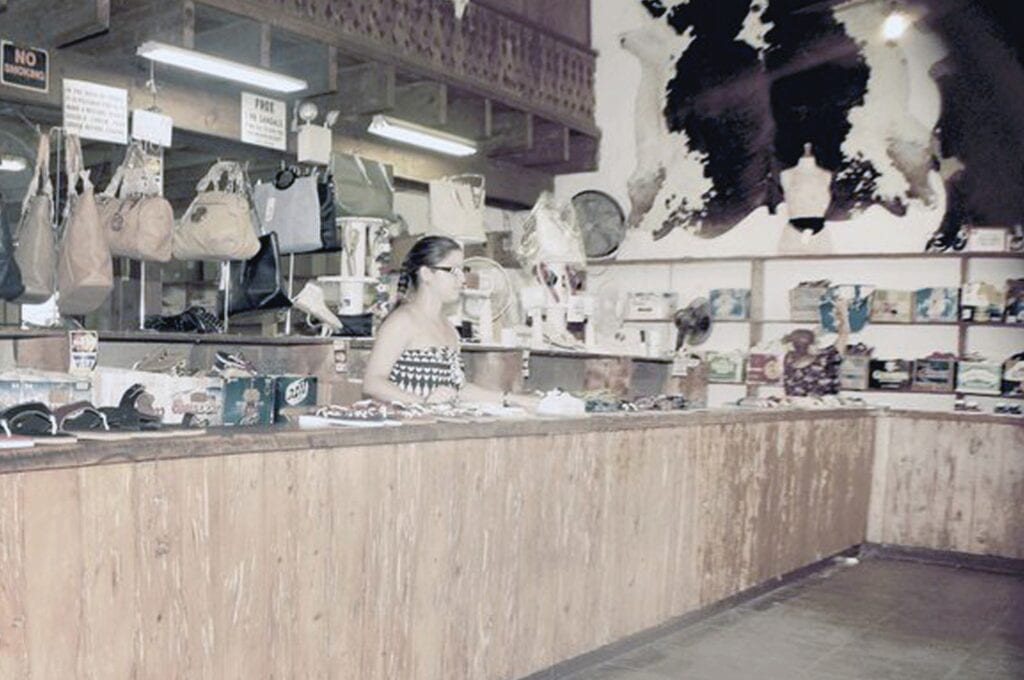 Walking into Kino Sandals you can see the variety of items offered. Kino Sandals was founded by Robert “Kino” Lopez in 1966. Lopez was born in and grew up in Cuba, where he learned leather sandal making techniques.

Tucked into the nooks and crannies of Key West, there are myriad wonders to behold. If you get distracted by the neon lights of Duval Street (or the overwhelming number of drink specials in the bars that line our hotly touristed main thoroughfare in normal times), it’s easy to overlook a number of hidden gems just a block or two away from the crowds. One such gem is Kino Plaza, located on Fitzpatrick Street, a two-block-long alley in the quadrangle between Greene, Front, Duval and Whitehead streets.

Kino Plaza is home to a handful of quiet mom-and-pop businesses, most famously of which is Kino Sandals, a footwear outfit that has been churning out shoes and other leather goods since 1966 (when Key West wasn’t a fraction as populated as it is today). If you’ve been searching for the sturdiest pair of sandals you’ll ever own, look no further. You (and your feet) are about to get very, very lucky.

Robert “Kino” Lopez was born in and grew up in Cienfuegos, Cuba, where he learned the old-world leather sandal making techniques that have made his name a lasting legacy in Key West. He left Cuba for Key West in 1965 with his wife, Margarita. 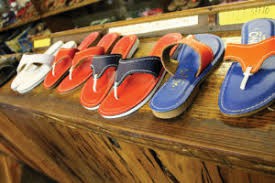 After years of saving, the two were able to secure a bank loan that enabled them to open up their now-famous sandal factory in its original location at 105 Whitehead St., where it remained for a decade. In 1976, Robert and Margarita moved the factory to its current location the corner of Greene and Fitzpatrick.

When you walk into the factory-cumretail outlet in Kino Plaza, you can tell immediately that you’re getting a handcrafted product made on site. The workshop is like an open kitchen you can watch as soles are applied and straps attached to each pair of sandals. The aisles surrounding each “sandalero” are packed to overflowing with boxes of sandals in various stages of assembly. The air is thick with the smell of leather and the occasional waft of sunscreen off the bodies of tourists eagerly choosing the color and style of sandal they’ll take home to preserve a slice of paradise.

Each one of the 20 styles of sandals that Kino sells is hand cut, assembled and glued in the factory by artisans.

Each one of the 20 styles Kino sells uses natural leather uppers and natural rubber soles and is hand cut, assembled and glued in their factory by actual artisans’ hands, nary a robot to be found. Seventeen of those 20 styles have been the backbone of the company since 1977. Because each design is original and utilizes traditional handmade assembly techniques, the Lopez family has been reluctant to expand further in order to maintain their standard of quality and craftsmanship.

In a way, the story and the legacy of the Kino Sandal company is a microcosmic example of how Key West has grown over the past handful of decades and, at the same time, how the island has strived to remain unique and special despite the constant onslaught of the mainstream and the “normal.” Key West’s charm lies in our otherness, our deep commitment to authenticity and our attention to the details that make this island extraordinary in a sea of ordinary. As long as establishments like Kino’s call Key West home, we can all be assured that our legacy will continue. ¦ 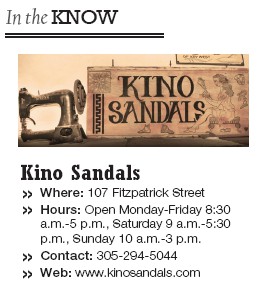