Key West museums — have fun and learn something, too 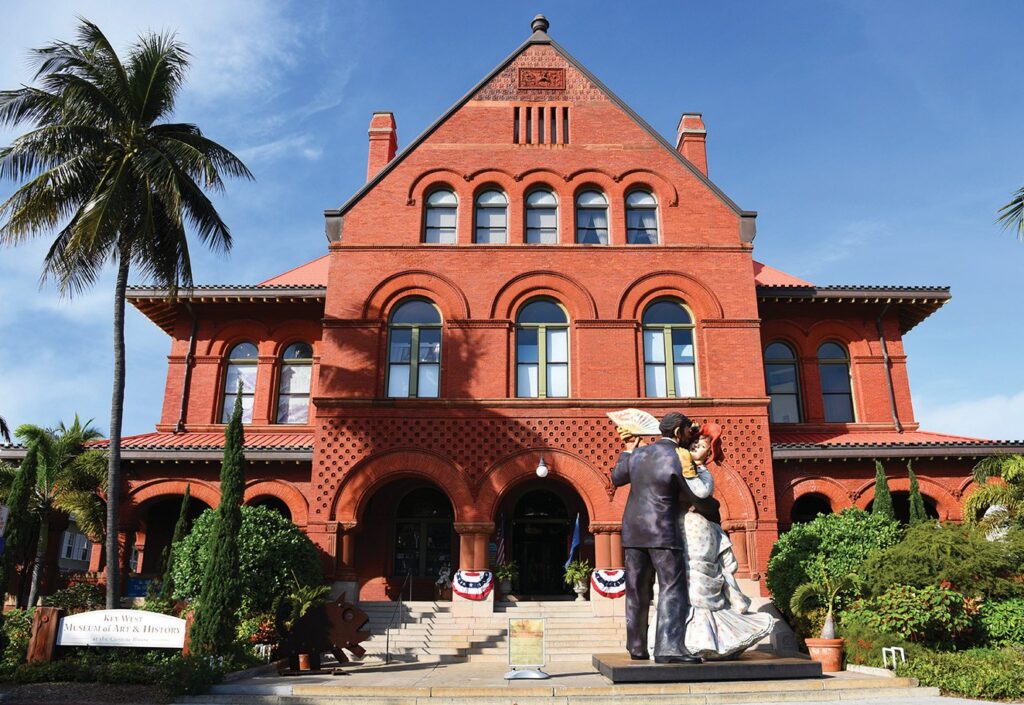 The Custom House Museum is a Richardsonian Romanesque-style Victorian building.

Today it serves as the official headquarters of the Key West Art & Historical Society, but over the course of its past life, the Key West Custom House has been home to a variety of Key West businesses, including the island’s postal service, district courts, Navy, and port of entry processing center. The Richardsonian Romanesque-style Victorian building is considered an architectural treasure of Key West; it towers over the harbor with a distinctive red brick façade that’s immediately recognizable. 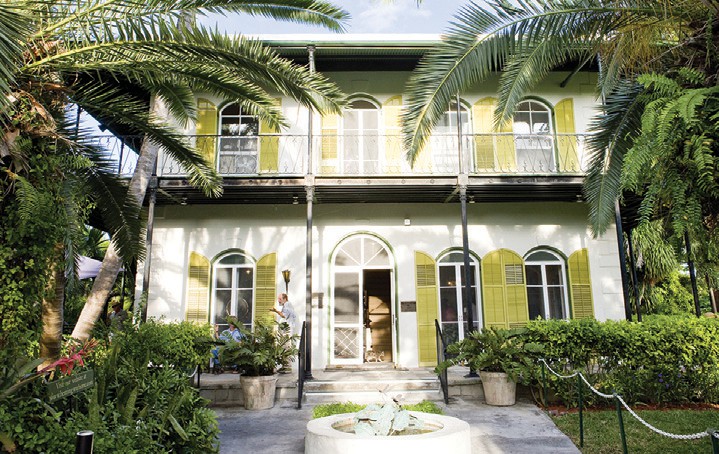 The Ernest Hemingway Home was the first home on the island to have a swimming pool.

Today, you can purchase a GPS system for your boat that will navigate you around the globe and will tell you jokes along the way. But back in the 19th century, the likelihood of crashing your ship in the shallows off Key West was strong enough to support a hugely profitable wrecking business (essentially a legal version of finder’s keepers). The establishment of Key West’s naval base in 1823 solidified the desperate need for a lighthouse to guide boats safely through the straits. Over the course of its active service, Key West’s lighthouse played host to a range of brave keepers and their families. Peruse their belongings, climb the 88 steps up to the top of the light and learn how this once vital beacon served to protect thousands of ships before being decommissioned in 1969.

Free on the first Sunday of every month for locals, while any child matriculating at a Monroe County school may enter the museum for free year-round.

He might be better known for his written works (or his drunken antics) but one thing’s for sure: Papa had great taste in real estate. Check out Hemingway’s Key West digs, which — along with the honor of having housed the writer while he penned some of his best-known works — was also the first house on the island to have a swimming pool. The museum is free to locals, and boasts a collection of Hemingway’s possessions — and those six-toed cats.

You don’t need a set of sea legs to visit this ship — it’s docked at harbor, and, after being decommissioned by the Coast Guard, serves as a nonprofit museum honoring those killed in action during WWII and Vietnam. The ship is one of only two preserved Treasury-class U.S. Coast Guard cutter ships, and the most decorated in the fleet. Now a national landmark, the Ingham hosts daily tours, including a happy hour deal: $5 buys you a ticket on board and your first drink.

Playwright Tennessee Williams visited and lived in Key West from 1941 until his death in 1983. It is believed he wrote the final draft of “Street Car Named Desire” in Key West. See a collection of photographs, first edition plays and books, rare newspaper and magazine articles, videos, a typewriter used by the author in Key West, and other artifacts. Open 10 a.m.-5 p.m. Thursday through Sunday. ¦

MAKING BIGGER WAVESLooking ahead to a busy seasonKEY WEST SNAPS