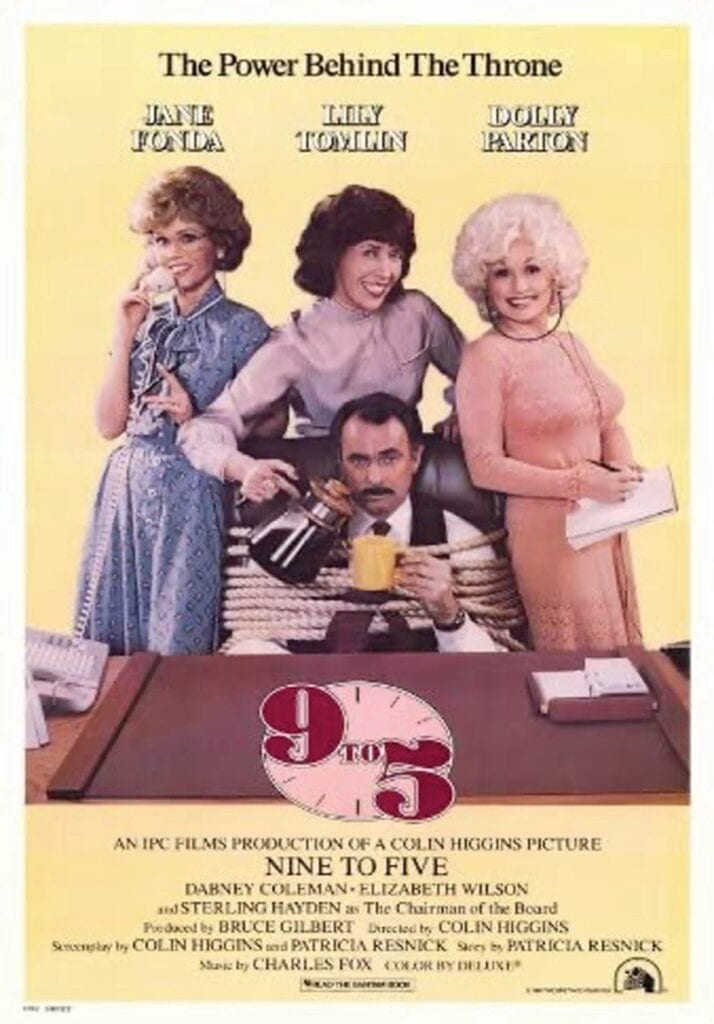 Few artistic mediums are as powerful as the cinema. There’s something uniquely unifying about taking in a film and having a shared experience with dozens of strangers who are viewing the same subject matter and yet who will almost certainly walk away with dozens of differing opinions on that very same subject. And what better way to take a break from the reality of everyday life than to dive into an endless number of infinitely diverse worlds or to explore a parallel world that is as real as your own, but could not be more different?

The creation of that shared sense of wonder and the exploration of the infinite beyond are the purpose behind the annual Key West Film Festival, now in its ninth year. And though this year’s festival will be a tad more sedate than it has been in years past, it feels more necessary and welcome than ever. Over the festival’s five-day run from Nov. 18-22, over a dozen scheduled feature length films and dozens of short films will screen at exclusively outdoor venues, including the Ernest Hemingway Home and Museum, the Oldest House and the lawn at The Perry Hotel. 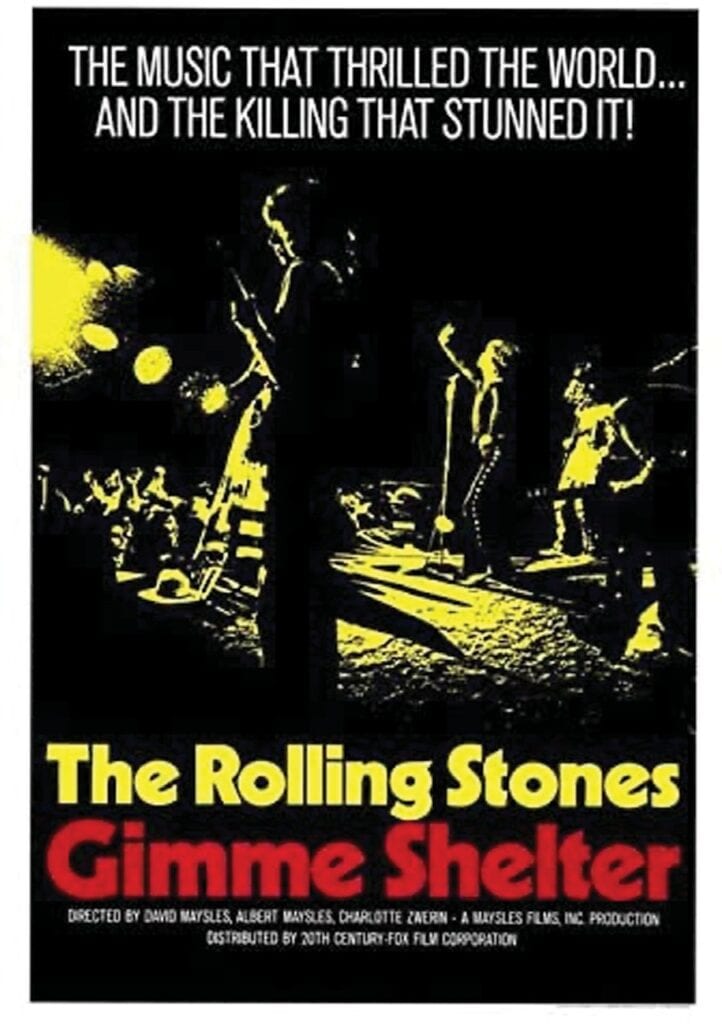 The Key West Film Festival is the brainchild of Brooke Christian, who had been cooking up a plan to quit his job and move to a tropical island for a while. To justify his fugue, he developed a crazy, artsy plan: Christian decided to start a film festival in the Southernmost town. He partnered up with Michael Tuckman, programming director of the KWFF, who just happened to know a thing or two about film distribution and festival programming and who was more than happy to spend a week watching movies in sunny Key West. And what started out as a fairly small, locally focused grassroots event has grown global in the years since.

This year, Christian and Tuckman had the unforeseeable challenge of formatting the festival to fit pandemic-era constraints. “This is a completely different festival than we’ve ever done in the past,” Tuckman said. “This is our ninth year and each year the question has been, ‘What can we possibly do to make it better than last year?’ This year the question was, ‘How are we going to pull this off?’ But it’s so exciting to have this whole new format. This year is a smaller festival in terms of the number of films, but we’re taking everything outside.” 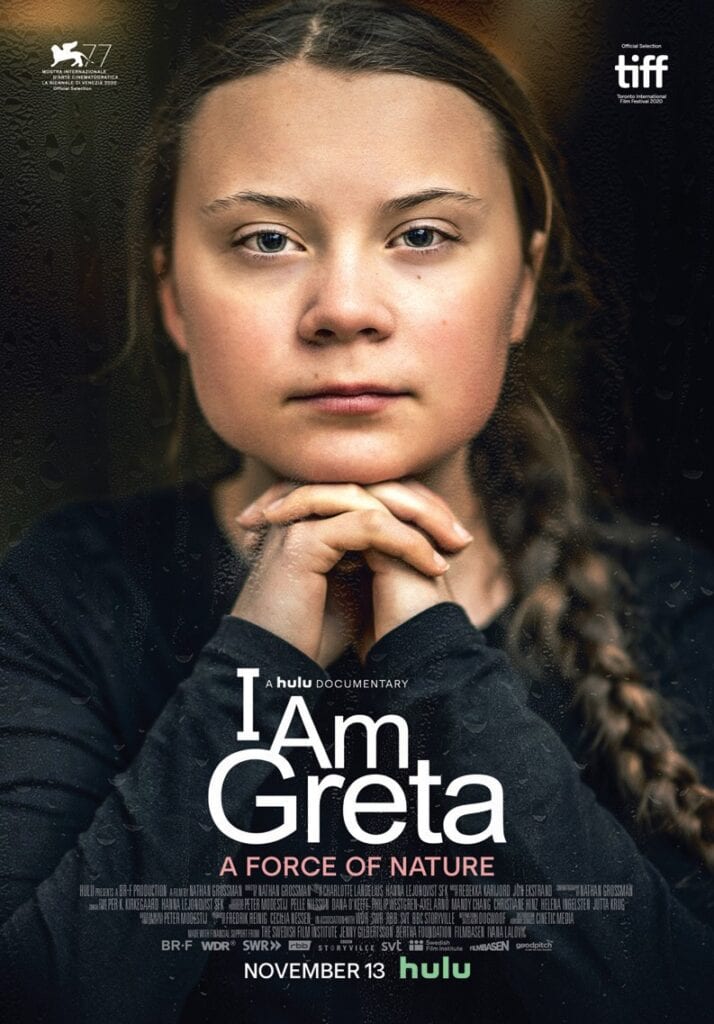 Considering the City of Key West canceled all major 2020 events back in July, including Fantasy Fest and the Power Boat Races, it’s a huge vote of confidence for the KWFF to have been able to proceed with its programming. “We’re thrilled to be the first official event Key West is hosting this fall,” Tuckman said. “Since April, we’ve been working with the island’s elected leaders to make sure that we’re not just meeting standards but going above and beyond. Instead of gatherings, we have screenings with socially distant seating and controlled crowds. There won’t be big after parties like in years past, it’s really just a celebration of cinema.”

And though many other festivals and cultural events have transitioned to exclusively virtual formats, Tuckman was adamant about finding a way to make an in-person film festival work. “Our motto of ‘Passion Meets Paradise’ emphasizes the importance of Key West as the venue, so virtual wasn’t really going to be an option for us,” he said. “We will be showing a number of short films in a virtual format after the festival ends, but it was really important for us to try to find a way to have people gather together outside so they can laugh or cry along with a film together and do it safely. It helps that we can take advantage of it being 77 degrees at night.”

This year, the KWFF team has chosen to break all of the films down into four programming themes: Women, LGBTQ, music and arts and Florida films .“Most every festival breaks the films down to broad genres like narrative, documentary and foreign language,” Tuckman said. “This year, because we have a limited number of films, we’ve taken those traditional genres and mixed them into our thematic framework, which is a whole new take for programming and a more exciting track.”

The KWFF kicked off at the Coffee Butler Amphitheater on Wednesday, Nov. 18, with a 50th anniversary screening of the seminal 1969 Rolling Stone documentary “Gimme Shelter,” preceded by a special concert performance by Key West’s own Nick Norman. “In each of the last four years we’ve done a free concert film on the last night of the festival,” Tuckman said. “This year, we had the chance to use the Coffee Butler Amphitheater on opening night and it just so happens to be the 50th anniversary of ‘Gimme Shelter,’ the greatest rock movie ever made. To be able to show this film in that venue and then to have Nick Norman agree to perform before the screening is phenomenal.”

In a first this year, the KWFF will host a free event on the Lawn at The Perry Hotel on Saturday, Nov. 21. The feature film for Saturday night is the Florida premiere of “Cuba, Reframed,” which follows a group of eight Conch Republic residents as they sail to Cuba on a peace mission on the historic Wolf Schooner. Following “Cuba, Reframed” is a 45th anniversary screening of “Night Moves,” in which Gene Hackman travels to the Florida Keys to solve a missing persons case.

“Pedro Almodovar’s new short film with Tilda Swinton, ‘The Human Voice,’ premiered at the New York Film Festival this year, so it was really major coup for us to get it for the Key West festival,” Tuckman said. “After the screening, we’re going to show an excerpt of the discussion New York Film Festival Director Eugene Hernandez conducted with Almodovar and Swinton after the New York premiere, which is something you won’t be able to see anywhere else.”

Audience members aren’t the only ones slated to score at this year’s festival: this year costume designer Francine Jamison-Tanchuck, whose work features in Regina King’s upcoming directorial debut, “One Night in Miami,” and whose 40-year career has included design credits in “Birth of a Nation,” “Just Mercy” and many more films, has been singled out for the fifth annual Golden Key for Excellence in Costume Design as part of the festival’s Costume Design Focus program — a perfect fit for Key West’s creative masquerade-loving community, notes Tuckman.

Often overlooked at film festivals in favor of the more traditional categories of honoring directors, actors and scriptwriters, the KWFF’s choice to focus on costume design signals an intuitive connection between the team behind the festival and the surrounding community it serves, summed up perfectly in the film festival’s mission statement to “showcase films that capture Key West’s essence: creativity, diversity, sustainability and beauty.”

“I don’t necessarily want to say it’s become a trend, but because there are literally thousands of festivals, it’s kind of become a trend to find a niche,” Tuckman said. “And there are awesome film festivals that focus on screenplays and screenwriters, one even highlights composers. For us, we knew the top-line stuff like acting didn’t need a festival. But there is something very specific to Key West about creativity and design and that’s why we chose costume design as the category to highlight each year.”

Oscar-winning director and part-time Key West resident Julia Reichert also will receive a Golden Key Award at this year’s festival. Her student film at Antioch College, “Growing Up Female,” was the first feature documentary of the Women’s Movement and she and filmmaker Steven Bognar won the 2020 Academy Award for Best Documentary for “American Factory.” This year, the KWFF will screen the Florida premiere of her latest feature, “9 to 5: Story of a Movement,” followed by a special 40th anniversary screening of the 1980 classic “9 to 5.”

Although the festival has grown to include some serious cinematic heavy hitters, there still is a Florida focus to the event. Not only will the Film Festival highlight films made by professional Florida filmmakers, but student shorts from the Sunshine State will also get their turn on the big screen in the

Garden at the Oldest

Nov. 21. In addition, cash prizes of $3,000 will be handed out to student filmmakers as part of the inaugural

Cry,” is herself a Floridaborn filmmaker.)

After three days of thought-provoking and escapist fodder, the festival will close out at The

Perry Hotel on Sunday, Nov. 22, with the world premiere of Doug Blush’s “Rock Camp,” which will be attended by the director, pro- ducer and special guests from the film. “A film like ‘Rock Camp’ at its core is about dreamers who are doing it,” Tuckman said. “If that doesn’t sum up the spirit of Key West, I don’t know what does.”

Most of all, the Key West Film Festival promises to be a memorable experience for the festival’s attendees. “Just like any other festival in Key West, you’ve got to find a way to stand out and be a really unique experience,” Tuckman says. “Over the last nine years, we’ve created a festival that encompasses so many films and genres. We have critics participate, so we’re not just playing big films but also providing context about what makes those films so important.

The Key West Film Festival is beyond just a survey of films — it’s really an impactful experience.”

And this year, the ability to engage in a meaningful communal experience is priceless. “I think we’re all just searching for some sense of normalcy,” Tuckman said. “This year will be different, but we’re just happy to be able to provide some entertainment. We’re working on a fraction of the budget and an even smaller fraction of the revenue, but more than anything it was paramount for us to keep the festival going and to keep it as accessible as possible.

“We also understand that even $99 might be beyond a luxury this year, so we made a point to have at least four free events this year — every night of the festival has a free feature. On top of that, the short films playing at The Perry Hotel and the Oldest House are all free as well.”

For Tuckman, it was even more imperative to host the KWFF in 2020 despite this year’s challenges because of the sense of community and connection fostered by watching a film with others. “We haven’t really been able to have a communal connection about art that is of interest to us but that we don’t necessarily all share the same thoughts on,” he said. “To be able to come together but still stay distant and to be able to see performances on the screen where you can look at the person next to you and see if they’re reacting to the film as well, it’s such a magical thing to know that you’re not the only person reacting to something. It’s so important to be able to experience that again with other people and to start building our connections back up again.”

For the full schedule of events, tickets, news about the festival and contact information, visit www.kwfilmfest.com. ¦