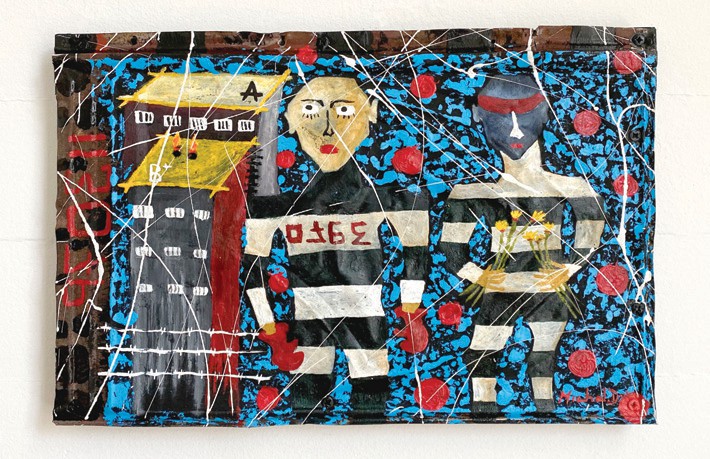 Back in early March, before the news cycle was overtaken by pandemics and protests, local artist Emma Starr was biking down Olivia Street when she spotted a Key West treasure chest: a dumpster parked outside a residential construction site. Starr, whose unofficial motto is “I brake for dumpsters,” couldn’t help herself.

“Whenever I see a dumpster, I stop and look in the damn thing — always,” she said. “In the past, I’ve found furniture, beautiful pieces of timber … I’m a pack rat like that. So I stopped to look in the dumpster in front of the house on Olivia Street, but I didn’t see anything. And then I looked down the side of the property between the house and the neighbor’s property and under a pile of timber, I saw all these metal roof tiles.”

To the uninitiated, a roof tile may not sound like something worth dumpster diving for, but tile as artistic medium has a long history in Key West. In the 1980s, famous Key West muralist Rick Worth started painting on tiles, which he affectionately calls “candy bars” and which he still sells by the dozens decades later. (These days, you can find them at Jag Gallery in Duval Square.) Olga Manosalvas, who has created art in Key West since the ‘80s, started using tiles for her work in the ‘90s, embellishing them with woven and embroidered fabric and appending found objects to them. And beloved local artist Lenny Addorisio was also an early tile-as-medium adopter, mounting a show consisting entirely of painted tiles at Wooden Head Gallery back in the ‘90s. 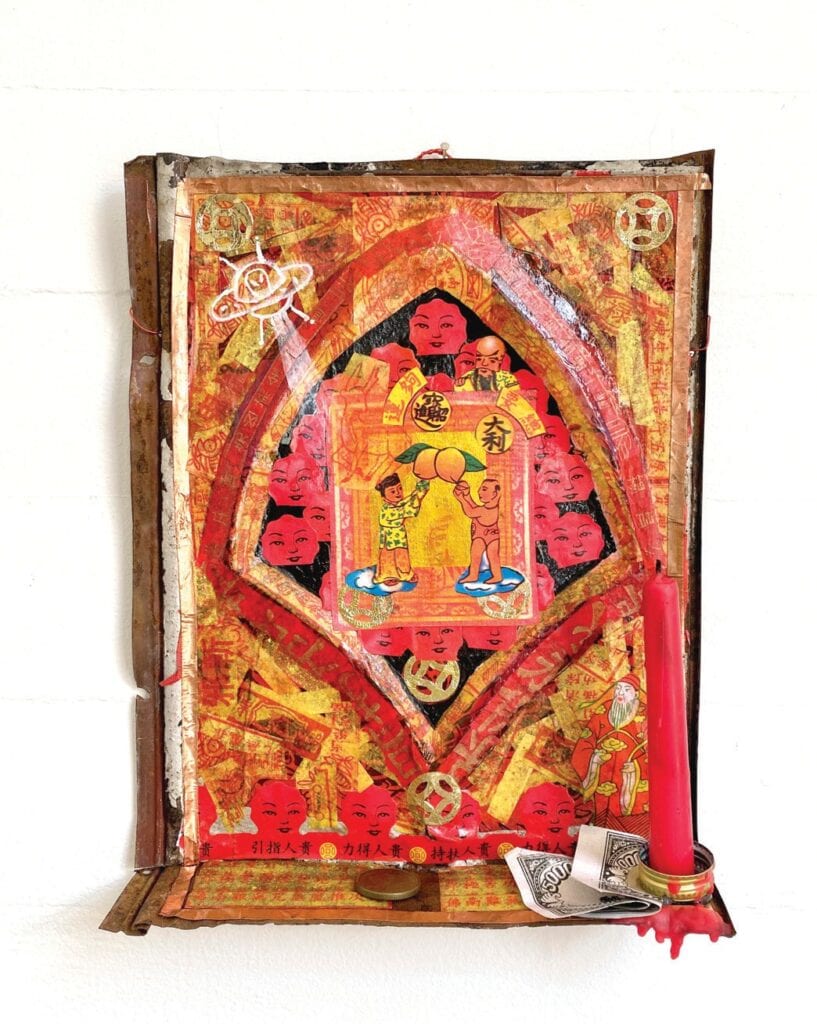 For many artists, painting on roof tiles gives the work a less formal feel, making it more approachable and, importantly, more affordable for less affluent art lovers. And abandoned tiles are free, so finding a pile of tiles destined for the dumpster was like finding the holy grail for an artist like Starr.

“I had to have those tiles but I was on my bike,” she said, “so I asked the builders to put them behind the porta-potty to make sure that no one else took them. I went back two days later and they had put them in a box for me. And then a few days later I cycled past again and the dumpster was full of even more tiles! So I spent an hour in that dumpster in my linen, plucking out as many tiles as I could.” 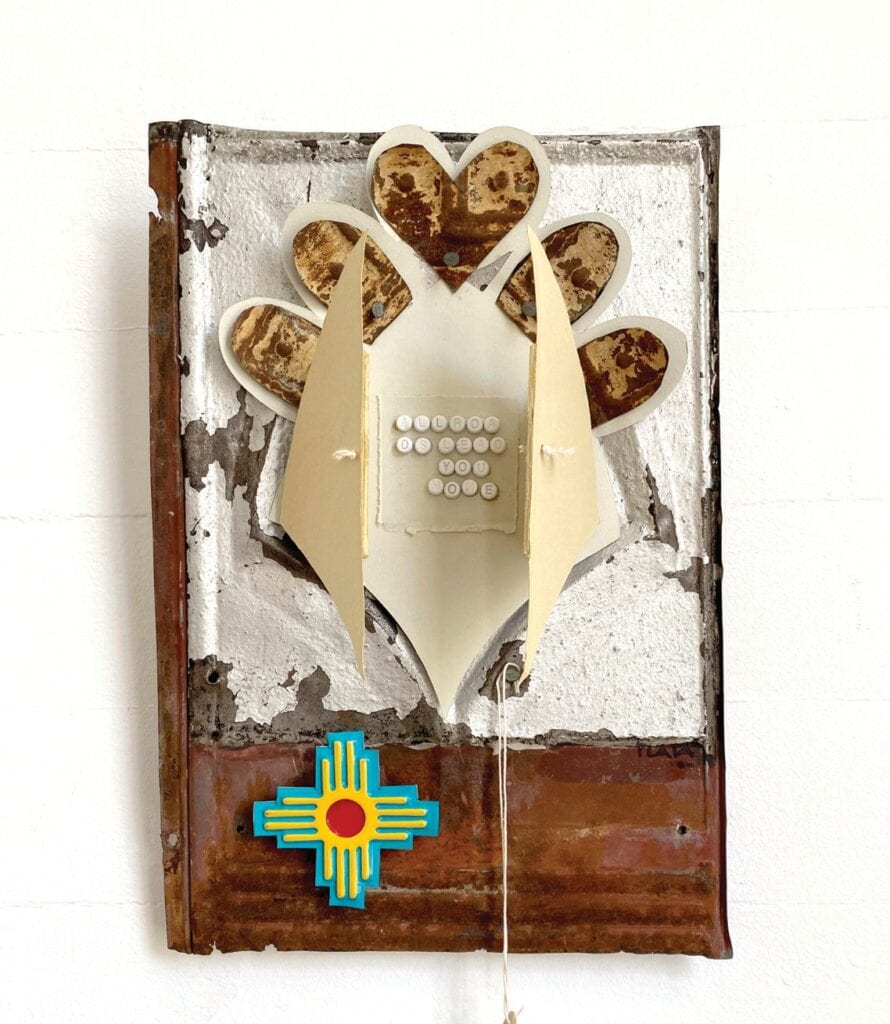 Starr had initially planned to use the tiles on a project of her own, and then the shutdown happened. Galleries closed, leaving artists who had worked for months on collections without a venue to display the fruits of their efforts (and without the income those displays would have generated).

“Artist friends had upcoming shows suddenly postponed to an unforeseeable date and the gallery closures severed the income stream of artists with representation,” Starr said. “One friend of mine in particular had such a profound emotional reaction to her exhibit cancellation that I knew I had to do something. I thought, maybe I can share my tiles and we can create something. From there, the concept just grew.” 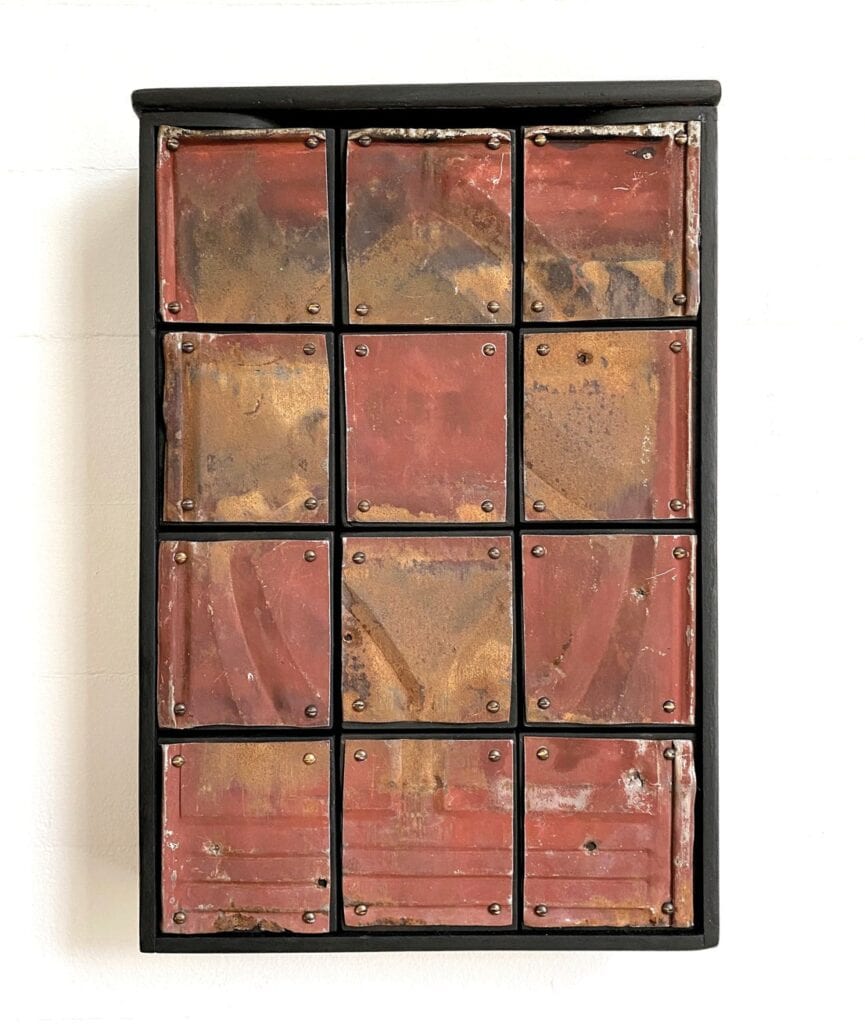 What Starr and her broad circle of artist friends have created is Under One Roof, a collaboration of works by Florida Keys artists in support of local non-profits that give back to local community members affected by the pandemic related shutdowns. Each artist has created their artwork on a piece of Key West history — a salvaged antique pressed tin shingle.

“The unique pattern running through each tile creates a thread of connection that we have been void of, on a physical level, in this state of isolation we’ve all been experiencing,” Starr said. “The decorative, nearly century-old roofing creates a new historical connection between the individual artworks … they become a marker for what our community is currently living through.”

Thanks to the generosity of property owner Ken Silverman, a vacant storefront at 400 Duval St. now serves as a pop-up window gallery for Under One Roof. All proceeds from Under One Roof sales benefit both the individual artists and a local non-profit, with each receiving 50% of the piece’s purchase price, thus contributing directly to both the artist’s and the community’s survival. Some artists choose to donate 100% of the proceeds to the featured charity and prospective buyers also have an opportunity to add an additional donation to the asking price of the work. 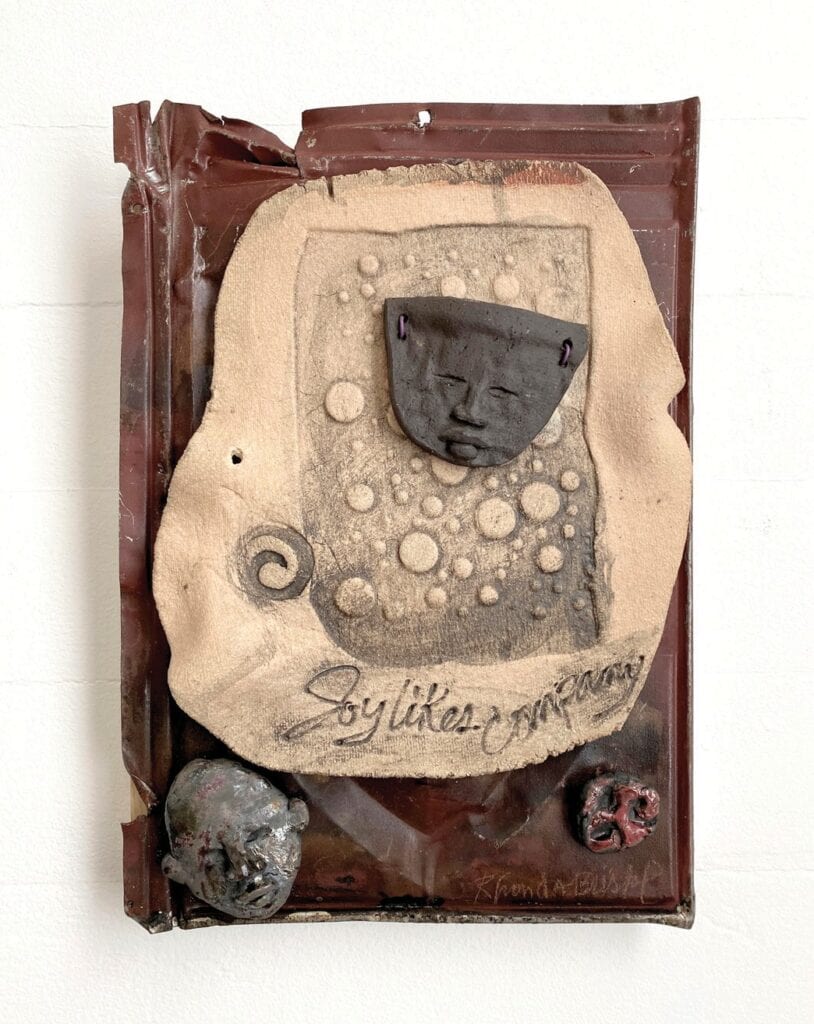 “The focus of this project is community, community, community,” Starr said. “And giving. Every single one of us is in a position to do something to help and to give to the community in some way — it doesn’t have to be monetary. So (my husband) Eric (Anfinson) and I came up with a list of 50 or 60 artists to contribute pieces to Under One Roof — I still can’t believe so many said yes!”

“As the project idea evolved I realized the need to include a local non-profit that could benefit from sales as another way to support individual members of our community,” Starr said. “Though many of the island’s unemployed service industry workers rely on emergency financial assistance from Sister Season after natural disasters like hurricanes, the effects of the months-long mandatory shutdowns have hit them harder for a much longer period of time. Sister Season has been a fantastic partner. Before their checks had even cleared, they wrote checks to make sure the artists were paid.”

Part of the sales proceeds from the upcoming Series II will benefit the Florida Keys Council of the Arts – Audubon House Artist Fund. This relief fund was established by the Mitchell Wolfson Family Foundation to assist Monroe County artists who have been affected financially by COVID-19-related closures. There are many artists still requiring assistance and the Florida Keys Council of the Arts is still supporting individuals through the generosity of the Audubon House Artist Fund.

“We, as artists and as a community, both locally and globally, are all traveling these strange new times together,” Starr said. “We have been hibernating, going inward and isolating in our homes and attempting to get through this experience in the best way we know how. We are all under one roof.”

All artwork will be listed for sale via Instagram at @under_ one_ roof_ keywest and on Facebook at “Under One Roof Key West.” After sales go live at 8 p.m. on Saturday, June 27, the first to request a particular piece of art will secure that piece. The sale will be hosted live simultaneously on Instagram and Facebook, so the earliest time a purchase request is posted guarantees the poster their preferred piece. Visit the Under One Roof social media pages for more information and to reserve your favorite pieces as soon as the sales go live. ¦

12 responses to “Key West artists unite ‘Under One Roof’”