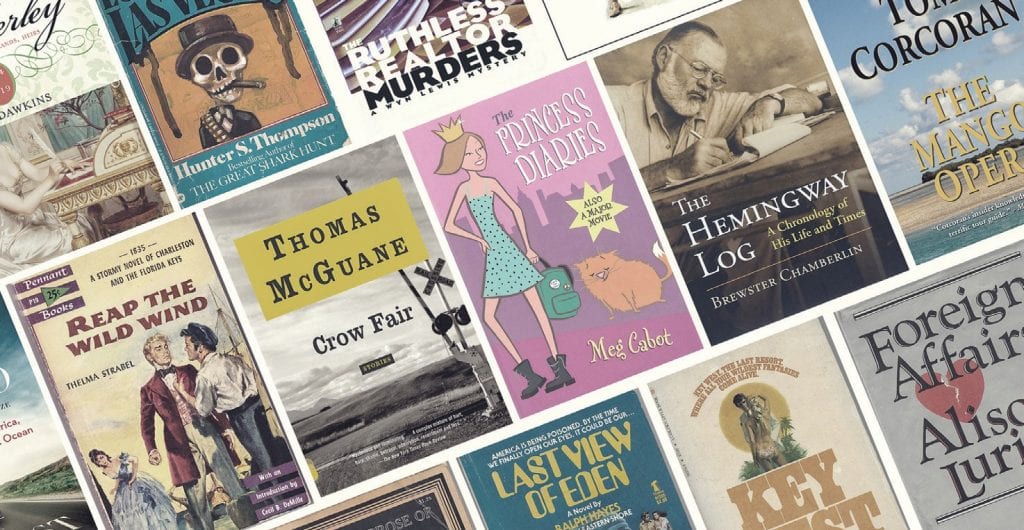 Key West Art & Historical Society celebrates the “Literary History of Key West,” an exhibit that opens with a special reception on Friday, Nov. 1, from 6 to 7:30 p.m. and runs through Feb. 9, in the Byran Gallery at the Custom House Museum (281 Front St.). The exhibit pays tribute to a selection of nearly 40 writers spanning generations and genres. 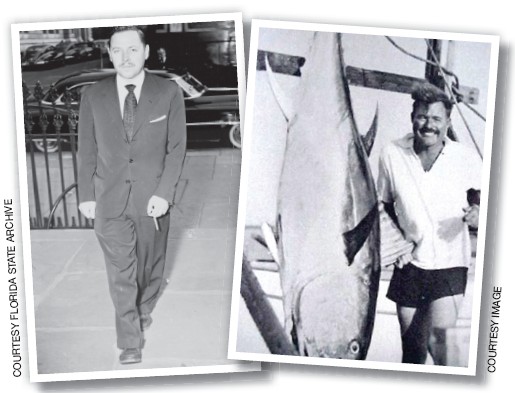 Tennessee Williams, left, and Ernest Hemingway, right, are two of the most famous writers who have called Key West home.

“Once the tradition of writers living and working on the island had been established by these early luminaries, others began to follow in their footsteps,” says Convertito. “Newcomers to the island embraced the reputation of those who came before them.”

With a heavy focus on individual narratives that include their connection to Key West, the exhibit also aims to serve as a springboard for discovering the island’s cultivation of inspired works and the authors who penned them.

“Understanding our long-standing literary tradition is key,” says Convertito. “There is such an infusion of people and cultures in Key West, and it furnishes an excellent backdrop for writers, particularly the eccentric perspectives in narrative.” Going further, she says, “this island sustains a genuine balance of magical and mysterious which continues to attract Pulitzer Prize winners, Poet Laureates and Nobel Prize winners.”

“Literary History of Key West” is sponsored in part by the State of Florida, Division of Cultural Affairs. For more information call Cori Convertito, Ph.D., at 305-295-6616, ext. 112, email her at cconvertitofarrar@kwahs.org or visit kwahs.org. Your Museums. Your Community. It Takes an Island. ¦