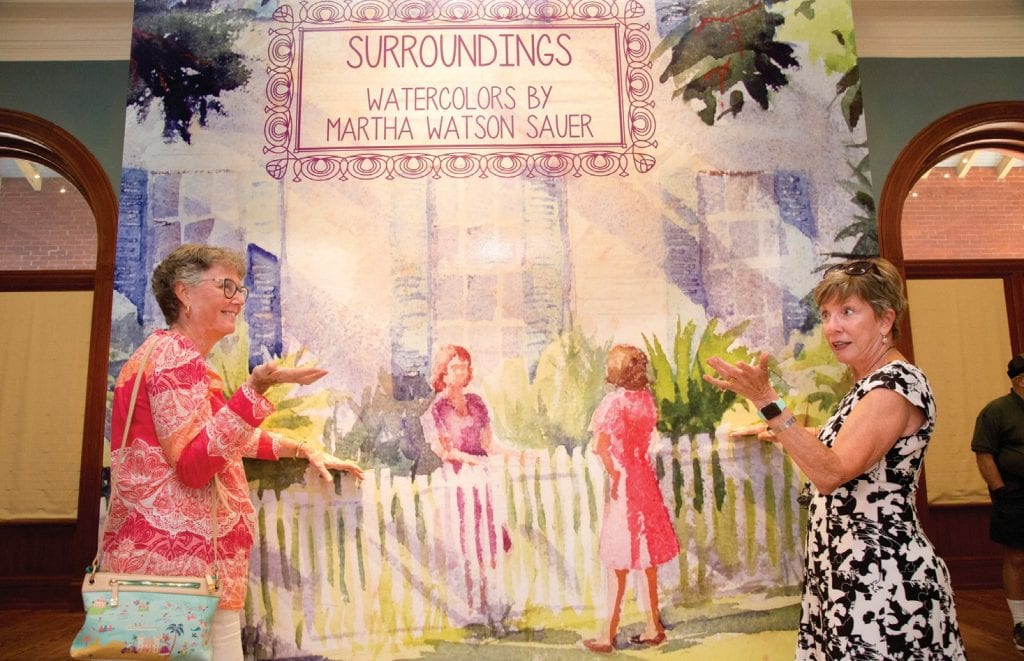 A solo exhibit celebrating the plein air artworks of Martha Watson Sauer opened at the Custom House Museum (281 Front St.), on Aug. 23 and runs through Nov. 10.

Key West Art & Historical Society honors the plein air artworks of Martha Watson Sauer in a solo exhibit which runs through Nov. 10, in the Bumpus Gallery at the Custom House Museum at 281 Front St. “Surroundings: Watercolors by Martha Watson Sauer” pays tribute to more than half a century of Sauer’s work, which also include her personal effects and sketchbooks.

Highlights include Key West architecture, people and landscapes, as well as watercolors from Sauer’s extensive travels around Mexico, the Caribbean, Europe and across the United States. They demonstrate a mastery that attracted the likes of artists employed by the Work Progress Administration sent to the island during the Great Depression to encourage tourism.

The Bucks County, Pennsylvania born and nearly 70-year Key West resident arrived in Key West in 1936 during the Great Depression, while the city was clawing its way out of its economic malaise by encouraging tourism. Sauer was drawn to the island after seeing the work of Federal Emergency Relief Administration (FERA) artist Avery Johnson on display at a Miami travel agency.

“My mother and I stopped by accident in a travel agency in Miami,” Sauer remembered. “We saw these watercolors by (FERA artist) Avery Johnson with scenes of Key West. It was such a dear little town. So I said, ‘Let’s go to Key West,’ and we did.”

Once there, she created lino-block prints for tourist brochures promoting destinations such as the Key West Municipal Aquarium, the Hemingway House, West Martello and the Peggy Mills House. WPA members lent their guidance, particularly F. Townsend Morgan, and Sauer became an original member of the Key West Art Center, then known as the WPA’s Key West Community Art Center.

“My aim is to transmit to paper the delights of nature and the out-of-doors; the sun’s heat and the deep cool of shadow,” she said. “My paintings are not puzzles. I like what I see and try my best to present the scene so others may share in the enjoyment of it.” 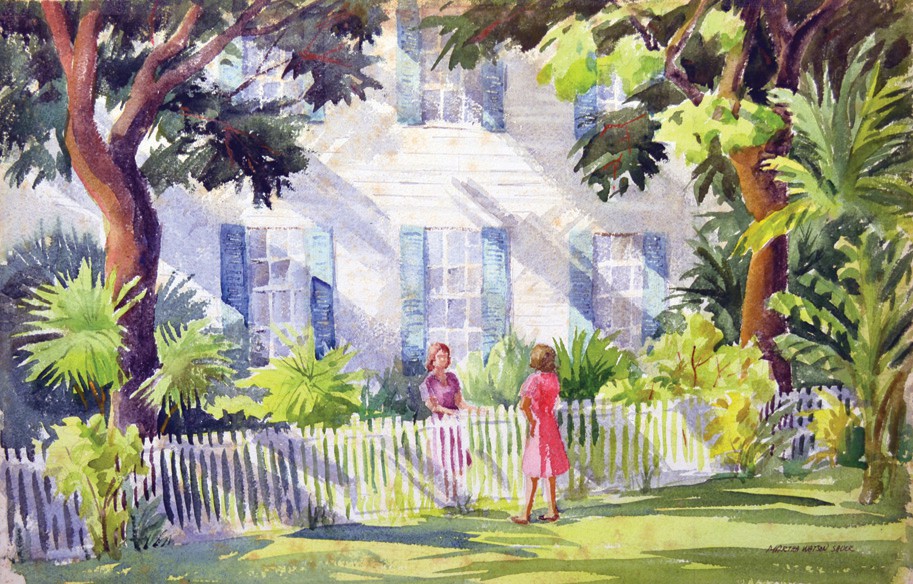 Prior to her death in 2006, she created a vast body of artwork and served as a teacher of watercolor painting and weaving in the Key West arts community. Today, her works hang in private collections in Switzerland, Japan, Great Britain, Canada and the United States, including the Key West Art Center, located at 301 Front St.

“Surroundings: Watercolors by Martha Watson Sauer” is sponsored by The Helmerich Trust and the Key West Art Center. For more information, call Cori Convertito, Ph.D., at 305-295-6616, ext. 112, email her at cconvertitofarrar@kwahs.org, or visit kwahs.org.

Your Museums. Your Community. It Takes an Island. ¦