‘Joker’: When you can get a gun, but not your meds 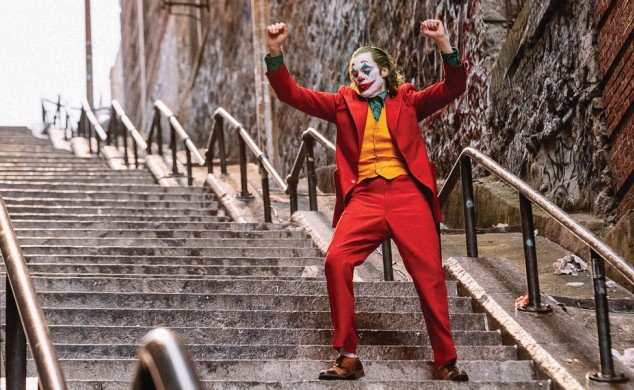 If Travis Bickle had a son, he’d look a lot like Arthur Fleck.

Bickle, a psychotic taxi driver in Martin Scorsese’s near-perfect 1976 film, is an ultra-outsider who comes to despise his city, so he becomes a vigilante. Fleck, a psychotic clown who ends up destroying a city, is an outsider dying to fit in somewhere in Gotham City — where it’s always overcast with a chance of disaster. Fleck is the very imaginable, downtrodden failure in Todd Phillips’ masterful “Joker.” Phillips gave us “The Hangover” trilogy. And “Road Trip,” so he owed us this one.

“No one with mental issues should see this movie,” a friend said before I packed up my clinical depression and headed over to the New Town cineplex.

For two hours, I watched mental illness nearly kill a fictional character who doesn’t seem so fictional these days. It also doesn’t spare those around him.

Fleck, who suffers from psychosis — and probably other stuff — knows he’s unstable. He’s severely troubled, but not stupid. “I’ve never been happy one minute of my life,” he says at one point. 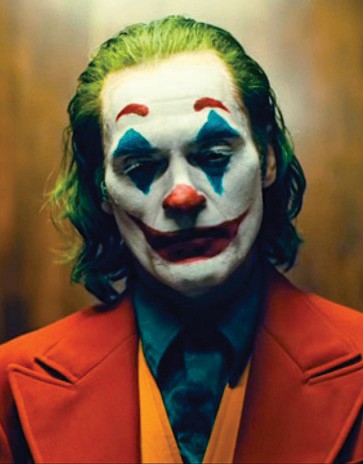 All skin and bones and chain-smoking with bouts of purportedly uncontrollable laughter, he’s deemed a loser by those with whom he interacts.

Arthur can’t win, until he blows away three obnoxious yuppies — those deemed winners — on a subway train. Chaos ensues. Class warfare ensues, of course all during a garbage collection strike.

Or is it all in his head, a grandiose delusion in which he is a hero after all?

It’s impossible to joke about “Joker.” It’s creepy and sad and disturbing and mirrors a country that cares less about treating mental illness than it does about its firepower.

“Joker” has been called an excuse for violent white male angst and it can feel that way. I’m not the first to compare it to “Taxi Driver.” That’s because “Taxi Driver” is smeared all over “Joker”: Untenable loneliness. A politician who’s a dick. Cybill Shepherd’s character is changed to a single mother who unfortunately lives next door to the Flecks. And, like in Bickle’s world, a gun in the hand equals power.

Oh, and Robert DeNiro, the man behind Travis Bickle, plays a TV host all condescending and eager to belittle a troubled man for a cheap-shot laugh. If you thought of Scorsese’s “King of Comedy,” you get extra points.

“Joker” is shot in faded colors and streets filled with endless piles of garbage. It’s incredibly well-made and the screenplay is on point. Audience members have cheered the violence, enjoying the lethal payback for bullying. That’s understandable, mirroring a population that can’t deal with a Facebook rant, much less having French fries pelted at them on a subway train.

Does this movie even need to exist? I had mixed feelings about whether I even needed to see it. As Joe Bob Briggs determined, a movie’s scorecard is described as “fu.”

“Joker”: Not as good as “Taxi Driver,” but better than “American Psycho.” High praise. ¦