I felt judged by JLo’s body … and I liked it 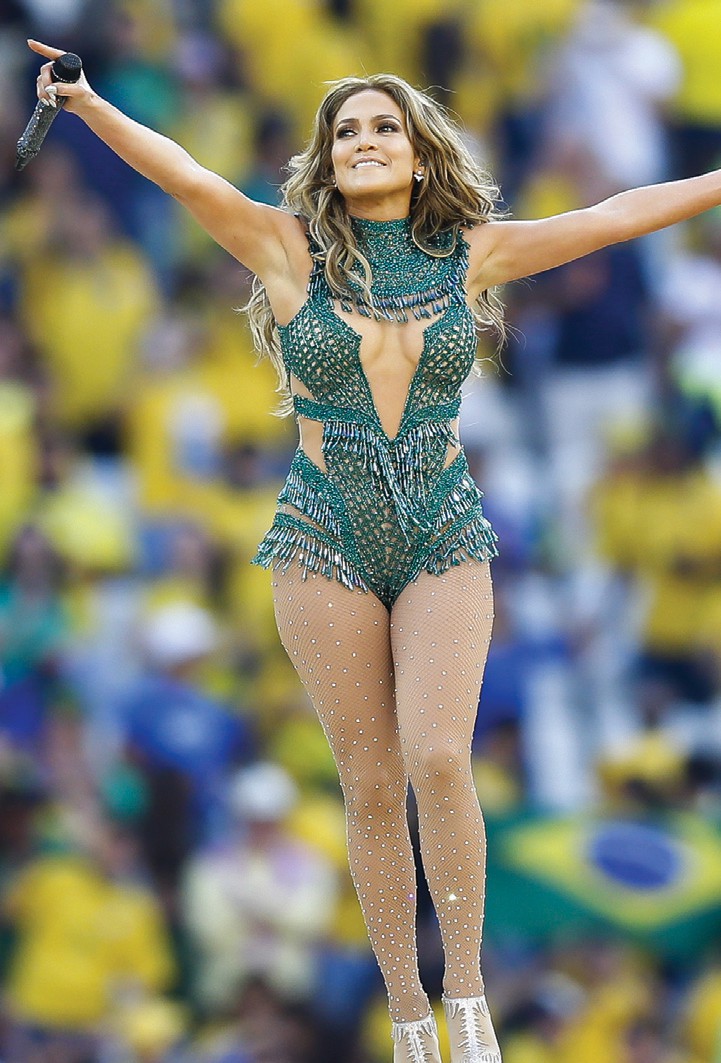 After delivering a breathtaking spectacle at the Super Bowl LIV Halftime show, Jennifer Lopez and Shakira did this remarkable thing. I can’t shake it off my mind. The two women, the perfect power couple to take on the Super Bowl gig, stand side-by-side and each tosses an arm around the other.

They exhale. It’s all over, in the books forever.

Shakira looks simply elated with a “Yeah, I did it!” look on her face. Lopez is less smiley, more like, “Yeah, bring on the haters. Oh, and top that, bitches.”

And at this moment, they own the airwaves. And they know it. They bask in triumph after completing the flurry of dance numbers, the lower body close-ups, the stripper pole moves and the ass-shaking and the reminders that they’re both Latina.

But then the real spectacle had only begun. It was time for the onslaught of angry people to take to their keyboards or phones. Was it sexist or empowering? Was it too dirty for the Super Bowl? Was it dirty at all? And if you didn’t like it, aren’t you just a prude this side of the Amish or, better yet, a total racist? If you did like it, aren’t you forgetting about that whole #metoo movement?

I shrugged through a lot of Facebook posts. I was conflicted. I’m a woman who loves women, so I had mixed feelings. I loved it, but I knew that in some ways I shouldn’t have. America nearly lost its dang mind trying to sort it all out.

“Hola, Miami!” Shakira greeted the crowd at the start. I cheered. Lopez draped herself in a reversible boa-type jacket that was one side American flag and the other side the flag from her parents’ birthplace, Puerto Rico. I cheered some more.

Those moments were perfect. So was the choreography and the costume changes and the … well, the women. I may have pulled some brain cells myself. Hey, I don’t tell lies. But then there’s that uncomfortable feeling I get.

There was the moment when JLo bends over to basically show you every inch of her fanny, complete with sequins beneath that leather number. Shakira crawled on the stage as a rapper emerged. And frankly, I don’t know if I want to be her or sleep with someone just like her. But my immediate reaction is that I was thrilled by the show — the spectacle, the insanely over-the-top crush of beats and butts.

But then came the guilt. Did I just enjoy the objectification of women or co-sign treating all women like they’re only a collection of body parts or am I a progressive comfortable with a muscular, positive display of sexuality? I didn’t need to hear anyone asking me in a knowing voice, “So, you liked that, right?”

The guys on one of my favorite podcasts talked about the halftime show sights in trash language that left me disappointed and stung. I felt like they were talking about my sisters. The meme I hate the most, so far, is the one comparing Rue McClanahan, of the classic sitcom The Golden Girls, to JLo. Mean. Totally mean, people. And dumb. It illustrated this specious argument that if you felt Lopez and Shakira went too far, it’s only because your ass doesn’t begin to compare.

Of course, when you get paid like that, it’s a little easier to have chiseled abs than if you’re holding down two underpaid jobs and have kids to raise. Not a lot of time for spin class and zucchini-noodling among the working class. One national newspaper published an op-ed about how watching JLo made the author harshly judge her own body. Nice try, lady. Don’t blame JLo for the luxury problem that is American women always feeling fat — and advertising repeatedly pouring salt in the insecurities — and don’t go to the bad place over 14 minutes of glamorous booty-shaking revelry.

Also, let’s not bury the real story: Shakira and JLo were packaged together, but something happened that was unscripted. Shakira upstaged her elder. She was like a gleeful honor student finally getting to drive the car and show off her ridiculous riches of talent. Look, I can play drums! I can play guitar! I can get leered at by rapper Bad Bunny.

Lopez was all diva — and why not? She’s earned it with prepackaged sexuality wrapped up tightly in Versace. I’m not disrespecting Jenny from the Bronx. If I ever met Jennifer Lopez in person, I’d just start crying. Or I’d flee. She’s intoxicating in her performances, and from “Out of Sight” to last year’s good as hell “Hustlers,” you know she’s got more than a perfect body.

The big takeaway from the year’s biggest halftime?

Latinas ruled for 14 minutes at America’s beloved Super Bowl and that was something to behold. When Lopez’s daughter sang the title line from Springsteen’s “Born in the U.S.A,” as her mom donned the dual-flag cape, my heart grew a couple sizes bigger. The children in “cages” made my jaw drop. How’d that get by FOX producers?

So I decided it was a transactional experience: For every T and A shot, we got a super awesome Latin dance party to which we didn’t deserve an invite.

For every bend-over pose, we got JLo draped in Puerto Rican flag colors and Shakira doing a tongue thing that we all got scolded at on the Internet later by know-it-alls for not knowing it’s a “zaghrouta” — a traditional Arabic expression of joy often seen at weddings.

But when it was all over, as two remarkably talented women exhaled, I knew something had been changed. For good. They can’t take away those 14 minutes when Latinas owned the top shelf of network real estate.They can’t take away Lopez and Shakira reveling in their heritage and unabashedly showing off, all at the same time. ¦