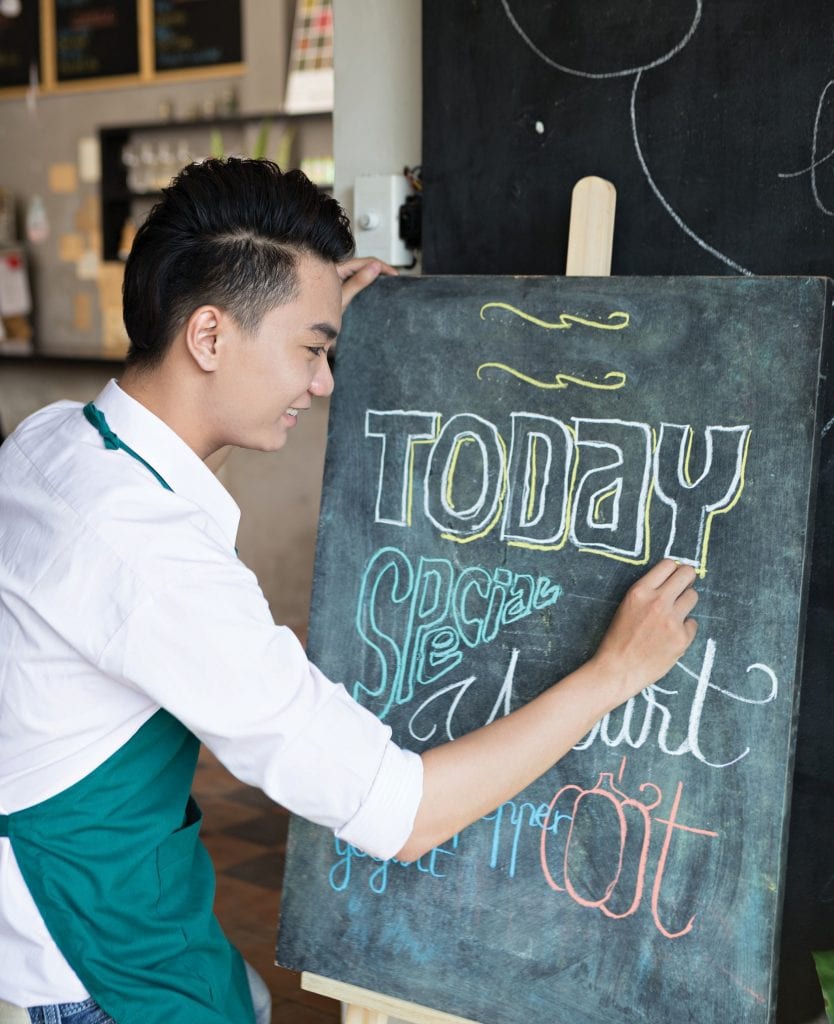 ** September specials are the culinary consolation prize for those of us staying behind on the island in the slowest month of the year. After taking advantage of all of the discounts, will we all need to buy new pants and muumuus as a result?**

Black may be slimming, but it’s far from magic. I smoothed my dark ringer tee over a bulge noticeably more convex than it had been at the start of summer. It was over two months since I had last performed standup with Comedy Key West at the Bottlecap. During this appearance, the stage lights would ultimately wash my protruding abdomen — a gentle way to put it — in a murky but forgiving yellow glow. The type that does your complexion no favors yet mercifully muddies an all too close inspection by the audience.

“It was all those September specials,” I grimaced.

Sweet, sweet September. When the streets are eerily empty because would-be tourists aren’t having any of this “hypothetical hurricane” bullcrap. When service workers take a month-long jaunt to go see the Grand Canyon or whatever mundane national treasure. When well-heeled locals jettison off to their Cape Code rentals and North Carolina weddings. To say nothing of those lucky folks with multiple passports or foreign in-laws, who opt to leave the continent behind altogether. That’s September in Key West. 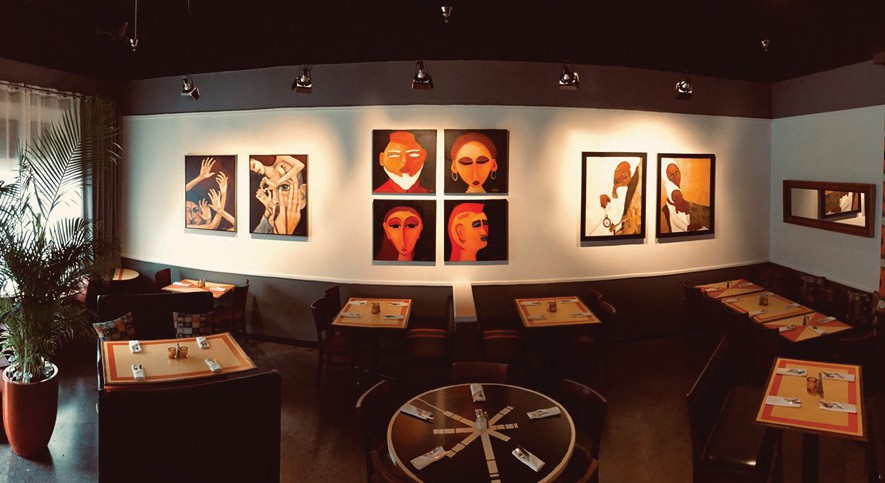 Every night in September the Flaming Buoy Filet Co. took 50 percent off bottles of wine.

However, in an effort to award those willingly (or unwillingly) staying behind — some consolation — there are always great deals to be had. Sweet deals. Sushi deals — not really. Syrah deals. Edible deals. Inedible deals. But let’s focus on the edible ones. The ones that contributed to a five pounds in eight weeks gain — a considerable addition for my petite 5’ 3” frame.

Blackfin Bistro at 918 Duval St. takes a lot of the blame. The Castellano brothers, one a talented thespian and the other a painter, got a jump on the competition with a bold play. At the turn of summer, they decided they could drive more traffic and sales by discounting the entire food menu by a whopping 50% for local diners, with the singular exception of Sundays. Nice try to anyone who forgot that little hitch and retreated to Salute! at the last minute instead.

The Pollo al Quattro Formaggio, along with other menu items, was 30 percent off at Mangia Mangia Monday through Thursdays in September.

Creamy spaghetti carbonara, decadent wagyu burgers, sinfully filling goat cheese croquettes and old fashioned crème brûlée all became routine dietary elements for those strategic and gluttonous enough to repeatedly return to Blackfin’s intimate setting. Although Grand Café would later board the generous gravy train with its own half off deal on both food and drinks, Blackfin’s indoor seating during a punishingly warm summer and almost two-month head start left it uniquely poised to capture the title of best September deal on Duval.

However, there were others that put on a good show. I have a rule about dining out in Key West: I will not entertain baby portions. Even if I’m going to diet, it’s going to be on a regimen that allows me to eat a lot of something. 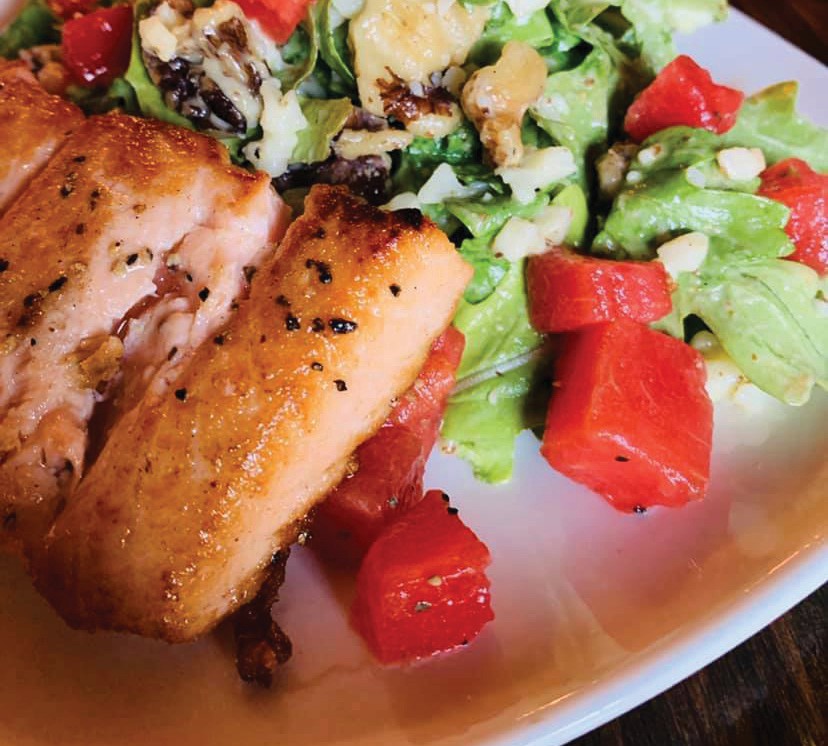 Understanding my M.O., you have to appreciate the portions at local Italian mainstay Mangia Mangia. Its Pollo al Quatro Formaggio — a decadent mix that includes diced chicken, Pecorino

Romano and Gorgonzola cheeses, cream and spaghetti — would be 30% off Mondays through Thursdays, alongside all other food selections. Mangia’s servings routinely meant you could punish yourself with half now and then enjoy the other half as hearty remains the next morning.

The Flaming Buoy Filet Co. also prepared to assuage the collective gullet at their new Eaton Street location. I soon came to think of them as “the place to finish ballooning your body when the popcorn at the Tropic did not.” Every night in September, Flaming Buoy Filet Co. patrons indulged in 50% off bottles of wine, while Sunday through Thursday featured 25% off the entire food menu.

This deal made it all the more affordable to enjoy expertly sweet chocolate Belgian waffles and Lobster Mac n’ Cheese while co-owner Richard “Scot” Forste — the weird one — regaled you with fascinating tales for each of the curious Star Wars or Indiana Jones trinkets dotting the bar. The Flaming Buoy might seem pricier compared to some of the other establishments mentioned here, but the combined food and drink hacks stabilized the bill a bit. Plus, you are paying for the retro supper club feel. 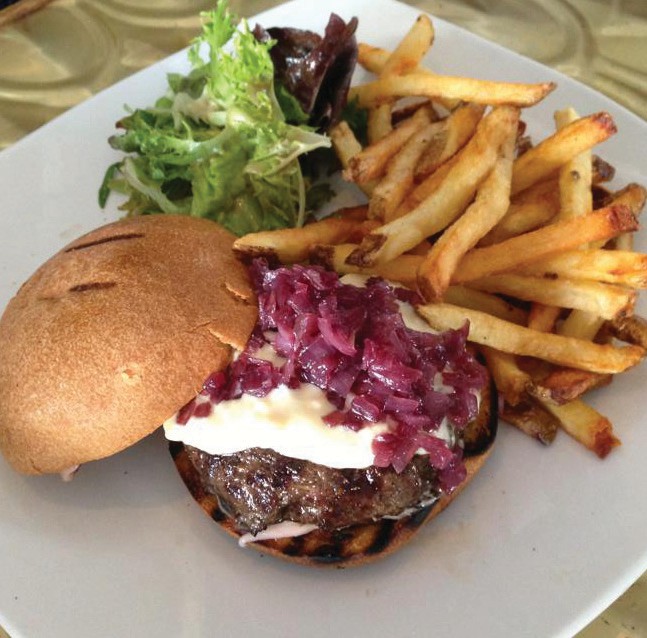 The Wagyu burger, above, and a selection of Pastas and tuna, top, at Blackfin Bistro, where locals got a 50 percent discount Monday through Saturday in September.

A few other restaurants earnestly tried to sneak into my increasing waistline. Matt’s Stock Island Kitchen and Bar served up BOGO (that’s millennial for “buy one, get one”) entrees. Fortunately, not knowing how to drive limited my off-island guzzling to a single smoked cheddar Boursin cheese Cayo Hueso Burger. And Matt’s pricy s’mores milkshake is liquid nirvana.

Santiago’s Bodega also came calling, with 50% off hot and cold tapas (which encompasses the eatery’s entire menu). The shrewd limiting of the special to Mondays, Tuesdays and Wednesdays meant reservations went quickly and, alas, there would be no cilantro butter crusted salmon with a lemon crème fraîche for me. 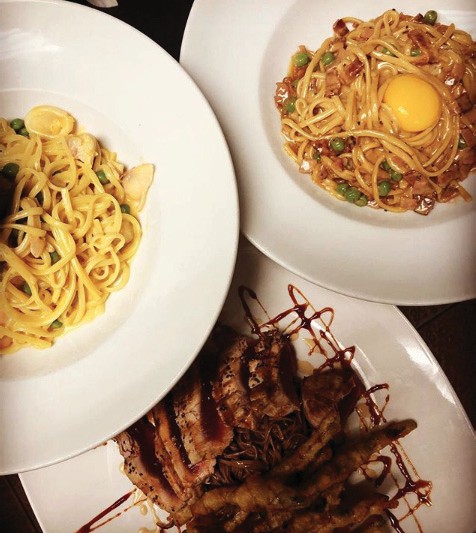 As a “sit down” comic performer (meaning I literally sit down for sets), I decided to stand up for my routine two weeks ago. Not so much on the advice that it would allow me to be more expressive or pantomime better. No. It’s just a whole lot easier to suck your stomach in when you’re upright instead of hunched over. My set was great. It was now a little after ten. I wondered if Blackfin would still be open this late. ¦