‘Glass’ to premiere at Waterfront Playhouse 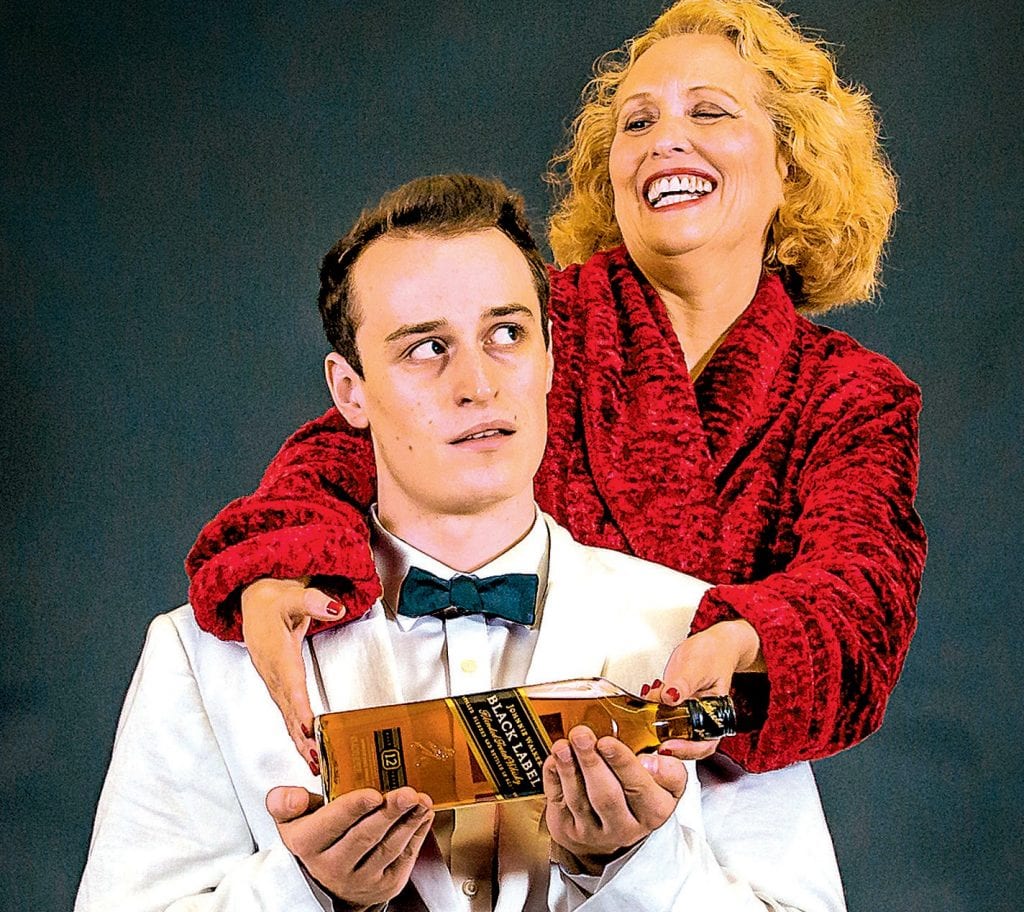 The award-winning Waterfront Playhouse presents the world premiere of a new play by Michael Aman, “Glass.” The playwright imagines a fictional encounter by two legendary figures of the American theater: Tennessee Williams, a young playwright at the beginning of his career, and Laurette Taylor, a famous actress facing the end of hers. Meeting backstage before the opening of “The Glass Menagerie,” an unopened bottle of scotch is discovered in her dressing room, igniting sparks as they are both challenged to face down a common demon. Can they come together to create a night that will live in infamy, or will their fragile confidence shatter like the fine crystal glasses in their hands?

“Glass” premieres on Thursday, Jan. 16, with an after party held in the sculpture garden opposite the theater following the show. Previews are Jan. 14 and 15, with discounted tickets available. A very special talk back with the author and director will follow the Friday, Jan. 17, performance.

Laurette Taylor is played by Merry Jo Cortada. Her recent foray has found her in Los Angeles as Abuela in the Disney Channel’s “Stuck in the Middle,” Nita Colon in “Lila and Eve” with Viola Davis and Jennifer Lopez, and as Maria opposite Bruce Boxleitner in Peter Ettinger’s “Bank Heist.” This summer found her in NYC performing in Tony Macy-Perez’s “90 Miles of Separation” at SummerFest and in Fort Lauderdale performing in Michael Aman’s two short plays “Looking for Dick / Finding Jane.”

Tim Torre plays Tennessee Williams. Seen last season in the Waterfront Playhouse production of “Sex With Strangers,” Torre has also appeared in productions of “Harvey,” “Take Me Out,” “Much Ado About Nothing” and “A Midsummer Night’s Dream.” Film credits include the lead roles in the feature films “LOCO” and “Against the Night” and lead roles/ awards in various independent feature and short films cycling through the festival circuit, including Dances with Films, the Independent Shorts Awards, Canada Shorts, South Dakota Film Festival, Indie Fest, Key West Film Festival, Studio City International Film Festival, Independent Film Festival Boston and more.

Directing “Glass” is Michael Bush, currently professor of practice at the University of Miami, where he serves as the artistic director of the Jerry Herman Ring Theatre. Technical director Michael Boyer is set designer, Kim Hanson designed the lighting, costume design is by Michiko Kitayama Skinner, and Tim Dahms serves as production stage manager.

Tickets can be obtained by calling the Waterfront Playhouse box office at 305- 294-5015 or by visiting waterfrontplayhouse.org. Ask about date night, student and military discounts. ¦