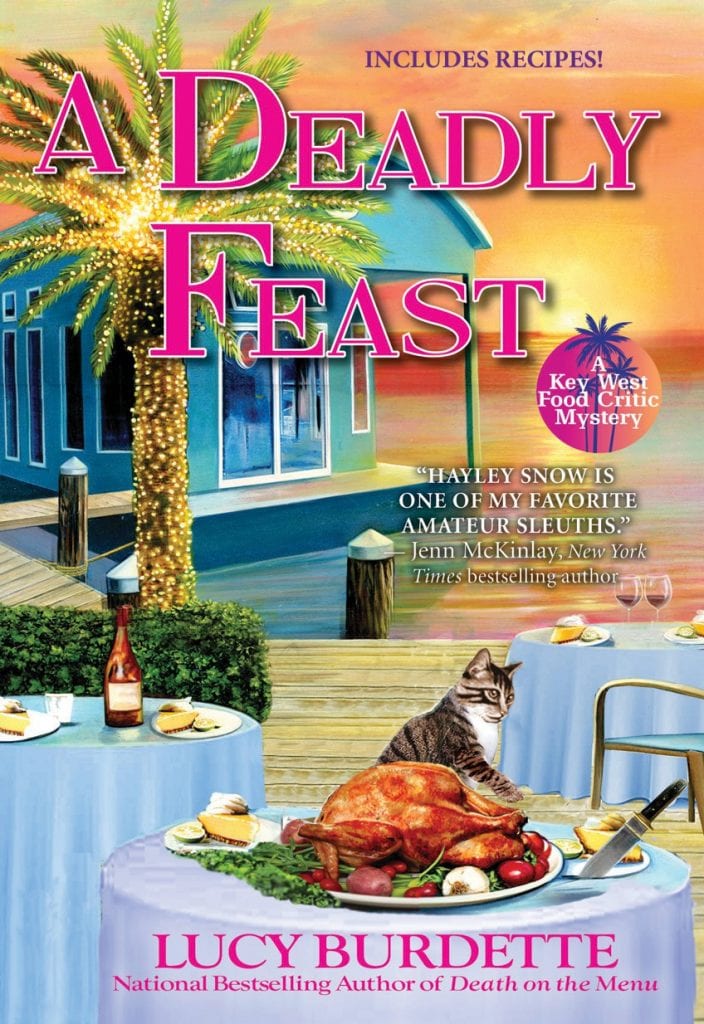 Calling a book and its main character “delightful” might not seem like a term of high praise. However, how much in our lives is delightful? How often might we wish to be delighted?

Like its eight predecessors, this latest title in Lucy Burdette’s Key West Food Critic Mystery series will put a smile on your face while keeping you engaged with suspenseful plot details and the charms of idiosyncratic Key West.

Exuberant, curious and good-natured Hayley Snow is the restaurant columnist for Key Zest magazine, and as readers now expect, doing her job is likely to lead her into trouble. She’s covering a seafood tasting tour orchestrated by her friend Analise, an event meant to show off Key West cuisine, when things go wrong: One of the customers mysteriously – dies while feasting at the tour’s last stop.

Analise enlists Hayley’s help, and the game is on. 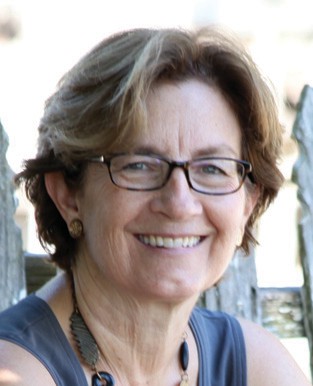 It’s not that Hayley has nothing else to do but go sleuthing. On the schedule is a special Thanksgiving celebration tied to Hayley’s marriage to her handsome, protective beau Nathan, a police detective who’s stressed out by a dangerous case he’s working on as well as his impending marriage and the need to meet many of Hayley’s relatives for the first time.

So, we have a recipe for stress and mayhem.

Oh, one more thing: Hayley and Nathan are hoping to have a houseboat restored in time to move into soon after the wedding. As is so often the case with such endeavors, things aren’t going well and contractors aren’t showing up to meet the schedule.

Was the tasting tour victim killed by something she ate at that last stop? Did something go wrong with Chef Marsha Hubbard’s Key lime pie (her virtuoso signature item)? Is Marsha’s career doomed? Was the event — and perhaps the pie — sabotaged? Will the restaurant’s reputation collapse?

And then there’s a second death.

The police, including Nathan, are on the case, and the lovers have their usual conflict over Hayley’s need to get involved and Nathan’s need to keep her safe and perform like the professional that he is.

It’s all about friends, relatives, food, excitement — and danger. Readers will enjoy the spunky Miss Gloria, who has shared her houseboat with Hayley and is a poster girl for active, insightful octogenarians. Lorenzo the Tarot Card guru is another loveable Key Wester.

Hayley’s relationship with her mother, her mother’s second husband, and Nathan’s police colleague Steve (who is also a churchman of some kind and performs the wedding) all remind us of how nice people can also be interesting, impressive individuals. We also get a taste of Hayley in her work environment, which has its own cast of characters, repeated through the series.

Hayley herself is a compelling mixture of flightiness and responsibility. While readers might occasionally see her writing a food piece for Key Zest, more frequently they see her in motion, or zipping around town on her motorized scooter, helping in her mother’s catering business, asking innocent-seeming questions to people who might have information relevant to a crime she can’t leave alone.

Her scooter travels do the job of reinforcing the map of Key West, its bohemian character, its distinctive landmarks and neighborhoods and its varied, colorful personalities.

However, let’s not leave out the recipes.

“A Deadly Feast” has a mouth-watering allotment of scenes in which sumptuous foods are being prepared. And in the aftermath of the story line, which includes a scene in which Nathan is attacked, the author provides the formal recipes, including Decadent Lobster Macaroni and Cheese, Pecan Pie Bars, Sam’s Cornbread Sausage Stuffing and — believe it or not — Chef Martha’s Sponger Key Lime Pie (courtesy of Martha Hubbard).

Are you hungry yet? Get the book and start reading.

Clinical psychologist Lucy Burdette has published 15 mysteries, including the nine Key West Food Critic titles. Her books and stories have been shortlisted for Agatha, Anthony and Macavity awards. A member of Mystery Writers of America and a past president of Sisters in Crime, she splits her time between Key West and Madison, Conn. You can follow her at lucyburdette.com. ¦

One response to “FLORIDA WRITERS”