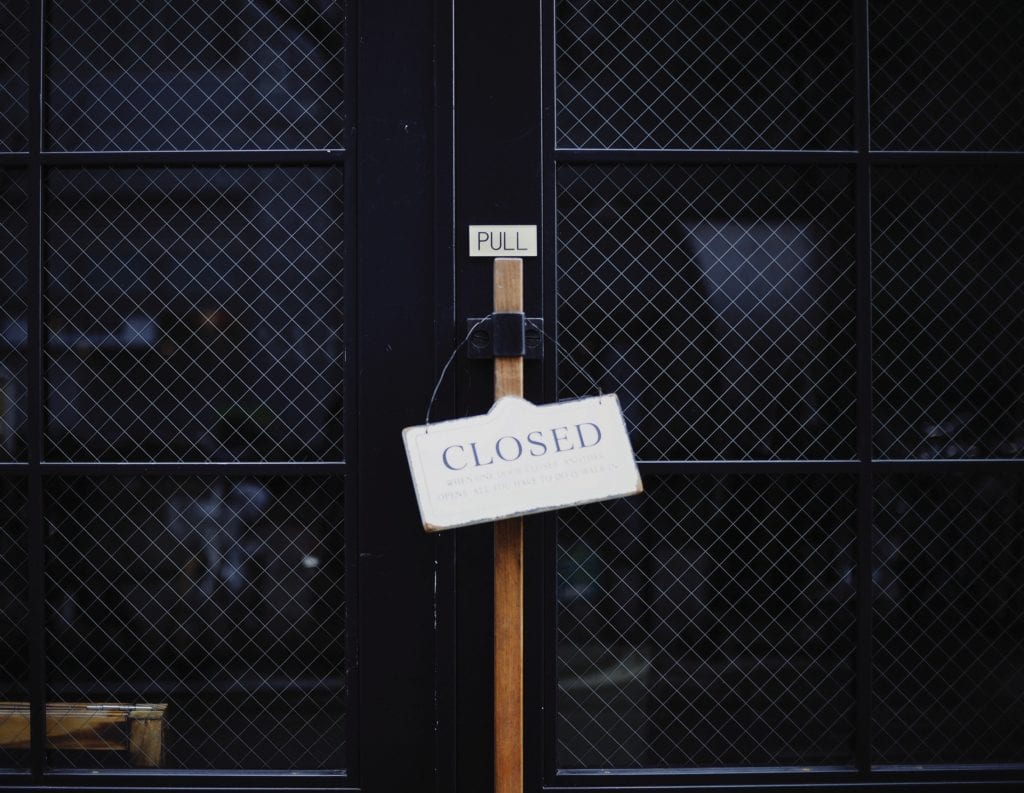 As the start of season approaches in a flurry of musical costumes and quirky festivals, we’re taking a look back at some of the notable establishments that will not be joining next season’s lineup of island jaunts. With few exceptions, these businesses succumbed to exorbitant rents, slow rollouts, high turnover and the increasingly painful reality of owning an enterprise in a city where there can be no rhyme or reason to seasonal demand. There were some genuinely interesting concepts: a dog-centric pub with a great happy hour and a craft cocktail bar right on Duval. Here are five places we bid farewell to and their uniquely absurd elements that you might miss.

The remodeled bar and floors were great. The Ahi Tuna Nachos were even better. For a hot moment, the string of empty lots on the 200 block of Duval appeared to be getting the facelift and infusion of cash it desperately needed, having been neglected for too long. And so, a well-intentioned crew from up north decided to try their hand at the unpredictable business of Key West restaurateuring. 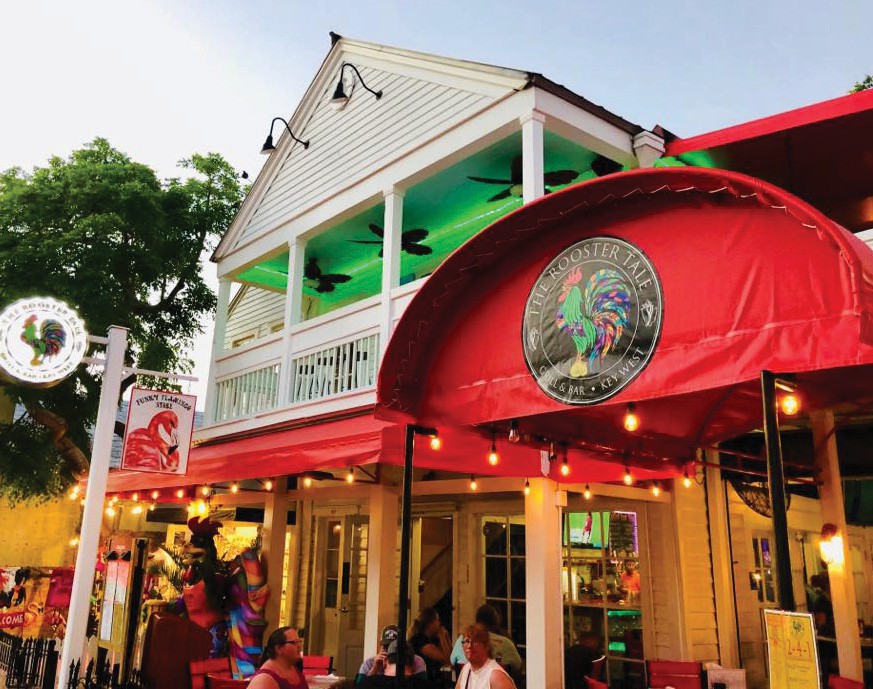 The cuisine was solid, but The Rooster Tale still felt like an average bar masquerading as a restaurant. The full menu took too long to roll out while patrons grew restless with the placeholder version that offered a smattering of bites. Any ideas for breakfast — an unmet niche in that area of Duval with potential — never fully materialized. Capitalizing on their second floor and prime balcony spot for major events like Key West Pride did not happen.

All the while, next door, Lucy’s Retired Surfer Bar crushed any attempts to compete with outdoor live entertainment. This was an unfortunate tale that was quickened by eye-watering rent and a misguided decision to open at the start of off-season. I’m just still not sure what the hell a rooster had to do with any of it. 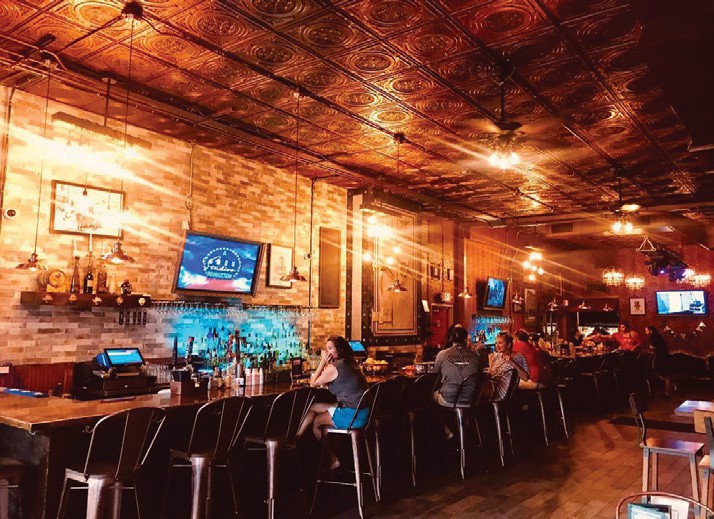 Will be missed for: One of the fastest restaurant closures in recent memory. All the parade viewing and special events that could have been had.

A craft cocktail bar right on Duval as opposed to off. There was — and is — certainly a need for that. This location underwent a remarkable transformation from its predecessor, the wholly forgettable Duval Central that never quite became central to anything at all. More notably, this was also the former spot for the local favorite Lazy Gecko. Historically, there were always going to be big shoes to fill.

And for a while, it seemed like I.C. Double’s was on its way. The hipster tin ceiling glistened. Gene Simmons tweeted about its KISS cover band events. Even Comedy Key West threw down for a one-off laugh special. The food was decent and the drinks were solid. Still, easy come, easy go. No sooner had the staff been reportedly informed of its imminent closure than tourists and residents were once again greeted with a shuttered store front. Rumor has it, a temporary hiatus and plan to relaunch are now dead in the water, but it was a fun addition while it lasted. It’s a unique spot with an unfortunate layout that hopefully will rise again. Someone has to foot that interior design bill! 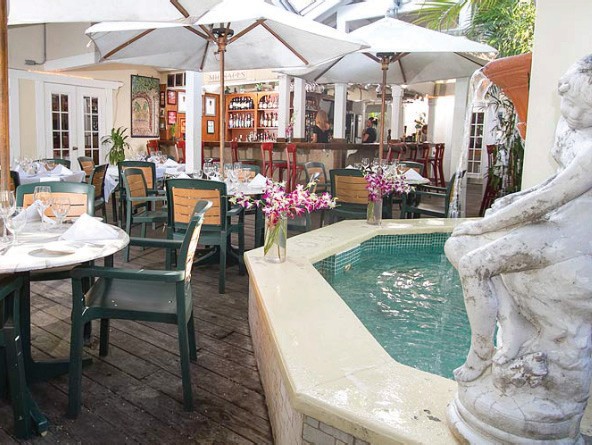 Outside dining area at Michaels Restaurant.

Will be missed for: Really weird acoustics. Looking like General Horseplay’s conservative uncle who made a lot of money from something the family won’t ever discuss.

It had its merits. It was the only place to get cheese fondue and blow through your entire paycheck with expensive wines and steaks enjoyed from the comfort of your plastic chair. Michaels cemented its position as a dining staple here in Key West for 20 years. No arguments there. First dates, wedding anniversaries and top ten lists dotted its history of explosive Volcano Cake and filets with fresh-cut fries. 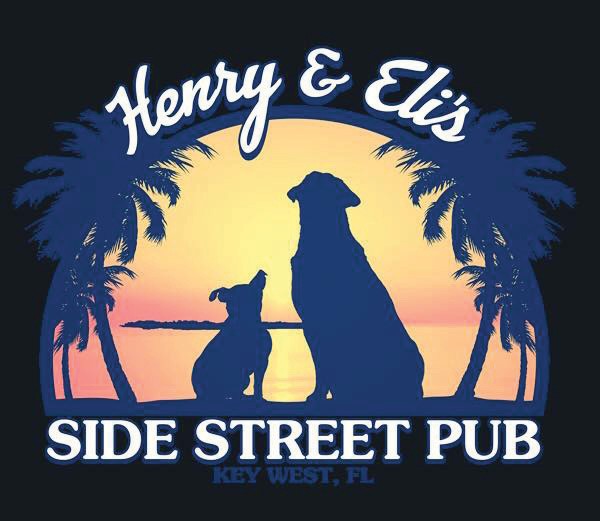 However, Michaels’ history could also be earmarked by rock hard meatloaf and the occasional rubbery octopus.

Still, if you stomached the prices and frequented the leafy Margaret Street location, it must have been quite the surprise to be greeted by a No Trespassing sign on your most recent reservation. Shut overnight amidst a swirl of speculation, this was one of the more surprising closures of the year. Fear not! The house of garlic and pasta across the street is still alive and kicking.

Will be missed for: Cheese fondue. Somewhere to wait when Mangia Mangia was full.

Henry and Eli’s Side Street Pub 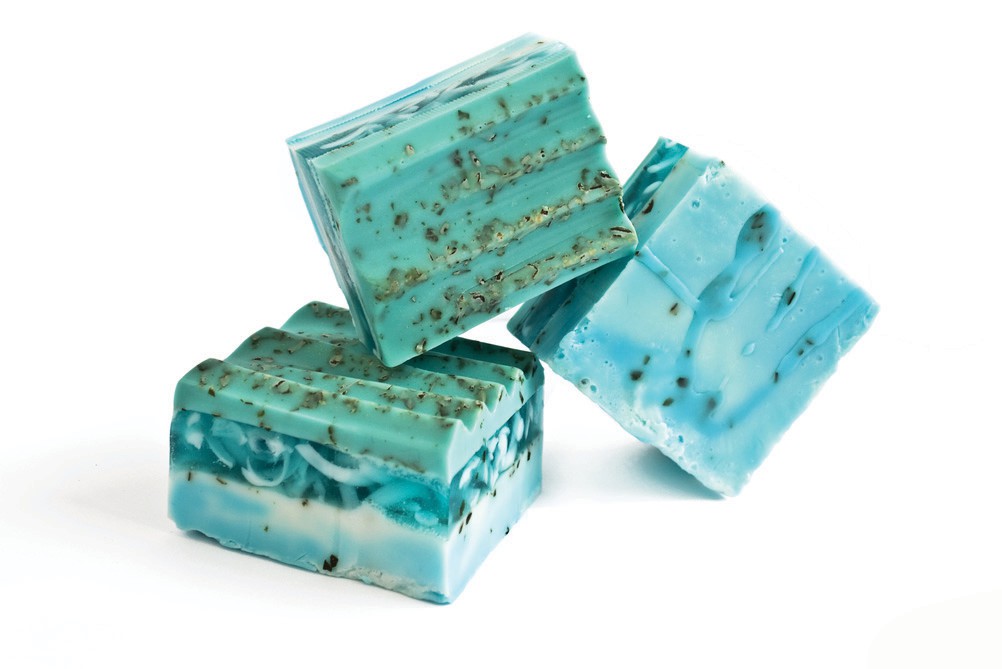 What a great setup this was! A truly dog-friendly establishment with a bar and full menu that doled out entire individual pizzas during happy hour. The staff was always smiling and the establishment bristled with the energy of fresh-faced and clear-eyed newly minted restaurateurs. And so, we can only speculate that for all the enthusiasm behind this venture, the secluded location did it no favors.

Do you know where Fitzpatrick Street is off the top of your head? No? Most do not, despite walking past it countless times. Connecting Front and Greene streets, this “street” —more of a lane — is a blink and you’ll miss it type of location. Tourists hug the surrounding roads on their way through Duval and toward Mallory Square but never seemed to know there was a great eatery down this path.

Will be missed for: All the pups. Its one available parking spot.

Hunting down the individual names of these skincare and beauty establishments was a pain. Always a point of contention, these shops have gathered a reputation for luring people in and launching preposterous up-selling that can result in hundreds of dollars of unwanted beauty crap. Whether fueled by declining demand — Amazon anyone? — or the relentless advocacy and picketing of the Key West Rip-Off Rapid Response Team, at least two storefronts on Front and Duval streets bit the dust this year. It is likely these store numbers will continue to dwindle with activists gearing up for even bigger winter protests.

Will be missed for: The free candy samples that taste like soap. Wait…? ¦

6 responses to “Farewell, we (sort of) hardly knew ye!”