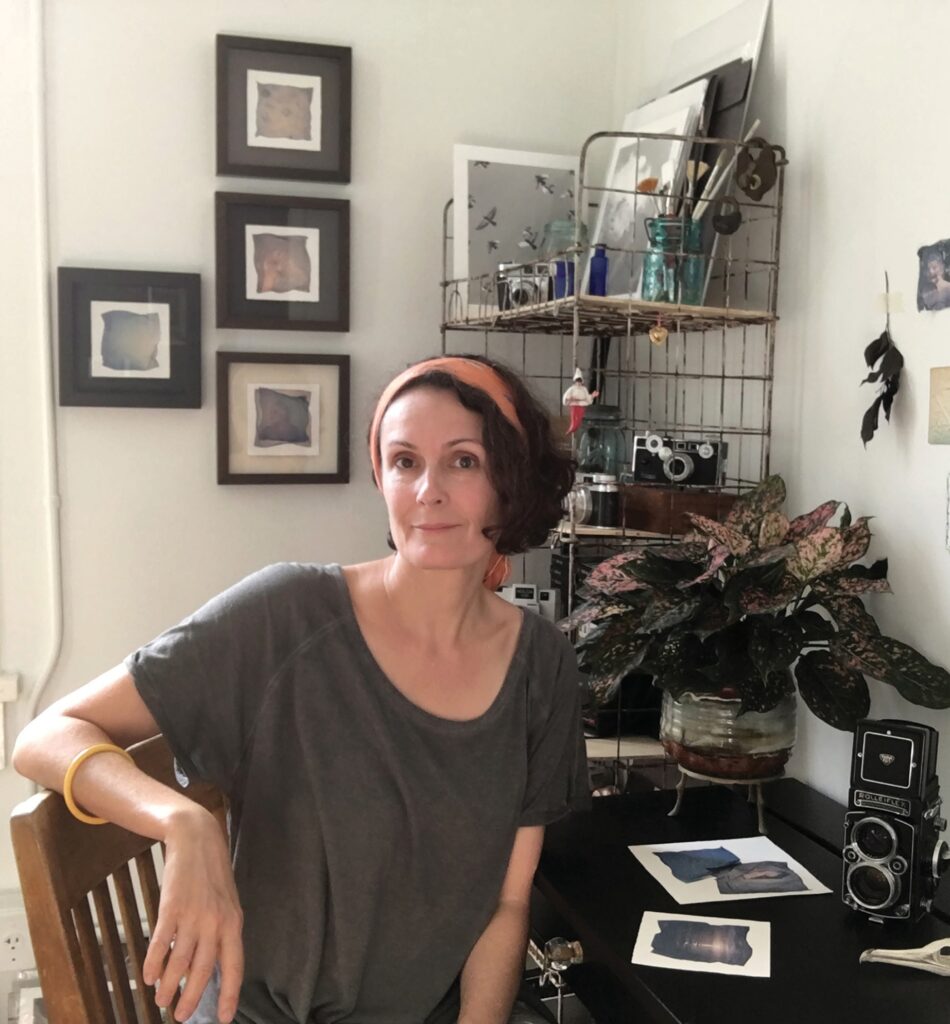 Photo maker and artist Emma Starr is using imperfections of expired film and “lo-fi” cameras to capture the harmony and natural impressions that represent the “vacancy of busyness.”

“Imbue” will be on display through June at SALT Gallery and features work created with Holgas (a “toy” medium-format camera known for producing low-fidelity images), SLRs and “point and shoots.”

Starr said this show represents the happiness rediscovered living on this island.

““Imbue’ is an accumulation of images that I’ve taken over the years and it’s the different timelines that connect the body of work. The earliest image taken in 2013, two months after the passing of my father, is a lone jogger on Ninety Mile Beach on the south-east coast of Australia. This was an eerily special moment as [my father] jogged nearly every day for most of his life. But it’s the images of life here, in Key West, of the water, sky, and flora that are the main thread.”

The Australian-born artist was accustomed to a lingering sense of isolation in her earlier work where urban and abandoned structures heavily featured. Now, Starr feels more immersed in the tropical setting of Key West, which has helped foster a closer relationship with the local landscape.

It was The Impossible Project’s involvement with reinvigorating the Polaroid brand and its products in the 2000s that pushed Starr to “religiously” photograph and share her work through forums. The feedback and eventual revival of the brand solidified her affinity for the medium.

“Polaroid will always have my heart as I was part of this wild experimental film journey with thousands of photographers around the world who desperately wanted to keep instant film alive.”

While “Imbue” features no Polaroids, the 35mm and 120 film format made for familiar results. Starr hopes that this second solo show, which will open on the heels of her upcoming boutique Luna, will shed a bit of light in turbulent times.

“With all that we have been through in the last two years, locally and globally, not to mention all the war and sadness we as a community continue to witness around the world, having the opportunity to bring joy and light to people through art is meaningful to me.”