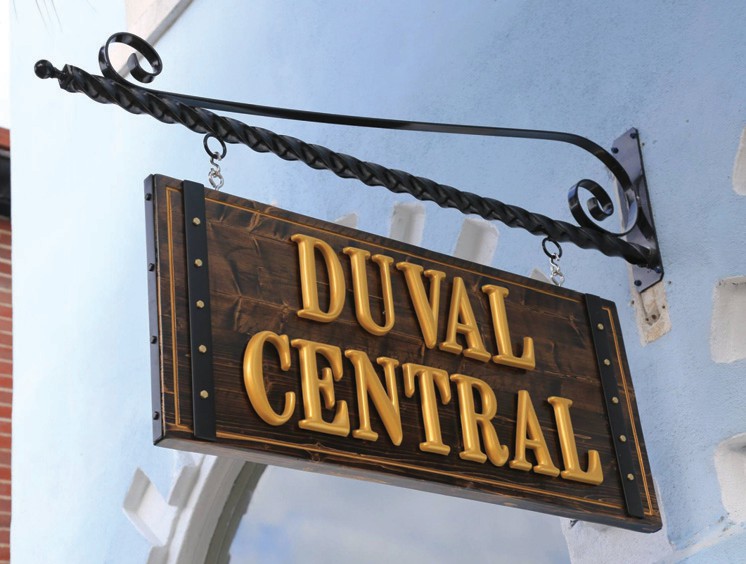 Early on a Tuesday evening I strolled down the 200 block of Duval Street, the stretch of our main drag most often abandoned by locals this time of year as a temporary sacrifice to the Spring Break gods until the streets are once again clear of shirtless man children and we can go back to hearing our favorite bands play at Rick’s, Irish Kevin’s and Sloppy Joe’s without a chorus of sorority girls screaming along to “Don’t Stop Believin’.” As I often do, I put my head down and sped up my pace, making a beeline for my dinner date when I was stopped in my tracks by a smoky rendition of Tom Petty’s “Breakdown” spliced with “Hit the Road Jack” spilling out onto the street. The sound was so compelling passersby had begun to gather in the doorway to listen to the magic emanating from the open windows. 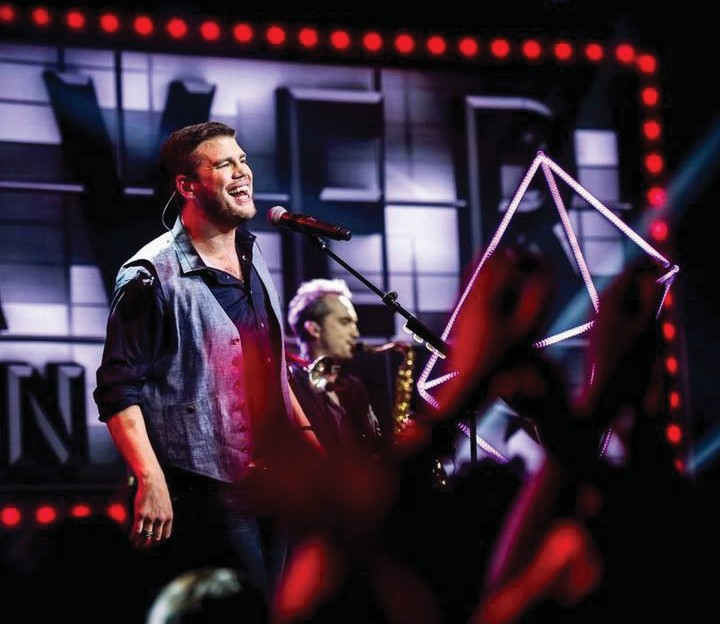 The sign above the door read “Duval Central” and the voice belonged to none other than Chris Weaver, one of the co-owners of this months-old venture and the face of the Nashville-based and internationally recognized Chris Weaver Band. Dinner could wait — the dual sirens of music and booze were calling and I couldn’t just walk by without stopping in for at least a beer and a song or two.

The vibe at Duval Central is industrial comfort, which sounds counterintuitive but it works for these guys. It’s a unique brand of homegrown country blues with innovative personal touches, like a wall covered in song lyrics and the occasional free-style rapping guest appearance from up-and-coming hip hop dynamo Kevin Beckwith II. From the owners’ charming accents to the bartenders’ attentiveness and congeniality, the bar screams Southern hospitality. It makes me wish I grew up in Tennessee, swinging on a porch swing and drinking lemonade while Hank Williams records played in the background and my meemaw told me stories of growing up in the Smoky Mountains. Twinkle lights strung along the ceiling radiate warmth while the gargantuan moose head over the bar imparts that fuzzy après-ski feeling.

“I first came down to Key West about 20 years ago for vacation and I just fell in love with the place and I’ve been coming back ever since,” Chris Weaver begins. “I don’t know how to explain it, there’s just something about Key West that I’ve always loved. Originally it was because of all of the colors — there’s something about how vibrant things are here that resonated with me on a deeper level. And being a musician, I especially loved playing music down here; it has enabled me to meet so many different, incredible people. (Local musician) Nick Norman has been a really good friend of mine for a long time and he allowed me to play with him when I first started coming down here. In fact, The Lazy Gecko, which inhabited this space before Duval Central did, was the first place I ever played when I came down here so it’s really cool to me to be building a new business in a space that holds so much significance to me in my career.

“Because I fell for Key West so hard, I knew I wanted to end up moving here ultimately,” Chris continues, “but I didn’t think it was necessarily going to happen so soon. But when my partner, Eric McGill, and I saw that this bar was for sale, we couldn’t pass up the opportunity to build our dream business. I’m so lucky to have been successful enough in my career to take a chance and I am so glad I did.”

On any given night, the clientele at Duval Central ranges from locals starving for something new and different to roving spring breakers “woo”-ing their way down Duval Street in search of the next great happy hour special or Top 40 DJ set. Part of the beauty of Duval Central is its universal appeal — the owners and the staff are committed to making everyone feel like they’re at home as soon as they step into the bar. A lot of the inviting nature stems from the musicians themselves; having the stage at the front door gives the musicians the opportunity to engage with passersby and patrons alike, an opening that Chris rarely passes up. “Playing here has hands down been the best part of being here and owning this bar,” Chris observes. “I love the intimacy of playing on a smaller stage with direct access to the audience members. My forte is crowd interaction, so I’m always talking to people while I play.”

And a heads up to the fairer sex — Chris has befriended the local flower purveyor so if you happen to be in the bar when she brings in her armful of roses, expect to go home with a flower or two. I guarantee you’re not getting that kind of service at Irish Kevin’s, no matter how many shots of whiskey Kevin himself pours down your throat (I may or may not speak from experience).

If you’re torn between baseball season and live music, Duval Central is one of the very few places in town where you won’t have to choose. I love Yankees baseball as much as the next girl, but I’d much rather listen to a dead ringer for Joe Cocker than Michael Kay and Ken Singleton’s commentary any day. And this ain’t your typical Duval Street live music happy hour, kids. If you have two ears and a pulse you can’t help but stop and listen, transfixed by the talent Duval Central is showcasing on its two stages — everything from local darlings The Naturals and The Marshall Morlock Band to Nashville imports like Rachael Johnson and The Outliers.

“I love music,” Chris says. “I felt that being on this block, with so much amazing music surrounding us, having different types of bands and not just DJs or the same bands playing at the same time each week would differentiate us. We’re not trying to compete with Sloppy Joe’s or Rick’s or Irish Kevin’s because they have such a dedicated following and they’re amazing at what they do, but we want to carve out our own little musical niche. Because I have such deep connections to the Nashville music scene, I’m able to bring talented up-and-coming bands to Key West and I want people to have the ability to see these amazing artists at Duval Central. Everyone who makes music in Key West is so talented and we’re just looking to add a little something new to that scene. That’s part of why we built such a nice stage — we want people to come in here and feel like they’re going to a concert. At the same time, we’re deeply committed to giving local artists a place to play their original material. In the future, we’d love to have locals put on entire shows of their own songs. So many locals are writing such great original music and we’re working hard to build an intimate setting to give those individuals a venue to present their work.”

Chris and Eric are both aware that they stand in the shadow of the giant that was The Lazy Gecko and they each have a healthy reverence for the bar that meant so much to so many over its long life span. “I really want Duval Central to evolve into a true Key West bar over time,” Chris offers. “It’s been hard to take over an institution like The Lazy Gecko that was so loved by everyone, but Eric and I are looking to carry on that legacy. We’re not building a franchise — we just love Key West and we want to do something special and unique here that both locals and tourists will be able to identify with. Ultimately, I want to have a locals’ decoration party where everyone brings funky stuff from their homes and hangs it on our walls to make it really feel like home. I know how important it is for locals to feel like they’re part of the evolution of a business and we’re really excited to involve everyone in our evolution.”

As of the writing of this piece the kitchen of Duval Central is not yet open, but I’m already planning on investing in a whole new wardrobe exclusively consisting of yoga pants in anticipation of the culinary magic the owners are planning on making. “Fried chicken,” co-owner Eric McGill stresses. “Bone-in breasts, quarters, drumsticks, chicken tenders, fried chicken nachos and all of the delicious Southern sides that go along with that. Macaroni and cheese, coleslaw, turnip greens… we’re going to have it all. We also want to bring a piece of our background to Key West so we’ll have Nashville hot chicken on the menu, from mild to the super spicy ‘I got clucked up’.”

Even without the food (which is coming soon), the guys behind Duval Central are creating something really special on a block packed with stiff competition. Between the music and the overall atmosphere, Duval Central is an excellent addition to an already stellar lineup of establishments and their inclusive ethos is a true embodiment of Key West’s “One Human Family” mentality. It takes a lot of dedication to succeed in a market as saturated as Key West’s bar scene, but Chris’s and Eric’s love for Key West is tangible. Chances are you’ll meet one or both of them if you stop in, so have a beer with them and see for yourself. ¦