Dry Tortugas: Discovering Mudd, without water, in the Gulf of Mexico 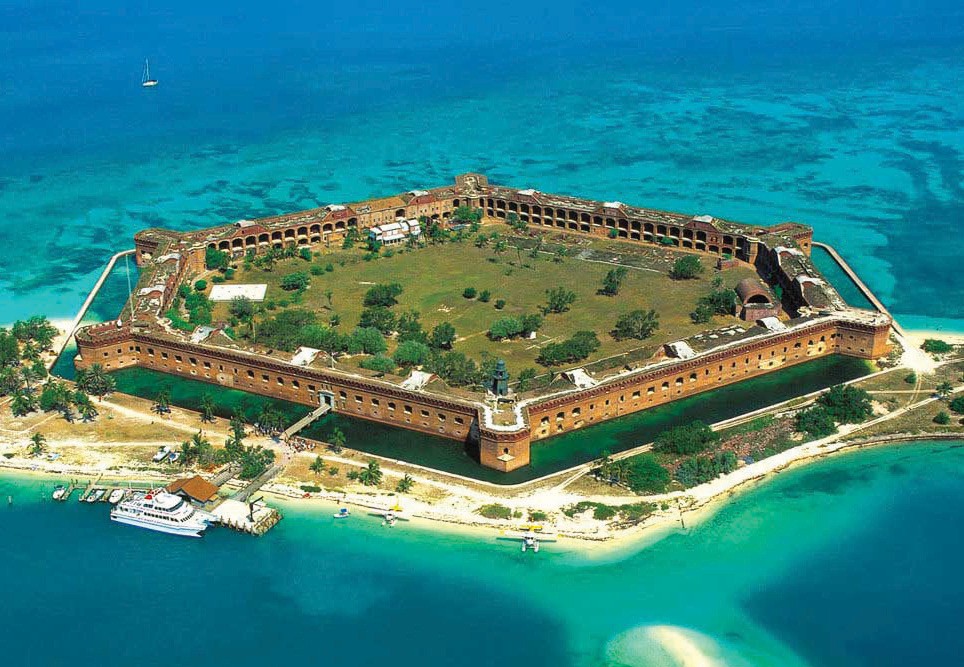 Above: Fort Jefferson in the Dry Tortugas.

The raspy pilot’s voice crackled over the headphones, propellers jumped into a musical frenzy, the engines rumbling with anticipation. Seventy miles away lay our destination, the Dry Tortugas, home of Fort Jefferson State Park and the story of Dr. Samuel Mudd.

The 10-passenger seaplane, our mode of transportation, trundled down the sizzling tarmac of the Key West airport. My seat, in the rear, fidgeted incessantly. The buckle sat me down for the hasty take-off. With the engine reaching its highest octave, the plane ripped its soul from the tarmac and ascended quickly. Thirty minutes of flying time, hovering around 500 feet, lay ahead. As we floated across the pastel skies overlooking the Southernmost City, my thoughts turned to Dr. Samuel Mudd.

Incarcerated on the barren island in July 1865, Dr. Mudd was found guilty of conspiring with John Wilkes Booth in the assassination of Abraham Lincoln and sentenced to life in prison. His duty as a doctor ultimately imprisoned his fate that day he treated Booth, just hours after the assassination. Following a brief incarceration at Washington’s Arsenal prison, on Monday July 17, 1865, he was escorted to the State of Maine, a former hospital ship which slipped into the night, destination Fortress Monroe. From there another sailing vessel, the USS Florida, became his inhospitable form of transport. The Dry Tortugas, known as “the perfect hell,” were a few days’ sail away. 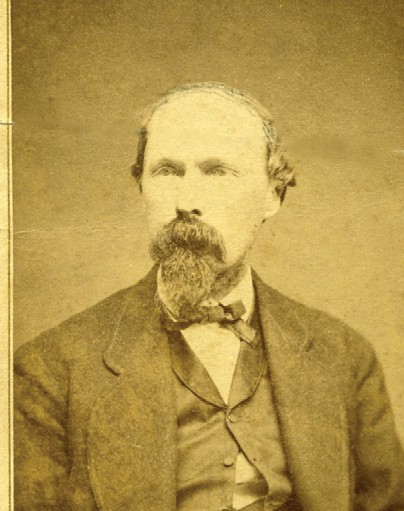 Waters gushed toward us, chomping at the landing plane as it hopped across the ocean like a skipping stone, eventually resting on a small beach. We departed the plane and waded through the shallows and into the Fort.

As one wanders through the crumbling walls, one could drift to images of prison life in the late 1800s. The sweltering, cramped quarters and subsistence of the most putrid kind bound the prisoners to a barbaric life. If the strangling heat didn’t demoralize the prisoners, the hard labor did. Dr. Mudd’s profession, however, allowed him to work in the hospital, a day’s chores akin to his passion and far removed from the fate of other prisoners — the laborers of the Fort itself. 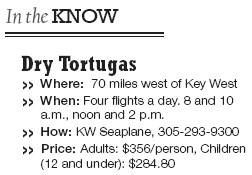 Fate and nature conspired to manifest his release from that hell hole when, after a catastrophic outbreak of yellow fever in the summer of 1867, Dr. Mudd took it upon himself and his Hippocratic oath to administer his expertise. His commitment to saving the lives of almost 300 soldiers generated a hand-written petition (“He inspired the hopeless with courage, and by his constant presence in the midst of danger and infection, regardless of his own life, tranquilized the fearful and desponding.”) urging Dr. Mudd’s pardon from the then-President, Andrew Johnson. On Feb. 18, 1869, he was pardoned and returned home to spend the rest of his stained life away from the public eye. On Jan. 10, 1883, his family still trying to reconcile with the public’s opinion of his guilt, Dr. Mudd passed away.

My brief experience at the fort humbled me. Touring the grounds, I felt the heaviness of life in the 1800s. Our lives now are far removed from those days, times when human life was belittled by the lack of fundamental basics.

It was time for the plane to stir its belly for the return flight, the pilot calling us to board. All the passengers had, in some way, relived the history of the island, whether it was the fascinating pirate tales or the stoking of crueler memories from the plaques in the fort, but I am sure that we left them there as we jostled across the turquoise waters, lifting up and away from the island and onto Key West.

There is a stark beauty about the Dry Tortugas and particularly Fort Jefferson. A trip desired by many today, a bucket list item indeed. Yet, a few centuries ago, it lay as a reminder of brutality. It is both that I reflected on, the whispering sky swallowing my thoughts, the plane’s din lullabying me to sleep. ¦