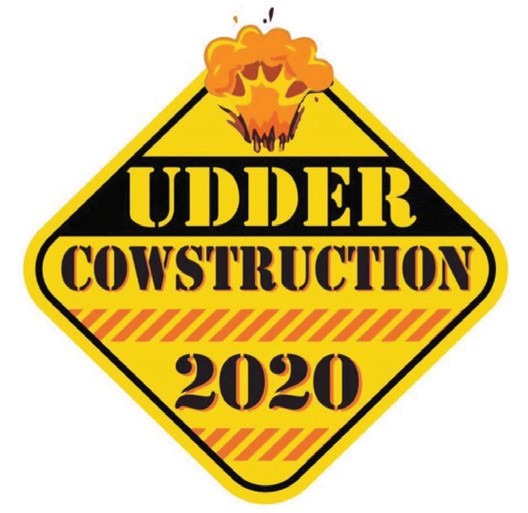 We all have that one friend — the overachiever who awakens before sunrise every Saturday, blissfully hangover-free, and posts a sweaty selfie from the finish line of some charity 5K, complete with a shiny medal, all before the rest of us even open our eyes. If all that action sounds like your idea of a waking nightmare, we have the race for you: the Cow Key Channel Zero K Bridge Run, the world’s only O K race.

Like most fantastically silly ideas, the inspiration behind the Cow Key Channel Bridge Run was sparked by a less-than-sober night out.

While having a drink or three one humid July night, David L. Sloan, author of “Quit Your Job & Move to Key West” and “Roosters Are A**holes” and quite possibly the only person who has ever written an ode to an abandoned mattress, found himself agreeing to run the Hemingway 5K the next morning with his admittedly more athletic friend. The Hemingway race, conceived in conjunction with the notoriously boozy author’s birthday, famously leads runners toward a finish line of free beer by way of Hemingway’s favorite downtown haunts. 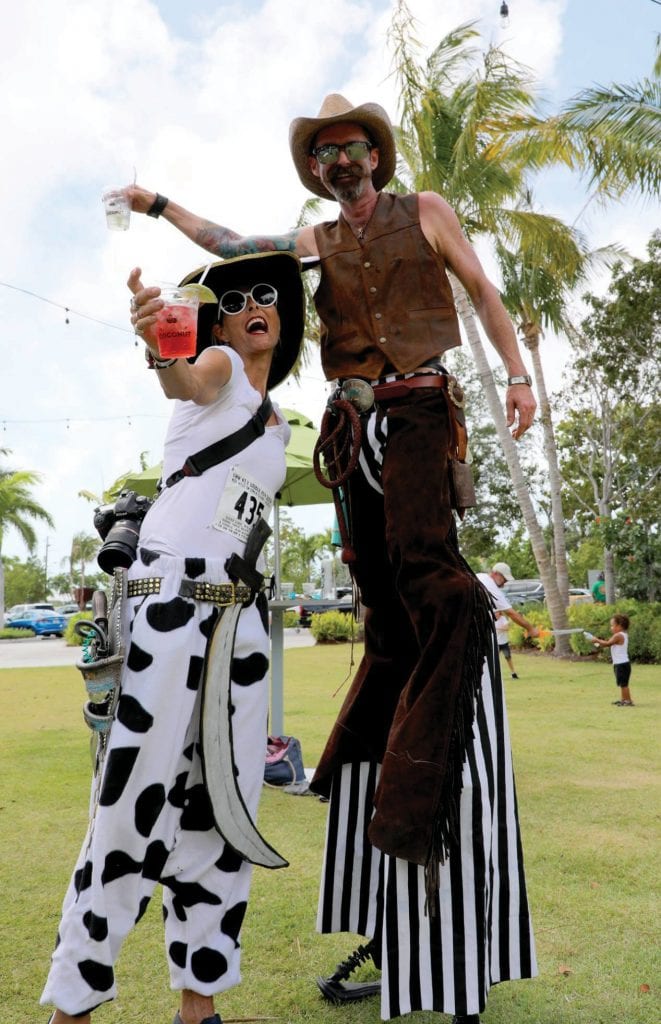 Sloan made his way through the race with what he describes as disastrous results, while his friend attempted to goad him into signing up for an even longer one. “When it was finished, he asked if I had any interest in running the 7 Mile Bridge Run,” says Sloan. “I told him the only bridge I would ever run across in my life is the Cow Key Channel Bridge, which happens to be one of the shortest in the Keys. It was a no-brainer. (Local artist and event coordinator) Marky Pierson, (personal trainer and general community activist) Liz Love and I teamed up to produce the event, and the rest, as they say, is history.”

On an island where quirky costumes are practically daily wear and 5K races are about as common as iguanas, the Cow Key Channel Bridge Run satisfies on multiple counts. First, the race is mercifully short and is bookended with parties, a set-up guaranteed to attract a strong percentage of local participation. Second, its costume requirements are of the least restrictive kind: an annual cow-related theme offers maximalists the opportunity to go buck wild, while last-minute procrastinators can just slap on a few black spots, throw a bell around their neck and call it a day. 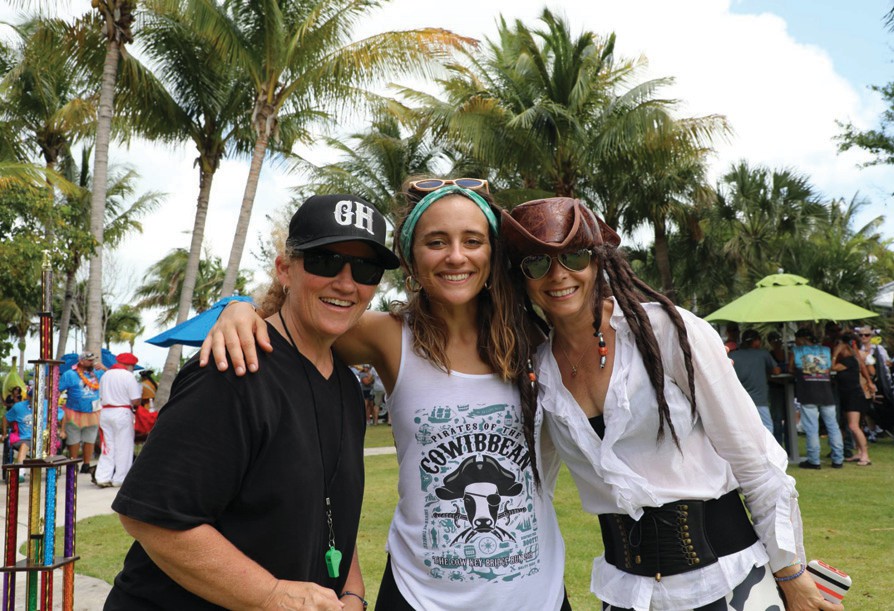 Third, it’s simultaneously cheap and generous. Registration runs a mere $10, with a portion of the proceeds going to the beloved Monroe County Sheriff’s Animal Farm. (The farm’s most famous resident, Mo the Sloth, is an absurdly appropriate mascot for the Cow Key Bridge Run and attends the race each year.) Upgrade your registration to $35 and you’ll walk away with a T-shirt, a 0.0K sticker and a koozie.

And finally, it’s an opportunity to win prizes across an eclectic yet accessible spectrum of categories that require little to no athletic ability, including First Place (if you’re planning on racing in the traditional sense, 22.3 seconds is apparently the record to beat), the Acowdemy Award for best theatrical performance on the bridge and a Last Place Mo the Sloth award for slowest across the finish line while still maintaining forward motion. This year, the organizers have added the Golden Hardhat Award for the individual with the best “cowstruction”-themed costume.

If there’s one thing Key West locals love above all else, it’s the ability to win prizes while comfortably drinking in costume. Add in a random sloth, and you’ve got the perfect Key West event. As Sloan asks rhetorically, “What is better than a bunch of future athletes stepping outside of their physical realm to support the animal farm?”

“The philosophy with anything I do is to simultaneously make it fun and try to make it good for the community,” Sloan explains. “I’m not very money motivated, which is probably to my detriment, but in the long run it actually works out better. I feel better if I’m doing good things for the community.” 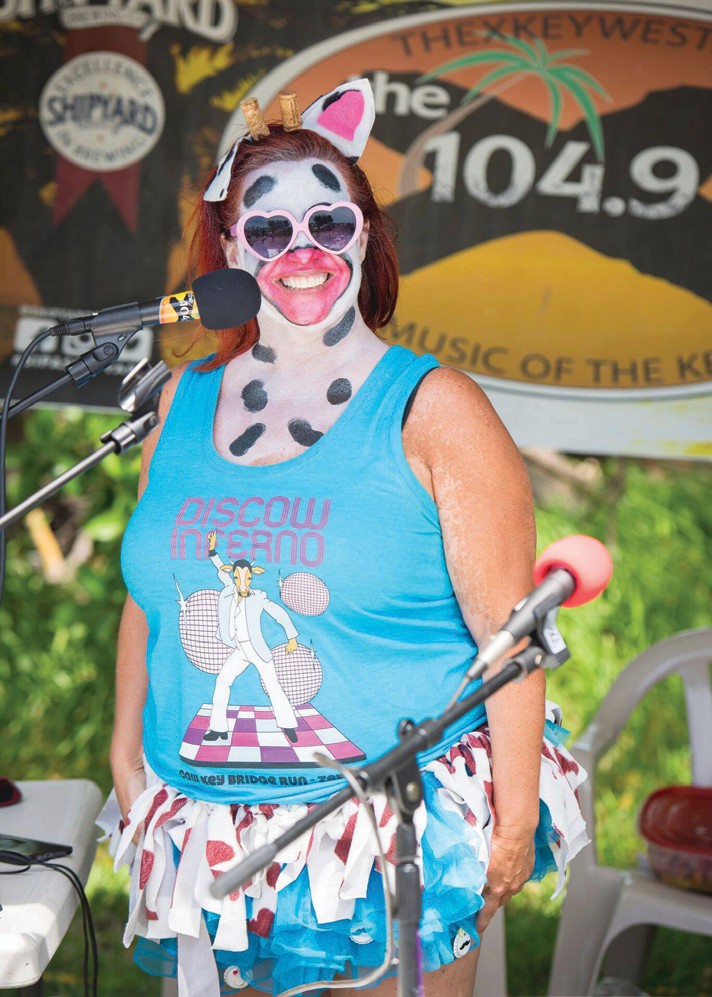 This year’s race — the event’s seventh — falls on Saturday, Feb. 29, earlier than usual because of impending construction on the Cow Key Channel Bridge. Beginning as early as 10 a.m., participants may park for free at the nearby Marriott Beachside Hotel and make their way to the grassy area that abuts the Key West side of the Cow Key Channel Bridge, which connects Key West’s main island to neighboring Stock Island. Here they are invited to “graze” in the event’s Costumed Cow Corral, inside of which newcomers may register and purchase swag, and where previously registered runners may pick up their bibs and T-shirts. Mo the Sloth will be on hand for photo ops, and costume judging will take place until 11:45, at which point the race’s opening ceremonies are scheduled to begin.

At high noon, the Ringing of the Cow Bells will commence, after which the race’s various heats will be announced — the first, of course, being those athletic few who attempt to finish the fastest. (Those 22.3 seconds go by fast.) After the actual runners have crossed, the Pets with Humans heat will commence, followed by relay teams, the Walking Cow Stampede and the coveted Last Place heat for those vying for Mo the Sloth Award status.

Fifteen minutes after the race has officially begun, the Absurd Herd Party Parade will travel to the after-party at the Sunset Green Event Lawn, located across the bridge at The Gates and 24 North Hotel properties. In addition to announcing award winners, the party will feature live music, a full bar, food trucks, door prizes, wine tastings and a suggestion box for the next race’s theme (Cower Power? Cowpocalypse Now? I digress.).

If you’re still on the fence about participating in this low-effort, low-stress event, consider that the event may not have a home next year. “The event may have started as a joke, but it’s sad to consider that this year’s race may be the last one for a year or two because of the construction coming up on the Cow Key Channel Bridge,” Sloan says. “We don’t want to block any traffic anywhere in town while construction is ongoing, so we probably won’t be able to have a race. But don’t worry — we’ll still have an event to benefit the animal farm. We just don’t know what yet.”

Newcomers are advised to bring water, sunblock, a cow bell and a camera; though the race is only 300 feet or so, there is little to no shade available during the first two hours inside the corral, though the nearby Marriott does offer a pool bar at which bovine and humanoid guests may purchase pre-race refreshments. The event is also completely pet-friendly, from the pre-race festivities to the after-party at Sunset Green. “Last year’s after-party was perfect,” Sloan says. “The Sunset Green Event Lawn has plenty of bars, a food truck and a lot of open space where animals can hang with their people.”

To Sloan, the Cow Key Channel Bridge Run has become so much more than a silly thing to do on a Sunday afternoon. “This event is so important because, not only is Cow Key a physical bridge between Key West and Stock Island, but it’s also a metaphorical bridge,” he explains. “They are two communities that are very much the same but also very different, so we look at the race as an event that literally bridges the two communities.”

On a final note, Sloan emphasizes the charitable aspect of the run. “If you really can’t get out of bed by noon, please visit the Animal Farm website (www.keysso.net/farm) and buy one of the items from their Amazon wish list,” he urges. “You’ll earn my undying love and affection for all of time.” A small price to pay for the attention of one of Key West’s most creative geniuses. ¦