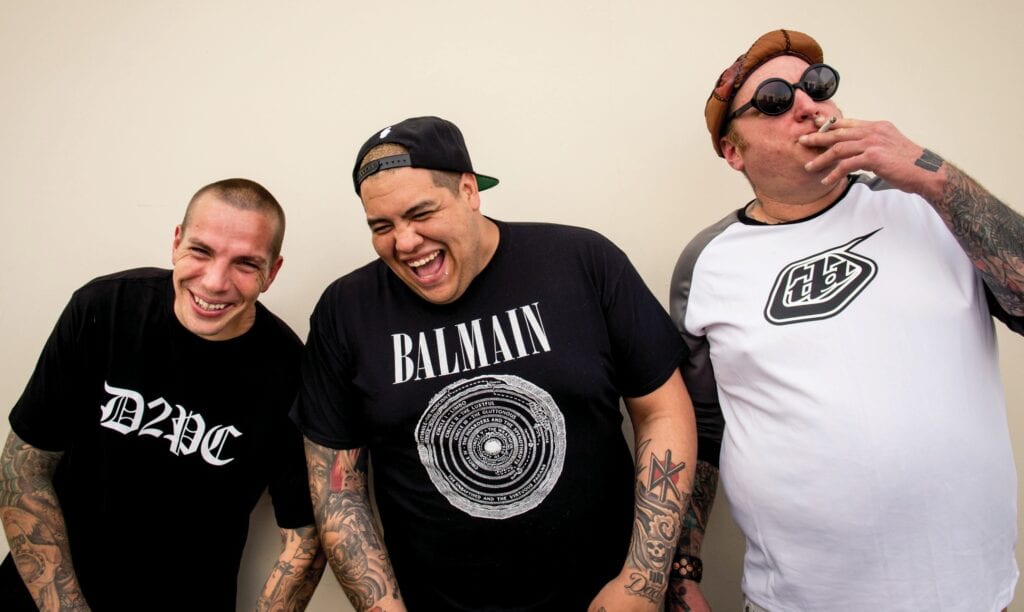 Sublime With Rome spent a year and a half at work on the band’s latest album, “Blessings.” PHOTO BY ANDREAS RAMIEREZ

For the third time in three albums, Sublime With Rome went to Sonic Ranch near El Paso, Texas, a studio Rome Ramirez (vocals, guitar), Eric Wilson (bass) and Carlos Verdugo (drums) like because it’s isolated enough to allow bands to really concentrate on the business at hand instead of getting distracted during recording by nightlife and other recreational opportunities.

“I think Eric really likes that kind of rhythm out there, like no distractions. I’ve grown to love it as well,” Ramirez said in a recent phone interview.

But being at Sonic Ranch was about the only thing the making of the group’s new album, “Blessings,” had in common with the previous pair of albums.

The group’s first two albums were done in a rush. “Yours Truly,” released in 2013, had to be finished in about six weeks. The 2017 sophomore album, “Sirens,” came under a time crunch when the band got off to a slow start with songwriting and had to make up time during recording. 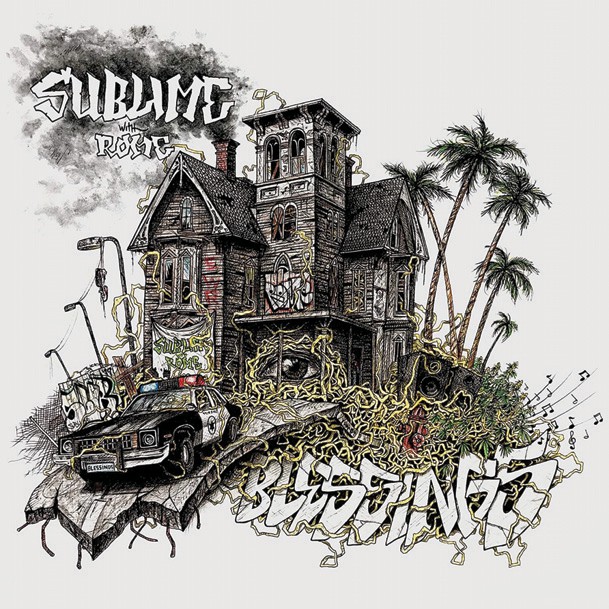 The experience in making “Blessings” (which was released last May), was a 180-degree change.

What’s more, the group was hearing positive things from management, the record label and radio promotional people about the songs that were in play for album number three.

“That creates such a less stressful environment,” Ramirez said.

That’s all the better for the band’s current tour, which makes a stop July 23 at Coffee Butler Amphitheater in Key West.

In all, Sublime With Rome spent a year and a half making “Blessings,” which tested the band’s patience, but ultimately had a major benefit.

“You’re able to put out a thought-out piece of material,” Ramirez said.

Making an album the group can stand behind is important for a group like Sublime With Rome, which has a considerable legacy to live up to that goes back three decades. 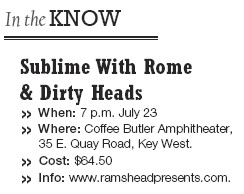 That’s when original Sublime, with singer/guitarist Bradley Nowell, Wilson and drummer Bud Gaugh, formed. That group’s run was cut short in May 1996 when Nowell died from a heroin overdose — just as a self-titled third album was ready for release.

Nowell’s death brought a wave of attention to Sublime. Propelled by the chart-topping alternative rock single, “What I Got,” the self-titled album went five times platinum and helped cement Sublime’s place as one of the pioneers of what is now a thriving reggae-rock genre.

The Sublime story could have ended there. But in 2009, Ramirez crossed paths with Wilson while they were both working in the same studio. The two began jamming together, and over time, became friends.

One day, Wilson asked Rome if he’d want to sing in a new edition of Sublime should Gaugh sign on for the project. Ramirez jumped at the chance, and with Gaugh on board, Sublime (soon renamed Sublime With Rome after Nowell’s family objected to the band using only the Sublime name) was in the studio working on “Yours Truly.”

The debut album was a significant success, spawning a top five alternative rock hit with the song “Panic” and giving Sublime With Rome a strong measure of legitimacy.

Gaugh left the band in 2011, and Verdugo, formerly of Tribal Seeds, now holds down the drummer slot.

“Sirens” didn’t generate a hit song on the level of “Panic,” but the album debuted at No. 2 on “Billboard” magazine’s Alternative Albums chart, and Sublime With Rome saw its audience continue to expand, to the point where the group could consistently headline amphitheaters.

Now comes “Blessings,” which was preceded by a trio of reggae-centric singles, “Wicked Heart,” (which cracked the top 35 on “Billboard” magazine’s Alternative Songs chart), “Spiderweb” and “Light On.”

The album found Sublime With Rome making one other major change, bringing on Rob Cavallo (known for his work with Green Day and the Goo Goo Dolls, among others) to produce after working with Paul Leary on the previous albums.

Ramirez said Cavallo and his engineer, Doug McKean, lived up to their reputation for creating exceptional-sounding recordings.

“With what Rob has in his head and the way he can communicate with Doug, they are a deadly dynamic duo,” Ramirez said, noting that “Blessings” represents a significant step up sonically over the first two Sublime With Rome albums.

Ramirez also said “Blessings” might be a bit more reggae oriented than the first two albums, but there’s also plenty of musical variety.

With touring resuming as the country opens up again, the band faces a new challenge — crafting set lists that retain the back-catalog songs fans want to hear while figuring out which new songs are connecting best with audiences.

One thing the group won’t do to make room for new material is stop playing the key songs by the original Sublime lineup.

“You know, we’re entertainers. We’re not out there to prove an agenda or shove anything down peoples’ throats. People come out to have a really goodass time and hear some of their favorite music,” Ramirez said. “You put on a really great show and play songs that everybody loves…. That’s kind of always been the M.O. from the start.” ¦