Coronavirus or not, wash your hands 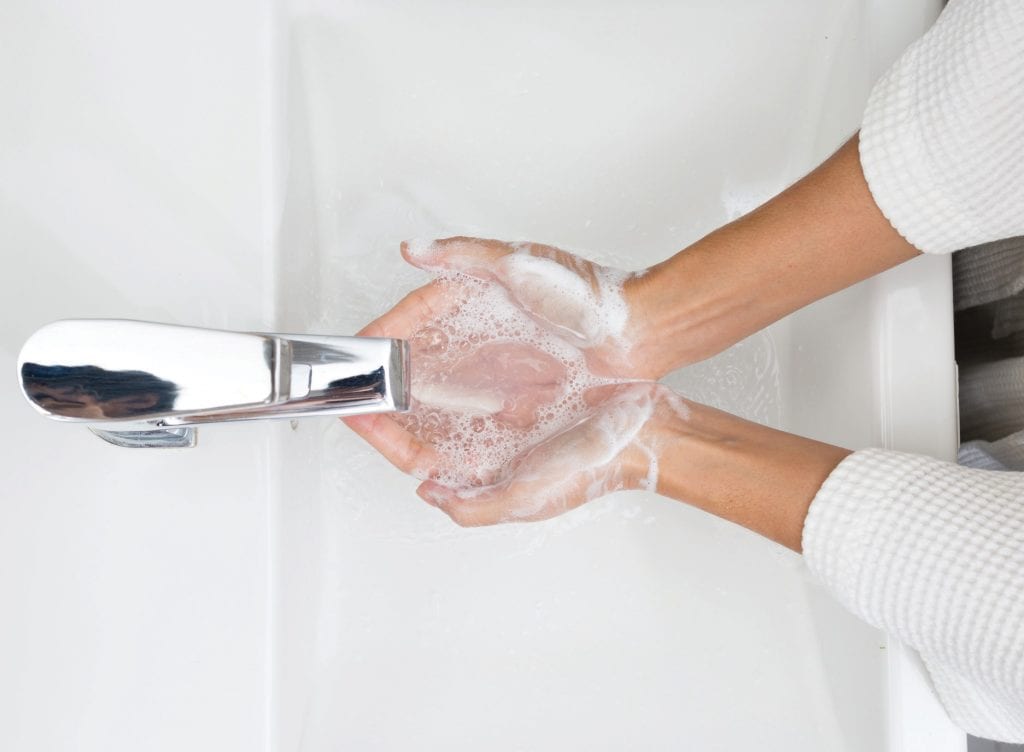 First off, you should have been washing your hands long before coronavirus. That said, even those who wash their hands frequently often don’t do it correctly, starting with the amount of time it takes.

“Good handwashing is one the most effective ways to keep you and your family safe,” according to Meranda Pitt, Charlotte County Health public information officer.

Here are the basic rules of handwashing recommended by the U.S. Centers for Disease Control and Prevention in Atlanta, Georgia, and the World Health Organization:

¦ Wet your hands first. Turn the spigot on if it’s not an automatic faucet. As long as the water is clean-running, the temperature of the water doesn’t matter, according to the CDC. Warm or cold will work. Lather your hands with soap. The World Health Organization advises to let the water run.

¦ Over, under, in between. Get in there! You want to get the soap lather over all the surfaces of your hands — the tops, the palms, between the fingers and even under the fingernails. WHO says to rub the palms together, the palms over the tops, interlace your fingers. Don’t forget rubbing around your thumbs. 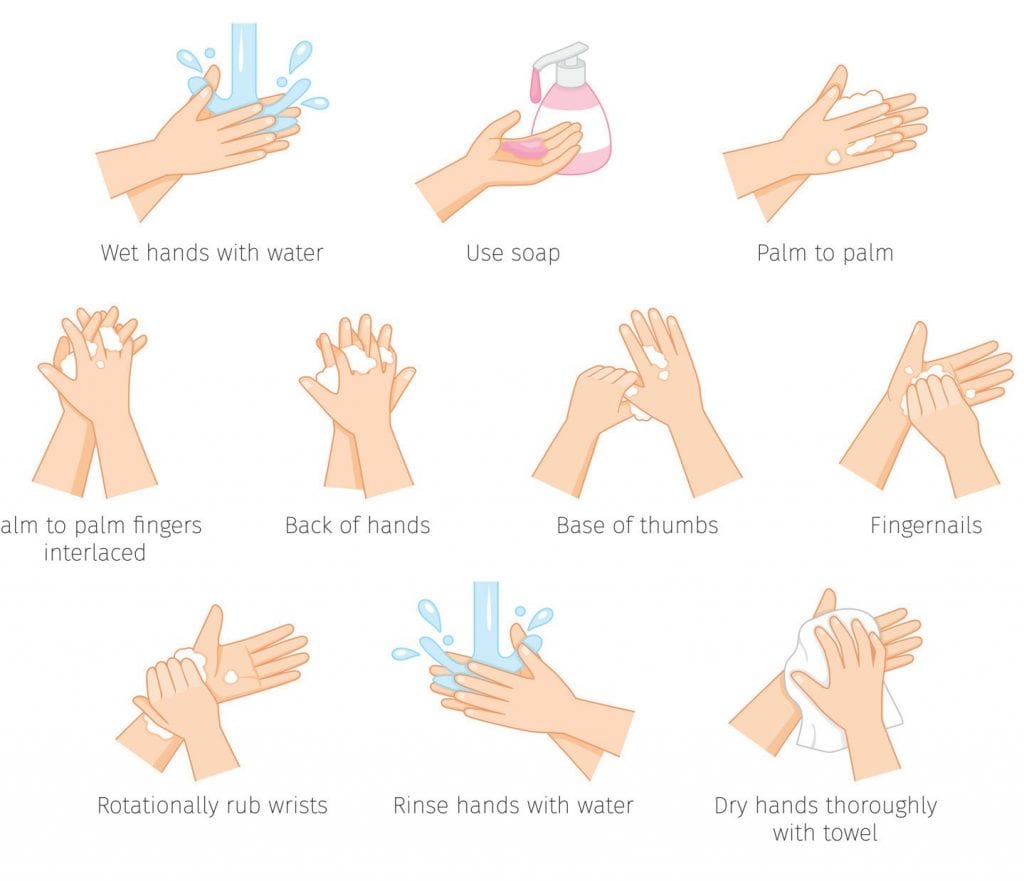 ¦ Scrub for 20 seconds. Most of us count way too fast — that’s why we’re often taught in school to count, “one, potato, two potato,” to slow us down. The CDC recommends singing “Happy Birthday” to ourselves twice while we’re scrubbing.

¦ Rinse. Rinse off your hands well under clean water.

¦ How to turn off the faucet. Use a single-use towel to turn off the faucet to prevent recontamination, according to WHO. Remember, you just touched it a few seconds ago with dirty hands. But, what it there are no paper towel is the bathroom because it’s either out or they’ve switched to hand dryers?

¦ How to open doors. Make friends with your elbows, shoulders and hips. Any can be used to bump a door open. In the case of elbows, they can often push a handle down. If you must touch a handle, use a paper towel to do it. 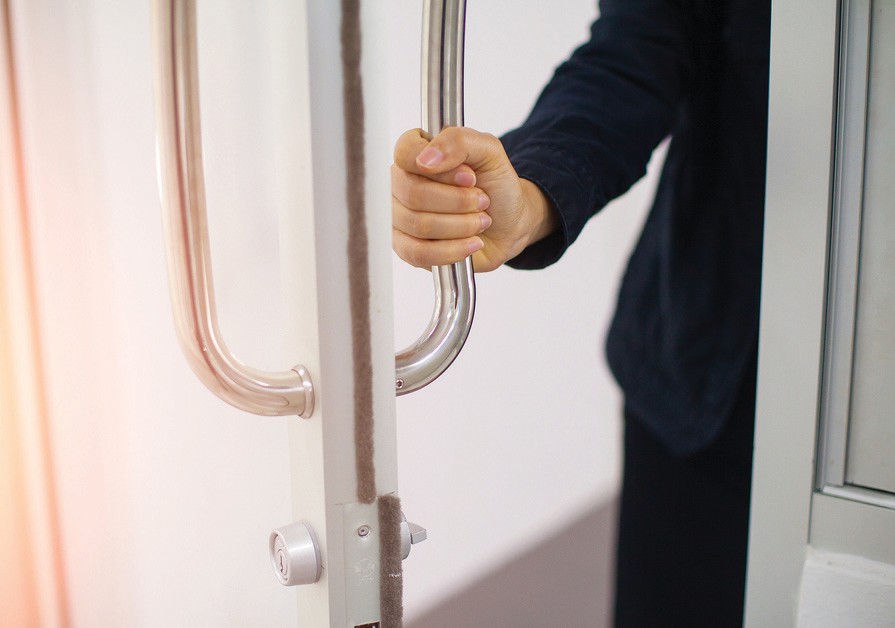 If soap, water and towels aren’t available, hand sanitizer should be your last resort.

Another important component in stopping the spread of disease is an underestimated one — stop touching your face. The eyes, nose and mouth are all portals of entry for organisms. But what’s so surprising is how often people touch their faces, often unconsciously.

A 2015 study published in the United States National Institutes of Health Library of Medicine revealed 26 medical school students at the University of New South Wales in Australia touched their faces about 23 times per hour on average. Analysis of the videotape showed that about 44% of the students’ face touches involved the mucous membrane; of those, 36% involved the mouth, 31% involved the nose and 27% involved the eyes. 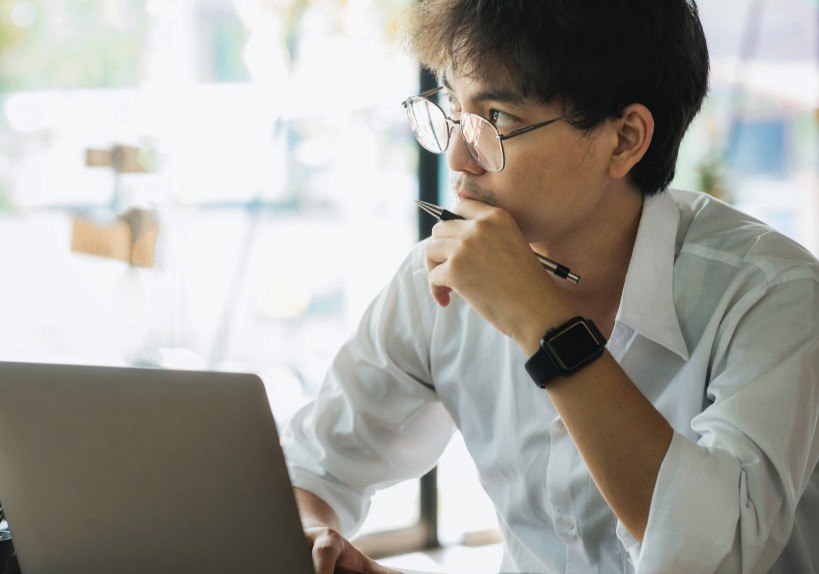 Doors and door handles should be opened with hips and elbows whenever possible and care should be taken not to touch your face, especially the eyes, nose and mouth. COURTESY PHOTO

The eyes are especially vulnerable to passing germs. The nose has hair to help filter pollen, microbes and other particles that could potentially make it to your lungs, according to the Cleveland Clinic. The eyes, however, do not have much defense. If a person sneezes into their hand, then touches a door handle and a following person touches the contaminated door handle and then rubs their eyes, those microbes can be passed through the tear ducts, and from there, into the nasal cavities.

Though coronavirus may have made people more cautious about hand-washing, the CDC said many other diseases — from E. coli to salmonella to diarrhea-causing pathogens — could also be prevented. The organization notes that hand-washing education reduces the number of people who get sick with diarrhea by 23% to 40%, and reduces the instance by 58% in people with weakened immune systems. It also reduces respiratory illnesses, such as colds in the general population, by 16% to 21%. The CDC also reports that hand washing can reduce the amount of prescribed antibiotics, thus reducing antibiotic-resistant disease.

“It sounds simplistic and too good to be true,” Ms. Pitt said, “but proper hand washing can reduce respiratory and diarrheal illnesses along with many other viral and bacterial illnesses.” ¦