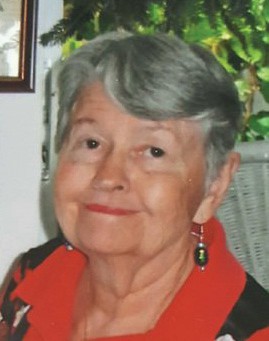 The Community Foundation of the Florida Keys hit a major milestone May 1, commemorating 25 years of connecting people, resources and needs through philanthropy throughout the Keys.

As part of its silver celebration this year, all donors who support the Community Foundation’s 25th Anniversary Fund will have an opportunity to double the impact of their contributions to help the Keys’ future. A significant legacy gift from the late Dr. Patricia Major is launching the “Major Match” Campaign to match all gifts to the permanent fund dollar-for-dollar, up to $500,000.

The bequest from Dr. Major, a physician who lived and worked in Key West for more than 40 years until her death in late 2018, will multiply donations to the 25th Anniversary Fund. In addition to the “Major Match” campaign to mark the silver jubilee, the Community Foundation will host a special in-person Silver Anniversary Gala on Dec. 2 at the Key West Marriott Beachside. Ticket information and other details of the festivities will be available soon, the Community Foundation said.

“With the support of our generous donors and this once-in-a-lifetime opportunity to double their contributions through the Major Match, CFFK will become the bedrock of philanthropic resources for the Keys and able to support hundreds of nonprofits into the 22nd century,” Will Langley, CFFK’s vice chair of development, said in a statement.

Individuals can make contributions to the 25th Anniversary Fund and learn more at www.cffk.org/25.

The Community Foundation said the 25th Anniversary Fund will enable it to respond to community needs, be a robust donor in the Keys, funding local nonprofits, assist in times of disaster through relief and recovery efforts, strengthen nonprofits through leadership and education, and provide community leadership and stability Keyswide. Since 1996, CFFK has been working with donors to grant and invest more than $1 million annually to nonprofits throughout the Keys.

Donors can participate in several giving levels to the 25th Anniversary Fund, including the Harvey Founders Club, celebrating one of CFFK’s founders, Wilhelmina Harvey. A philanthropist and the first woman to serve as mayor of the Monroe County Commission, Ms. Harvey died in 2005. Contributions of $25,000 or more become members of the Harvey Founders Club and will receive tickets to the Silver Anniversary Gala on Dec. 2, plus an additional private event.

Donors at the $5,000 level become members of the Block Founders Club, honoring CFFK founder and former Chair Ed Block, and also receive tickets to the silver soiree on Dec. 2. Mr. Block, who was a passionate civic leader following a long career in public relations and advertising, died in 2016.

GET OUT ON THE WATERKey West gets set for PrideKey West museums — have fun and learn something, too