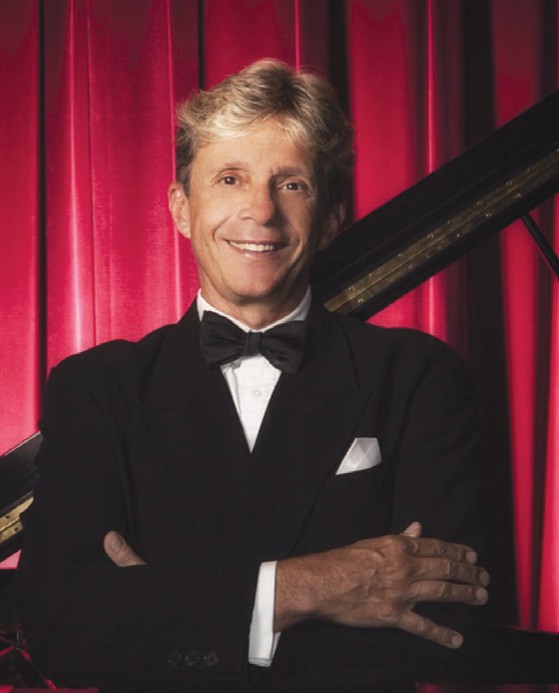 Singer and pianist Robert “Bobby” Nesbitt is pulling out all the stops for what will be one of the island’s biggest musical celebrations of the year.

“One Singular Sensation,” at the Tennessee Williams Theater on Feb. 27, will honor the legacy of his longtime friend and colleague, Danny Weathers. Weathers was a staple of the Key West community with his accomplishments in theater and song. The one-night event will gather a who’s-who of the entertainment and arts scene with performers ranging from cabaret aficionados to female impersonators. As Bobby explains, “It is a great honor to salute and celebrate this brilliant talented friend who is so missed. It’s a musical celebration of all things Danny, no speeches, elegies.” In this interview, the entertainer reflects on moving to Key West, performing at legendary venues, and even his duets with conductor Leonard Bernstein.

I know Bobby rhymes with lobby, but was there an actual hallway or alcove you got your start in musically? 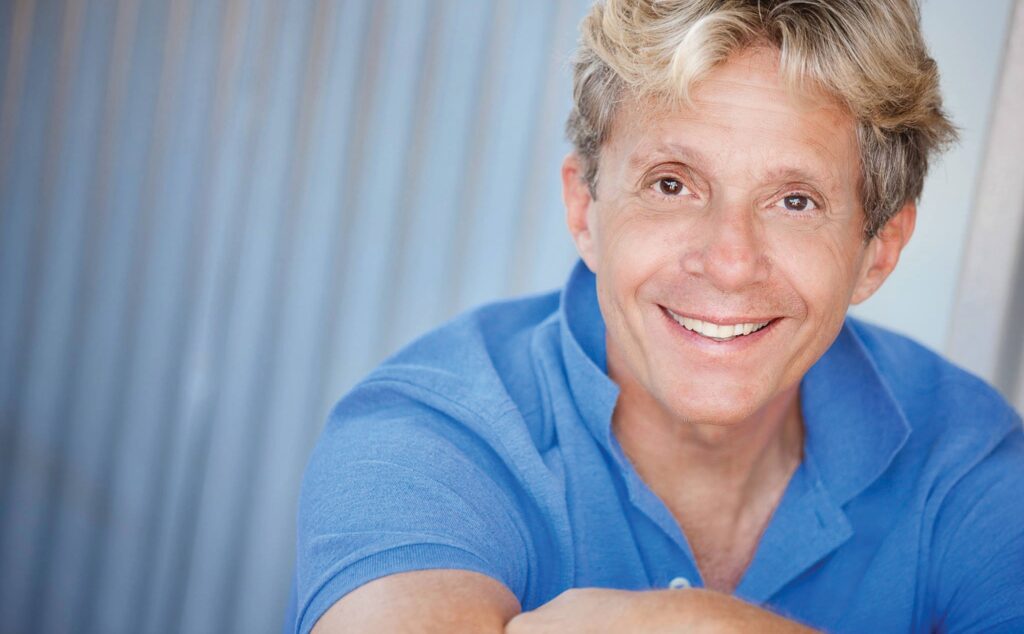 Bobby: No, the first lobby I ever played in was at Tennessee Williams when they initiated the cabaret. I actually learned piano on an old upright in my parents’ dining room.

Some associate dreaming of a learned language with a sign of significant progress. Do you remember how soon after starting you dreamed of piano music?

Bobby: I learned to read music at a very young age, starting first with the trumpet. I don’t think I ever had dreams of music. It just seems like I’ve been doing it as long as I can remember.

Was it luck that your parents had a piano or was there always a motivation to get you to learn an instrument?

Bobby: No, I took to music very easily when I learned to play trumpet. My parents, bless them, recognized that I had an innate ability and bought an old second hand piano and signed me up for piano lessons. It was pretty easy for me since I already knew how to read music. 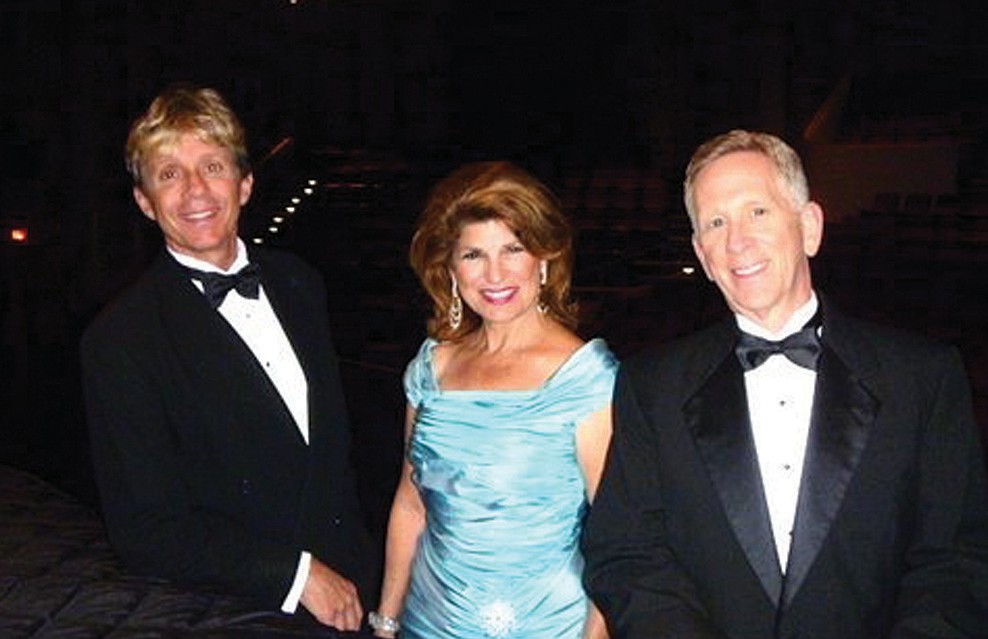 When did you realize music could open the right sort of personal and professional opportunities?

Bobby: I realized I could make a good living from this when I was living in NYC after college. I went to auditions and they seemed to be more interested in the fact that I could play piano and sing rather than just sing. There were a lot of guys who sang better than I did but they couldn’t play piano and sing at the same time.

A double threat. Did you form friendships or alliances out of these auditions?

Bobby: Yes, people were always looking for accompanists. Which if I’m totally honest, is not my favorite thing to do. It’s a very specific art form and trickier than it looks. 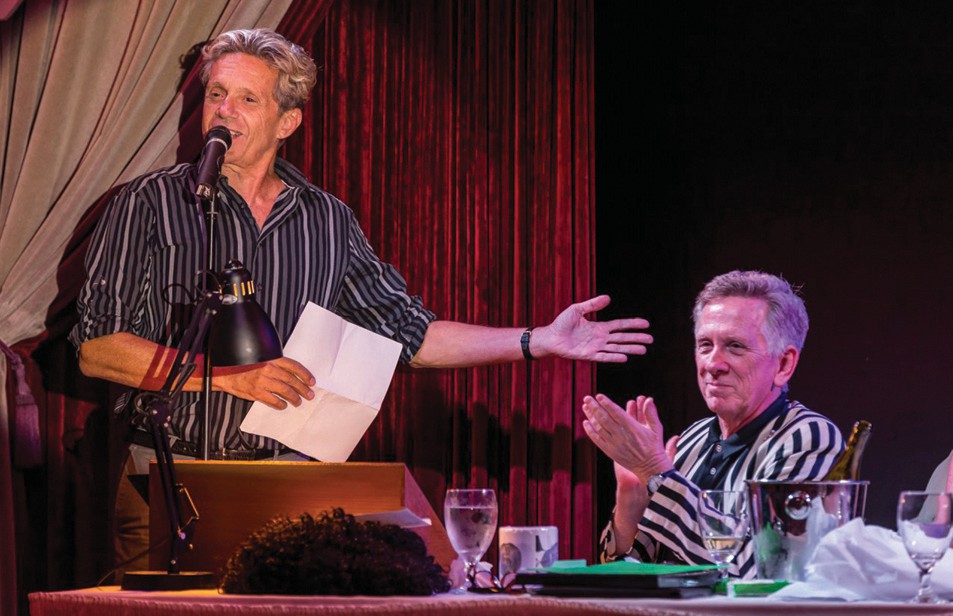 Who are some of these individuals that you keep up with today?

Bobby: Not so many from NYC days. A couple on Facebook. One of my oldest friends is also my most famous, Richard Jay-Alexander. We went to college together. He is now legendary as one of the “go-to” directors for huge Broadway stars. He’s been Streisand’s director and collaborator for years.

What was your big break?

Bobby: One of my big breaks was deciding to move to Key West for a while and discovering I could make a great living playing piano and singing. Also, getting a job in Europe, which led to living in London — still my favorite city — getting an agent and being hired at the world-famous Savoy Hotel. And that led to three years at the Fairmont in San Francisco. Say “yes” to everything, you never know where it may lead. 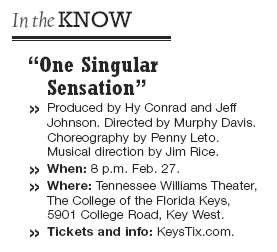 What put Key West on your radar?

Bobby: I had been here once with my parents. I wanted to get out of New York City, and Key West seemed to be the perfect spot. I found an apartment on Olivia Street for $125 a month and never looked back.

That rent wouldn’t even cover a day at most guesthouses and hotels now. Do you miss that version of the housing market?

Bobby: The salaries were in line with the rent. I was making $5 an hour playing piano. But Key West was cheap and I lived well, even taking my first trip to Europe that summer.

How did you begin to gain a foothold in the island? Who were the characters involved?

Bobby: I was really fortunate in that I was hired to play the restaurant at the old Ramada Inn on the boulevard. The lounge was very popular because truly one of the greatest entertainers I have ever seen, a man by the name of Larry Harvey, was performing there. Everybody in town came to see him and Larry was so kind to me and introduced me to everyone: Mary Spottswood, Wilhelmina Harvey, all the great ladies in town. Plus, I was also performing at the legendary Monster, which was an entirely different clientele and where I met Leonard Bernstein and Tennessee Williams.

Who did you enjoy meeting more? What were some of your other memorable encounters at the Monster nightclub?

Bobby: Definitely the greatest celebrity I ever met was Leonard Bernstein. He would sit at the piano with me and do duets, sing, tell stories. I met him many times here in Key West and in Europe when I lived in Munich. I met Tennessee first. You would see him all over town, the grocery store, restaurants. The first time I met him at the piano bar I asked if I could play something for him. He replied — sounding like one of his characters — “Sugar, I don’t care what you play as long as it’s sad.”

Was Tennessee’s request more in line with what patrons typically asked for?

When did you meet the late Danny Weathers?

Bobby: I met him in 1987 when he and his partner, Alan, moved to Key West and purchased Seascape guest house on Olivia Street. Mike and I lived a block away and we became fast friends. Danny had a real passion for the performing arts and a wicked sense of humor. Plus, I could m make any kind of show biz reference and he would reknowkn immediately what I wasw talking about.

Would you end up workingw together?

Bobby: Countless times. I always helped him with the Waterfront opening concerts and he appeared in my “Bobby in the Lobby” shows at Tennessee Williams every year.

Is this why you are collaborating on an upcoming show to honor his work and involvement in the arts?

Bobby: Absolutely. It is a great honor to salute and celebrate this brilliant, talented friend who is so missed. It’s a musical celebration of all things Danny, no speeches, elegies. Songs from shows he appeared in, produced and directed. We have a few videos of Danny performing, which will be shown. We have five performers who don’t even live here anymore coming in just to celebrate him and his friendship. All of the performers worked many times with Danny and adored him. I’ve had so many people wanting to be a part of this evening to show their love and appreciation for him.

Do you still view Key West as a viable option for emerging or undiscovered musicians and singers?

Bobby: Honestly, not for the type of performance I do. When I started out, every bar, restaurant, hotel had a piano. Now I can count on one hand the number of venues with a piano. And salaries, with few exceptions, are about what they were 20 years ago. But there are plenty of bars that have live music, just not the saloon-cabaret genre that I perform.

How would you explain the trajectory of cabaret and piano bars in Key West? Do the genres fare better in other cities?

Bobby: This type of music isn’t thriving anywhere but it definitely fares better in big cities like New York and Chicago. I’m not sure what happened to all the piano and jazz rooms in Key West. I guess we just don’t fit into the marketing of Key West as a “party” destination. People just don’t want to shut up and listen to music anymore.

Do you have any favorite moments working with Danny Weathers?

Bobby: So many. He was a huge part of “Bobby in the Lobby,” starring every year in a show. I loved collaborating with him on the opening concerts at the Waterfront. And one year, the two of us performed in our own show called “A Couple of Swells.”

Last year, you did announce a form of retirement even though you are producing and performing at this upcoming show. What prompted that initial decision?

Bobby: After 45 years of performing in venues, it was time. We’re going to travel quite a bit and I didn’t want to be committed to a schedule. But at the time I said I was still doing special events and private gigs.

Bobby: At the moment, yes. Throughout all my traveling, even while living in Europe, we kept a residence in Key West. Though I must admit, I’m tempted to move back to San Francisco, but it’s even more expensive than here!

Bobby: I really love living in cities and San Francisco has the best of everything. Plus, I have such great memories of my years at the Fairmont Hotel.

Best pre-performance place to drink or eat in Key West? LaTeDa or Antonia’s

A song you can’t or won’t perform anymore? “Piano Man”

Greatest performance ever attended? I’ve seen hundreds, but if I had to pick one, it was Bette Midler in “Hello, Dolly!” That performance of the title song was the most memorable moment I’ve ever had in the theater.

Most memorable encounter with an audience member? Definitely playing duets and singing with Bernstein.

Worst advice you repeatedly heard in the arts? Give up, you’ll never make it.