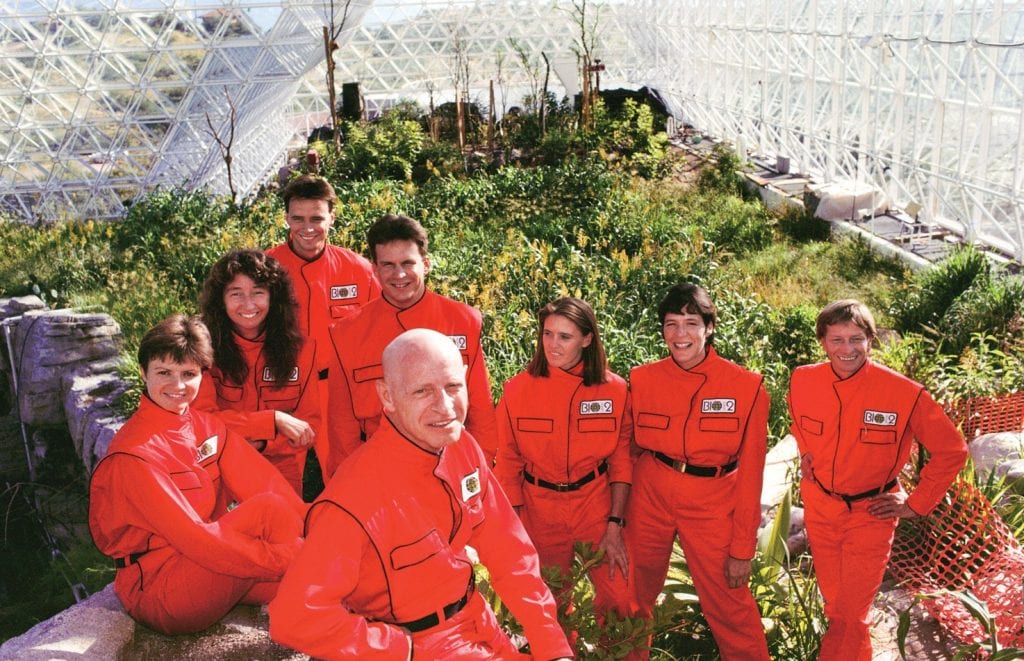 With many bigger film festivals having to cancel this year, including Tribeca Film Festival and SXSW, many movie producers who had expected to take the public by storm with huge premieres — then weave into a more mainstream distribution — have had to consider alternative methods. Others have plans to release immediately. A few festivals are now screening a sampling of their programming online free while others are still figuring it out. Now, instead of making trips all over the world — as fun as that once was — everyone can view these films from the couch. Here are a few movies fresh out to consider this week.

Set to originally have a public premiere at SXSW before it was canceled, “Beastie Boys Story” has just been released April 24 on Apple TV+. The Spike 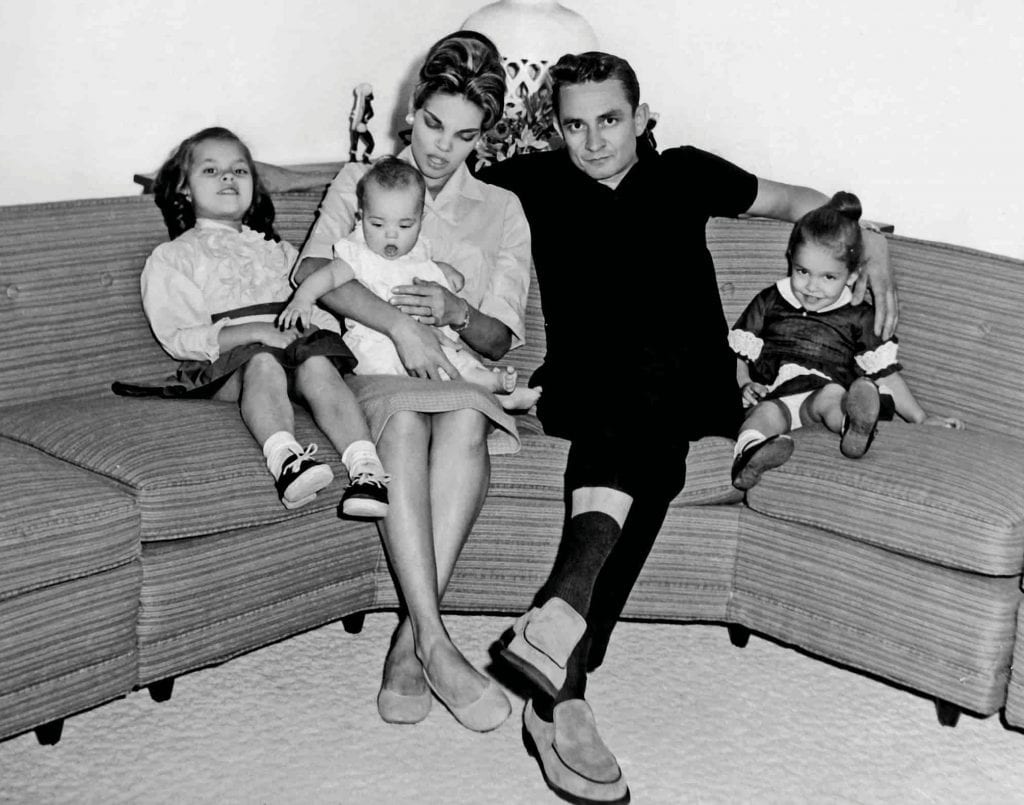 Kathy Cash, Tara Cash, Vivian Liberto, Johnny Cash and Cindy Cash in “My Darling Vivian,” which screens April 27-May 6 on Prime Video as part of the SXSW film selections. PHOTOS COURTESY THE ESTATE OF VIVIAN DISTIN / COURTESY OF THIS HEART OF MINE, LLC.

(Mike D), Adam Yauch (MCA) and Adam Horovitz (Ad- Rock). From their founding, the film rolls through the release years of their debut studio album “Licensed To Ill” — which propelled them into becoming one of the most successful rap groups of all time — to being elected to the Rock and Roll Hall of Fame, to the present. Including footage of their early years when they were unknowns, through touring with Madonna during the height of her popularity, the documentary explores the story of their fame, how they inspired each other and how it helped them find their voice and change as people through the decades. 2h.

While you may not have heard of Vivian Liberto, you probably have heard of her one-time husband, Johnny Cash. She was his first wife and the mother of his four daughters. In “My Darling Vivian,” a 2020 SXSW film selection that did not premiere due to the festival’s cancellation, the film is an intimate story with never-before-seen footage and photos of Johnny, as well as daughter Roseanne Cash and footage featuring Reese Witherspoon, Joaquin Phoenix, Tim Robbins, Whoopi Goldberg, John C. Reilly and many more. Vivian, a young Catholic schoolgirl, met the handsome Air Force cadet Cash in 1951 at a San Antonio, Texas skating rink. A summer romance was followed by three years of long-distance correspondence while Johnny was stationed in Germany, strong enough to result in a marriage and family, which they started upon his return. What follows is a story of unconditional and undying love, mixed with certain moments of isolation, fear, heartbreak and survival. The film is one of a handful of official SXSW selections that will stream online exclusively on Prime Video in the U.S. from April 27 through May 6. SXSW Director of Film Janet Pierson says of the selections they’ve made available to online playing, “We believe people will be captivated by this selection of intriguing work that would have been shown at our 2020 event.” 1h 30m. 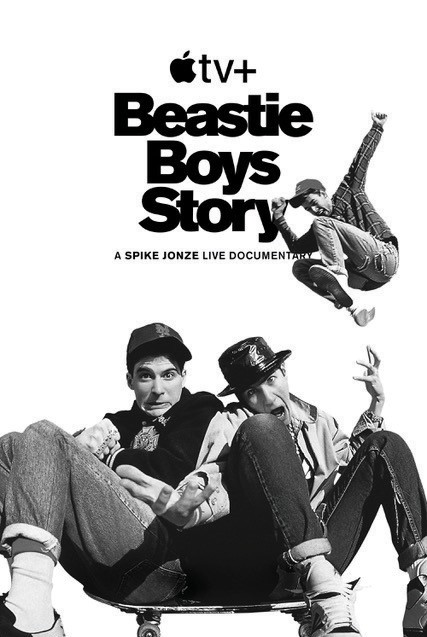 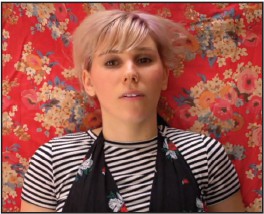 ¦ “Mildred and the Dying Parlor”

While Tribeca Film Festival was cancelled due to COVID-19, they have decided to put a few short films online for us to view. Tribeca’s heavy hitting lineup that looked to the festival to springboard public premieres, including “Jimmy Carter: Rock And Roll President,” “Citizen Penn,” “Stardust,” and a handful of others, are now still figuring out their distribution portals and opening dates. Stay tuned for that. In the meantime, there are some official selections that are available now to the public. “Mildred and the Dying Parlor” is a short film selection and is a bit like “Little Red Riding Hood” meets teen angst. Mildred, played by Zosia Mamet, is a young lady who is totally over her parents and wants to just meet a boy, but she is stuck working in a bizarre family business with her parents, played by Jane Krakowski and Steve Buscemi. She takes the chance to exit when a man shows up and wants to go on a midnight stroll. What happens next? Watch and find out. Directed by Alex Gayner, you can see the film free on Tribeca’s website now for a short time. 11m. https:// www.tribecafilm.com/ news/ now- streaming- curated- shorts- mildredand the- dying- parlor 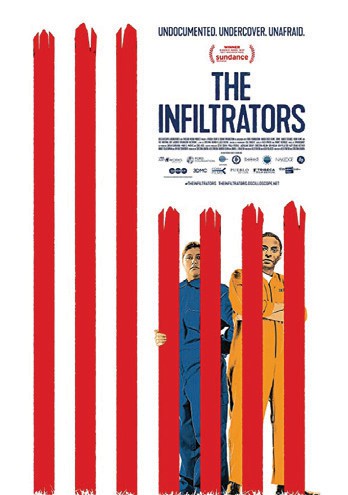 The story begins right here in Florida where Marco Saavedra turns himself into Immigration and Customs Enforcement (ICE). He subsequently is sent to a for-profit detention center in Pompano Beach, always on a mission — to go undercover to expose the story of multinational immigrants, imprisoned without trial. From the inside, the film tells the story of a group of activist dreamers who set out to fight for their community in an attempt to save lives. The docthriller premiered at Sundance last year and played at SXSW a month later. Shot with captured documentary footage and re-enactments, this Oscilloscope Laboratories film screens starting May 1. 1h 35m. 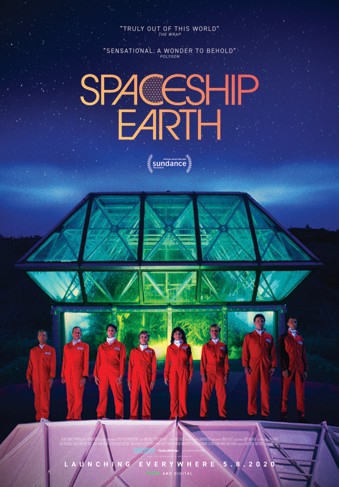 In this out-of-this-world documentary by Matt Wolf, which premiered at Sundance Film Festival this year, we get an intimate look at the eight members who participated in the Biosphere 2 experiment in 1991 (Biosphere 1 being Earth). Funded by a Texas oil tycoon, the project was meant to be a giant replica of the earth’s ecosystem used to explore what licensable technologies could be considered in a future world. For two years, the airtight manufactured home maintained an isolated, documented and sustainable environment for the group. While the story generated a lot of press in the day, this film reveals a lot about the people who were involved, chronicling their daily existence, including bizarre cultlike behaviors with footage from current interviews of surviving members and rarely seen footage during the experiment. The science fiction story, just without the fiction, will be made available to streaming May 8. 1h 53m.

Tom Hardy in “Capone,” which is set to stream May 12. VERTICAL ENTERTAINMENT IMAGE

Al Capone’s story of being possibly America’s most notorious gangster is one you’ve likely heard of. A ruthless businessman and bootlegger who ruled Chicago for a time, he eventually fled to Florida and lived like a king. Based on true events in what was originally going to be titled “Fonzo,” this Josh Trank biopic looks at the final chapter of the mobster’s life, which included nearly a decade of imprisonment, dementia (or was that just an act?) and a string of violent memories to die with. Fellow filmmaker Ryan Johnson has tweeted about the film: “This movie is batshit bonkers (in the best possible way) and believe me, you’re going to want to see it.” The film, which was scheduled to hit theaters now closed, will be available for streaming May 12. Starring Tom Hardy as Capone alongside others, including Matt Dillon and Linda Cardellini. ¦ 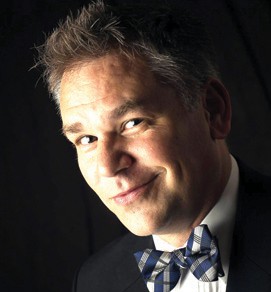