Be careful you don’t get zapped 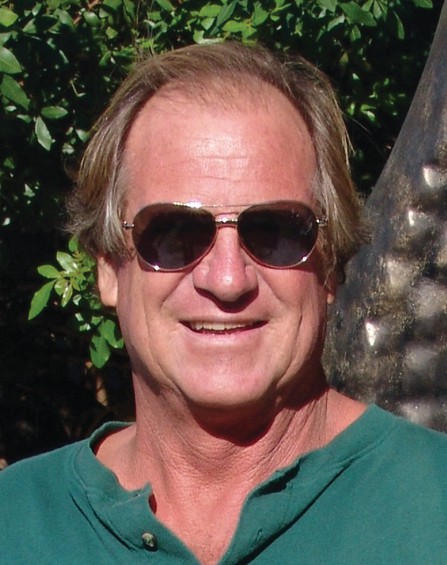 KIRK — Capt. Dennis Kirk and his wife, Nancy, are avid mariners and outdoor enthusiasts. Since the 1970s, they’ve sailed and fished out of their homeport on the Peace River, the old DeSoto marina.

Lightning! Just the mention of the word stirs up images of dark clouds, high winds and waves, and flashes of light with resounding booms of thunder. Summer storms can be dangerous for those people who enjoy the outdoors.

In reality, there are very few instances of people and boats being hit by lightning. The media do report when some beachgoer gets zapped. Usually, these lightning strike victims were outside during adverse weather conditions, instead of seeking shelter to get out of harm’s way.

In the old days, on farmsteads and in-country settings, the sale of lightning rods was a big thing. It was a roof-mounted copper rod with the wire going down the side of the house or barn, designed to direct the current directly to the ground, sparing the structure from 500,000-plus volts of electricity. While the lightning rod did do its job as described, it was discovered that mounting the rod high up also increased the attraction of lightning to it.

This brings up a good point for boaters out on the open water. Looking around, you see a wide-open expanse of flat water — and you are the highest thing around. This is much more of a concern for sailboats with a tall mast. Many vessels are equipped with a grounding plate (on the bottom of the hull) and something similar to a lightning rod attached to the top of the mast. The idea is the same: If struck, the electrical charge will be directed down to the grounding plate. This does not eliminate all the danger. If you are close to the mast, below deck where it goes to the keel, you could get zapped. The sensitive electronics aboard — GPS, VHF radio and other equipment — also could be blown out.

There are two schools of thought from sailors I have met over the past 45 years. Ground your mast and hope for the best, or don’t and take your chances. None of the sailors I’ve talked to have had their boats struck. I’m one of the “struck” ones.

Having my boat struck by lightning was an amazing experience. Horrifying at first but it all turned out OK.

One boat was a 39-foot fiberglass sloop that was grounded. There was no built-in ground wire, so we used some automobile jumper cables clipped to the upper shrouds that support the mast. These were clipped at deck level and hung into the water alongside. The strike did blow the electronics, but the crew and hull were not harmed.

The other boat was a non-grounded fiberglass boat, and we were sailing and heeled about 20 degrees over at the time of the strike. While the crew was OK, we were taking on water slowly. We went to a boatyard, had the boat hauled out and inspected the hull. When the lighting struck, it blew most of the fiberglass resin out from the waterline, creating pinholes. The boat was heeled at the time of strike, so the waterline was at an angle around the boat. The hull was not repairable.

Another time I was on a wooden vessel with a wood mast. There was a rod at the masthead and a thick metal strip going down the mast to the lead keel. This strip directed the main bulk of the current down to the keel. No electronics were damaged, nor were any of the crew. However, the mast was damaged and wood split, so it needed to be replaced.

If you have ever heard of St Elmo’s fire, there have been a half-dozen times this phenomenon has danced around our sailboat rigging. It is a bright bluish ball of sparking electrical current that is unpredictable in its path. It occurs when your metal rigging is charged with a small amount of current, and it eventually disappears.

I had a 35-foot charter fishing boat offshore in the Gulf of Mexico with a group from Canada. We had our outriggers set as we were trolling. We could all feel the hair on our arms standing up and the electricity in the air. St Elmo’s fire showed itself and, as it danced through the metal outriggers, the fishermen got some great pictures. The first mate also got a great monetary tip that day, as he was the one handling the lines.

No matter where you are, as we come into the summer rainy season, use caution and be alert for building storms. Better safe than to get zapped while enjoying our great outdoors.