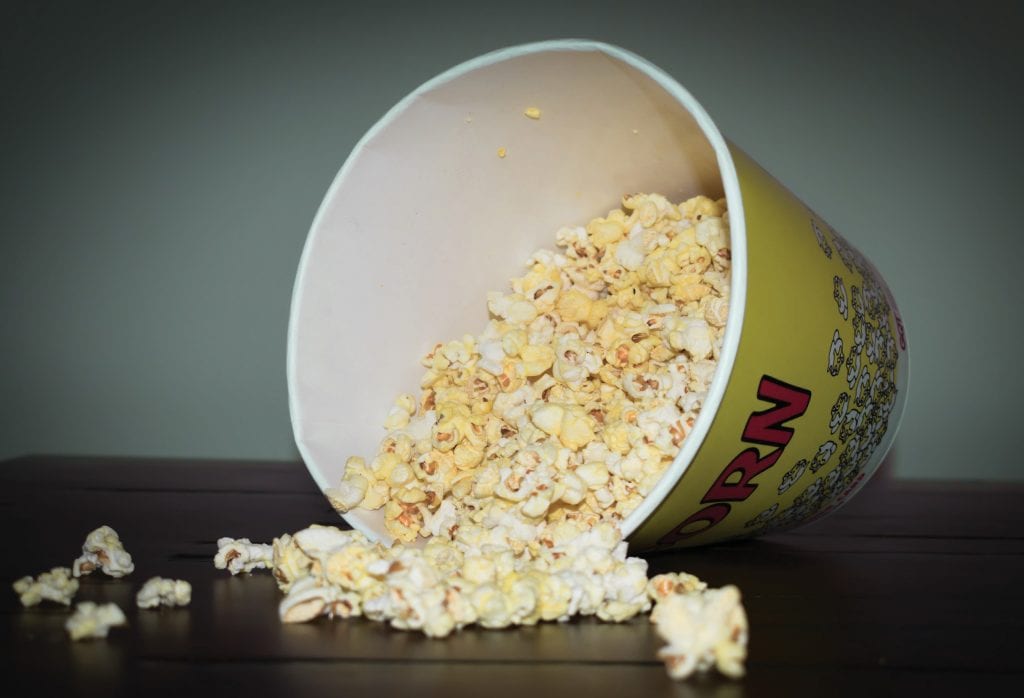 I write in a style best dubbed absurdist. It even says so on my LinkedIn profile, which was recently the site of a bizarre attempt at intel gathering by a hate-spewing, barely literate fear monger 1,000 miles away. My critics are geographically and ideologically diverse. I’ll give them that.

My literary subject matter can be just as convoluted, taking me from relationship columns to terrible explorations of roast beef. The continuous absurdities often lead to me conjuring asinine hypothetical scenarios. Close friends and loved ones, including my partner, routinely implore me to banish “what if” from my vernacular. For instance, what if the ocean levels continue to rise? Will we drown in the absence of a monster sea wall that takes too long to build as HARC debates the paint color?

What if Fantasy Fest had selected one of the 200 themes I suggested last year? Would that have given me a better opening line when I met local celebrity Tony Falcone? And what if Margaret Atwood’s speculative fiction came to pass and the United States government was usurped in a devastating right wing coup, where women are forced to choose between sex slavery and death by radiation exposure? Would we in Key West flee to Cuba in an ironic reversal of fortune or embrace the spirit of Florida Man and fight on? 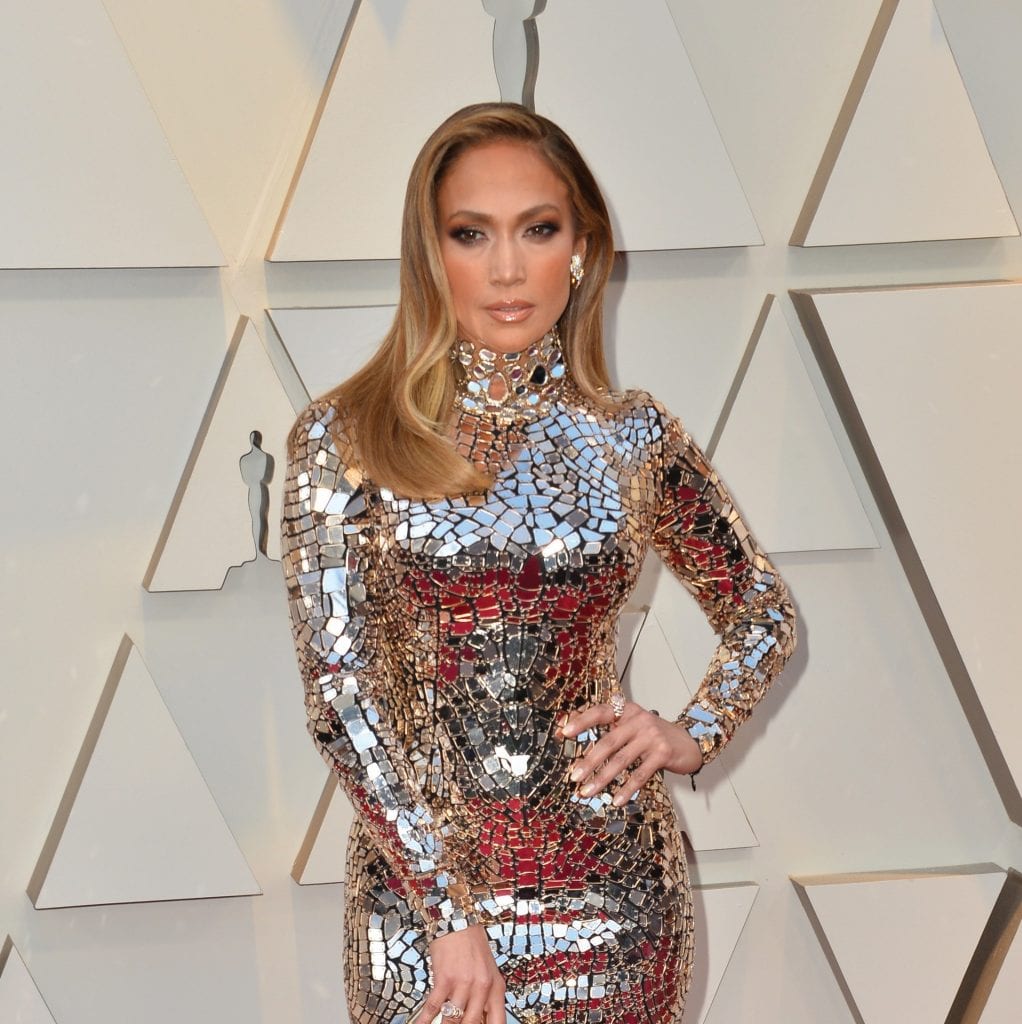 That last “what if” weighed heavily as I had spent the past few weeks anticipating “The Testaments,” Atwood’s explosive follow-up to “The Handmaid’s Tale.” It would go on to be the frontrunner for the Man Booker Prize and the literary event of the season. Margaret Atwood would have her day in the sun once more. However, she would be joined by another.

Unknowingly plotting her return to pop culture and Facebook trending topics was singer-turned-actress, Jennifer Lopez. A glitzy stiletto wearing G-string version of Goodfellas in the form of the new movie, “Hustlers,” was and is all the rage. What if Jennifer Lopez of all people actually went on to win an Academy Award? What would come next? A presidential bid? I could not miss the start of her comeback. There was just one issue. The beloved Tropic Cinema had again passed on a breakout hit. 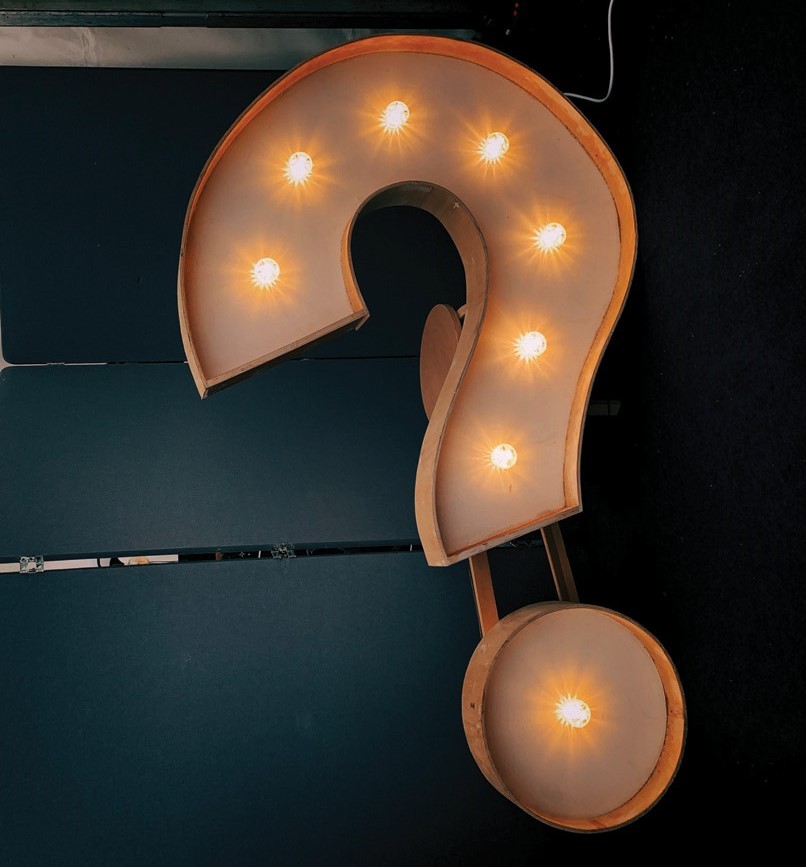 I’m not a cinema snob, but the Tropic is really nice. My couple membership affords me some of the best — “Midsommar” and “Widows” come to mind — and worst — like “Halloween” — films for around $10, along with the reassurance of no gum on the floor, popcorn seasonings out the wazoo and aftermovie jaunts to The Flaming Buoy Filet Co. next door.

However, a series of overlooked films meant that I would have to at long last make the trek to the Regal Cinema in New Town. It had been shut down since my arrival in Key West, shortly after Hurricane Irma. In the time since, the Regal seemed to use every excuse in the book to stay closed. It was as if it had an aversion to making money. The Tropic remained the only active option for moviegoers for quite some time. In fact, many joked that when renovations briefly took it out of commission last fall, the XXX viewing rooms on Truman would become our only “silver screen” option. 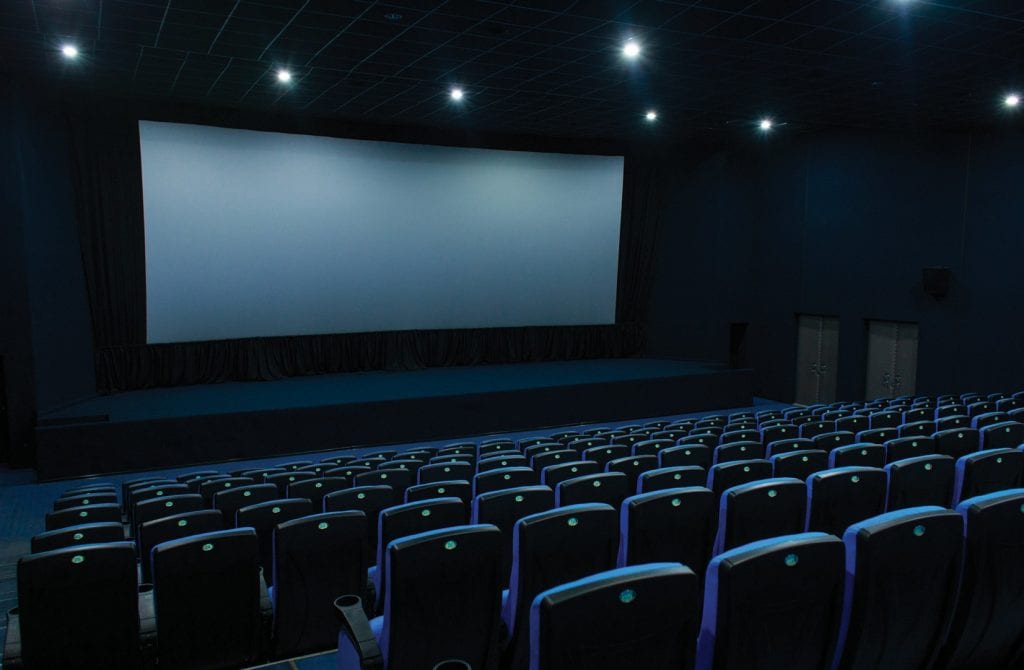 Now, with “Hustlers” playing at the Regal, I had an excuse to see the other side. I would be on my way after reassuring fellow writer Gwen Filosa that the world would not end if she missed the hardly life-changing Saints versus Rams matchup. You can take someone out of New Orleans, but when the Miami Dolphins are so reviled, you can never take the New Orleans out of that someone. At least not when it comes to football.

As we turned into the plaza and drove through the miniature lakes that inexplicably surrounded the cinema on this hot summer day, the mantra “I’m not judging” was on repeat. Still, some of these Regal guests were a piece of work. “It’s renovated! You’ll be fine,” Gwen reassured me as I stared open mouthed. My concerns about cleanliness and comfort would hardly be sidelined upon closer inspection of the scene. The patrons appeared to all be auditioning for a supporting stripper role in the film. Their hemlines were high as a kite. Their eye shadows rivaled Gilbert Baker’s generous use of color. Even their kitten heels seemed particularly unsuited to navigating both life and the hard concrete exterior of the theater. 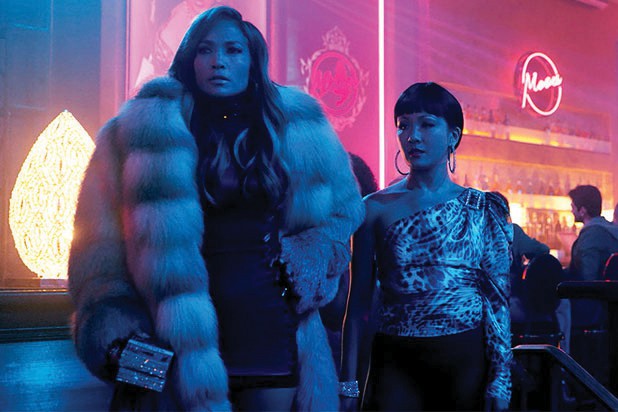 The throng of bandeau dresses and too-tight midis snaked all the way from the ticket office, right down the stairway and into the blistering sun. A friend would later explain that she once had to reroute the clueless hordes of moviegoers who ignored the perfectly good shade in favor of illogical straight lines. Groan! We might never get in. We had little time to spare, with both my partner and another motley misfit running late.

I bid Gwen farewell and headed inside to find a faster option while she stood in line at the outdoor ticket window, an old strategy routinely deployed by reasonably savvy pairs. The time now read 7:25 p.m. and there would only be five minutes to get tickets and get seated before the previews began. “Blessed be the trailers!” I thought. The likely garbage lineup of preaward season previews just might save us from missing even a single glorious moment of J-Lo.

“Blessed be these gizmos, too!” Apparently, the hordes of teeny boppers and Miami wannabes could only identify technology when it aided their quests for tongue-wagging selfies. Inside, I spotted the inconspicuous selfcheckout devices that had been installed to eventually precipitate unemployment and prevent the sort of bottleneck unfolding outside.

“You’re so smart!” Gwen remarked excitedly as she faced my credit card the right way up after I fumbled the required swiping motion. Chip and pins are so much easier to handle when relieving myself of money. After paying Tropic prices for so long, $15 started to feel like overkill to go watch a movie about something I saw every time I went into Teasers to use the bathroom.

The Regal’s decor was pleasantly boring. Huge swathes of black and gray paint to mask the greasy palms of toddlers grabbing at the walls. Bright neon lights dictated our movement, similar to those seen in cheap casinos. And as we would later discover, great big recliners that somehow wound up hurting our necks.

“But, what would the popcorn be like?” my two chins continuously inquired. The largest size — a whopping $9 — tasted good enough, in that buttery, corporate, Monsanto-type of way. The quantity, though, would go on to haunt me, as even my incessant munching only cleared half of the KFCesque bucket. Added to which went my partner’s leftover kernels. Three guesses as to what I had for breakfast the next morning.

I did, however, make two very important observations as we waited at the concession stand. First, the workers were moving at an impossibly slow pace. Infinitely slower than their counterparts at the Tropic — who aren’t even paid. Secondly, and this goes back to the Atwood references, if the movement of this line was instrumental to the fleeing of the fictional dystopia, Gilead, we would all be trapped with nothing but a tiredlooking Sylvester Stallone Rambo sequel poster to witness our descent into madness. Both of these things were said out loud, soliciting well deserved stares from strangers within earshot. Including the employees. Not that it made them hand over our caffeine and grease any faster.

Despite all the hype surrounding the availability of pre-selected seats there was still somehow one individual plopped in the midst of our reservations. Yes, we did ask him to move, even though there were several vacant rows we could have sat in. No, we — namely Gwen — did not care that he had already made himself far too comfortable. As far as she was concerned, there were four of us and one of him and if she was missing Sunday Night Football, you best get out of her way.

In fact, she not only took control of the seating, but also control of the immediate post-credits review, which we have published in its full hilarity in this issue (see inset). As someone who has peeked behind the filth-encrusted curtains of gentlemen clubs and strippers — demurely referred to as “dancers” on this island — I appreciated the opening scene of Constance Wu’s dwindling nightly take home. House fees and “tipping out,” voluntary or not, can reduce a stripper to being no better off than a McDonald’s employee on minimum wage.

And this film at least portrayed how quickly things can go south for such “dancers.” Although the characters’ stories were far from the norm for most women and men in this industry, the actual plot was based off of real exploits chronicled in New York Magazine. “Hustlers” had clear source material, regardless of how unrealistic and hyped many moments seemed. As we battled with our chairs to un-recline, I thought that if this film set out to be mindless entertainment for an hour or two, then it had succeeded. Would “Hustlers” be a water cooler moment? Hardly. Fondly remembered? Sure.

And there you have it. In the end, Jennifer Lopez delivered. The Regal, sort of. I still can’t believe it cost more for a less intimate and non-downtown movie experience. If you can commit to one of the monthly ticketing plans then maybe it’s worthwhile. I imagine you would be stuck viewing a lot of crap to make any subscription plan financially feasible.

As I settled back into the Tropic a week or so later on a subdued Sunday evening for a Q&A session with an indie documentarian, where I ran into my neighbor, therapist and a local business icon all in the same five minutes, I was reminded that there is a uniquely authentic element to the Tropic. It’s a bit of a magic emporium, highlighting worlds we escape to for 120 minutes at a time driven by the most curious elements of Key West community. Why this can’t easily be replicated by a vastly more resourceful corporate entity escapes me. So, what if the Regal was forced to close once more? Well, we would miss a few movies but I’m sure we would be better than fine. ¦

“’Hustlers’ reveals what happens when the economy topples your industry, but you still have rent to pay. You improvise. The film is a solid, charming, two-hour mind eraser. The use of music reminded me of ‘Goodfellas.’ Musicians Lizzo and Cardi B were super in their supporting roles. ‘Hustlers’ reminds us that 2007 was a fine, fine year, even if you were a liquor store-robbing drunk like some of us. The movie also reminds you that Usher was at one time very relevant.

“Hustlers” would have been Oscar bait had the script been able to keep up with the lead actors. There were problems. Namely, not enough Jennifer Lopez. This is her vehicle and we know it. I wanted to see less Constance Wu crying — so much girl crying in this film — and more Lopez being all Jennifer Lopez. She should have been in every scene. She at least gets all the great lines, including gems like “motherhood is a mental illness” and “the whole country is a strip club.” Lopez gets the last word. Wu gets the protagonist role, even though Lopez is the instigator in almost every weighty scene. It’s like when “Rain Man” came out and Dustin Hoffman got all the accolades, but Tom Cruise had to do the heavy lifting.

Overall, not as good as “The Deer Hunter,” but better than “Boiler Room.” ¦