A conversation with Wizards of Winter’s Scott Kelly 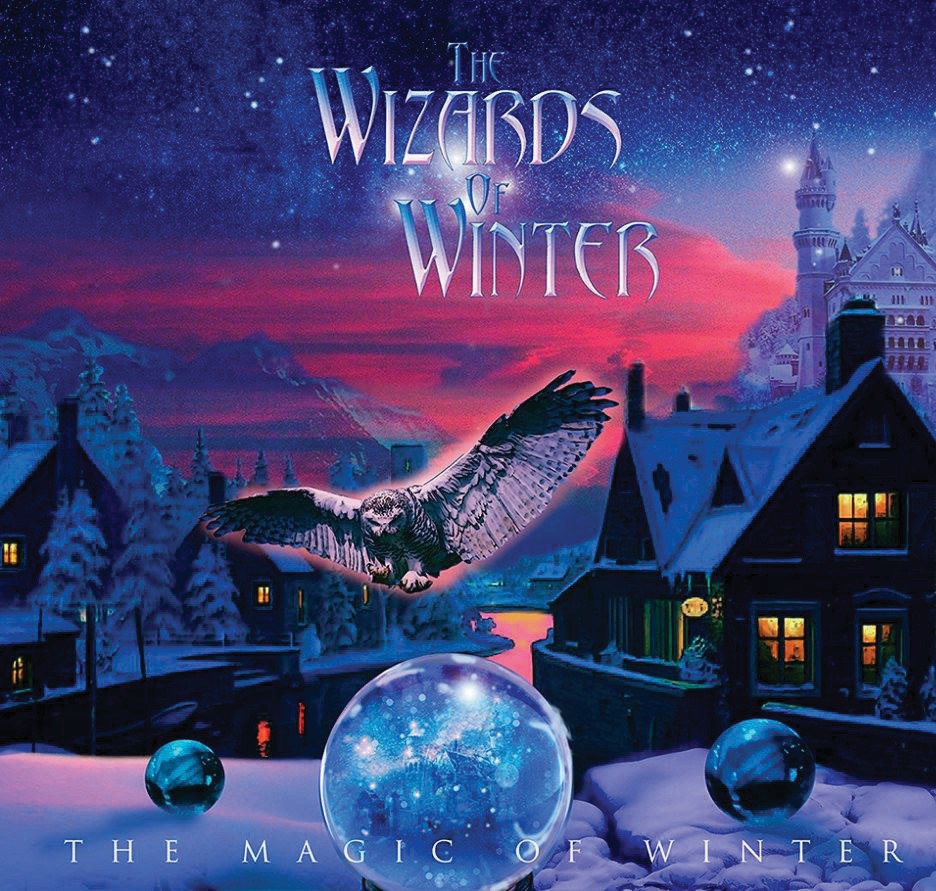 There’s something about the holiday season that makes people feel all warm and fuzzy and full of goodwill. Twinkle lights shine a little brighter, we hold our nearest and dearest even nearer and dearer, and Bing Crosby reminds us all that there’s no place like home for the holidays.

But what happens if your home — or the place you choose to escape to during the holidays — is anything but wintery? It can admittedly feel a little schizophrenic to deck the halls with boughs of holly when you’ve just come inside with sandy feet after clearing the front yard of palm fronds and shooing the damn iguanas off of your fence.

It shouldn’t shock anyone to hear that Key West is unconventional, but our flouting of tradition extends even to the deepest, most hallowed of holiday institutions. Instead of sleigh rides, we have lighted boat parades. We don’t go door to door caroling, but we do sing Christmas carols at the top of our lungs at Bobby’s Monkey Bar (after a White Russian or five). And we can’t ice skate, but we can deck our bicycles out with strands of lights and bike around the island with 50 of our best friends, oohing and aahing at the brightly decorated Conch cottages. 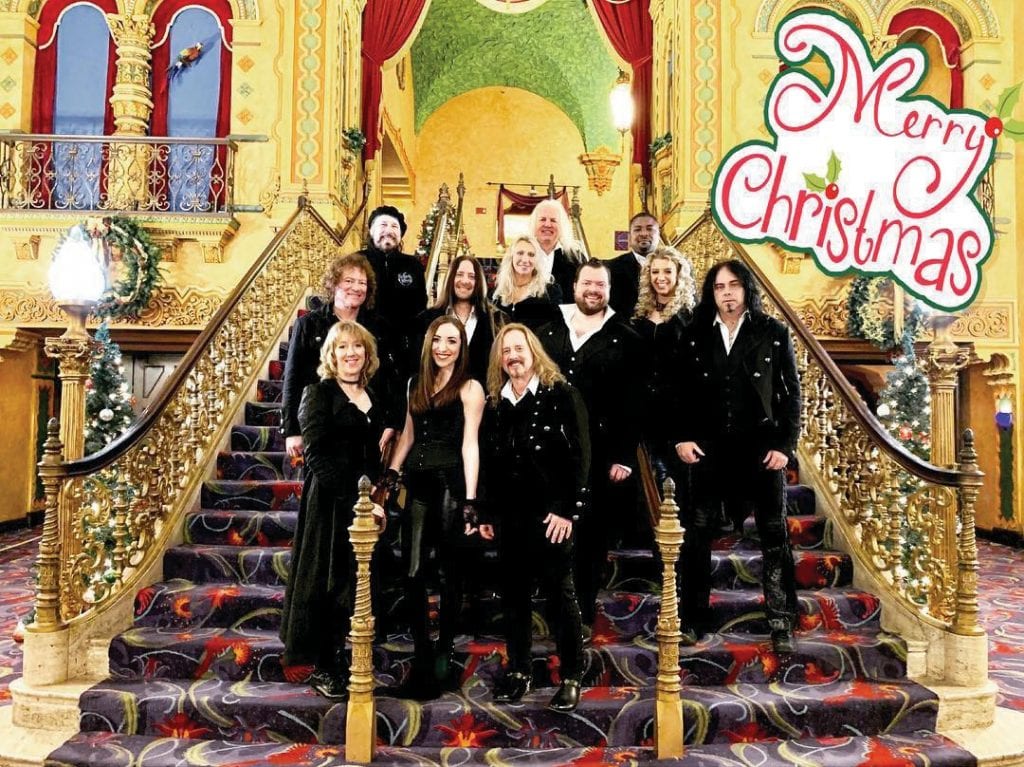 It’s clear that our speed is more “Rock of Ages” than “Jingle Bell Rock,” so it’s fitting that a band called the Wizards of Winter is officially kicking off the holiday season with its particular brand of hard-rocking holiday tunes at the Key West Theater (512 Eaton St.) on Nov. 13. The Wizards of Winter are an ensemble that performs classical and progressive influenced rock music woven through a theatrical holiday-themed show that evokes the spirit of Christmas. Each performance showcases soaring vocal harmonies, precision string instrumentation, outstanding guitar leads, powerful percussion and stunning keyboard work, taking the listener on a musical sleigh ride that transcends genres.

In advance of the show, we sat down with founding member Scott Kelly to gain a little insight into the world of seasonal music-making. 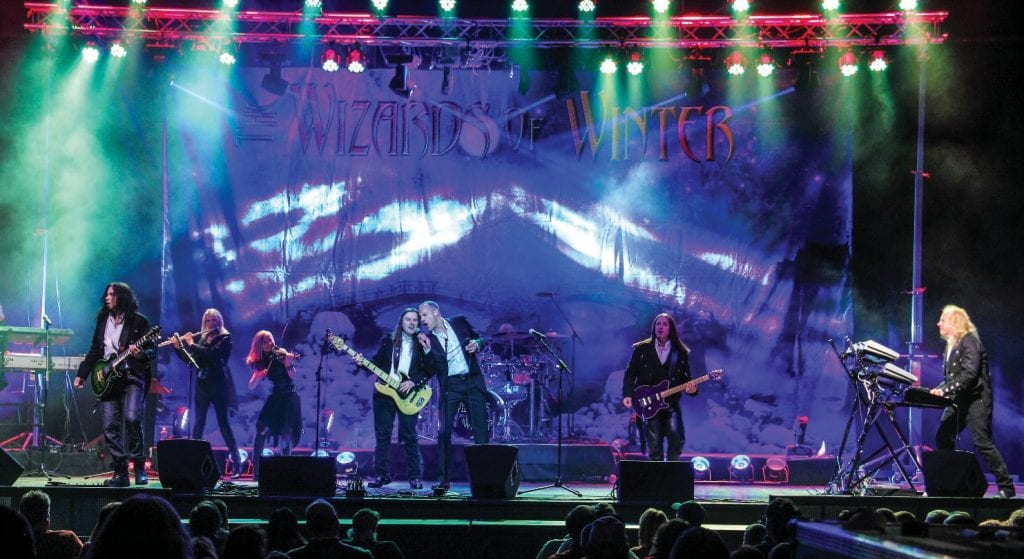 Florida Weekly Key West Edition: What was the genesis of Wizards of Winter? Where did you form?

Scott Kelly: We formed in 2009, but we had no real intention of being a band, per se. It was the height of the recession and the local food bank here in our small New Jersey town had a line two blocks long to get food. Everything was pretty bad, so I reached out to some friends and said, hey, let’s play some Christmas music and do a benefit concert to raise some money. We played Trans-Siberian Orchestra music because we were mostly rock musician. No one dreamt of going any further than that one show, but that one show became two, then ten, and then we thought maybe we should write music, there’s something behind this. It just took off from there. It was a lot of serendipity plus a lot of hard work.

FWKW: What do you do when you’re not making Christmas music? 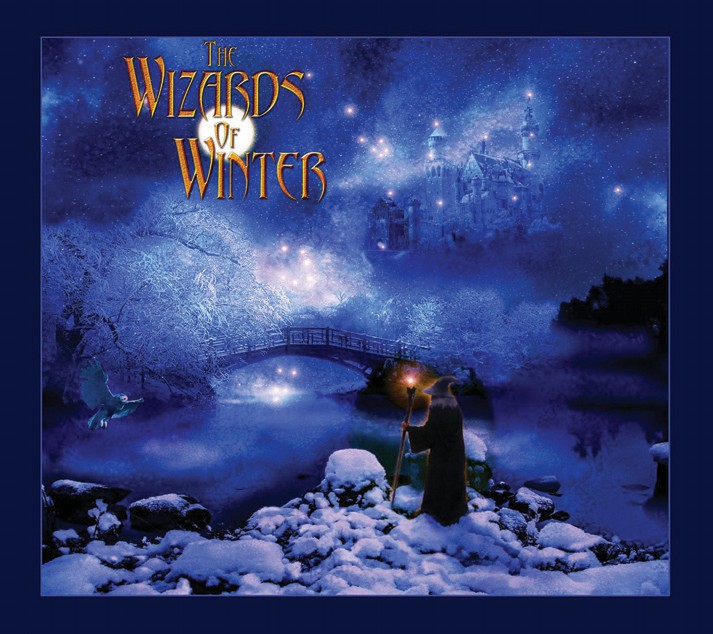 SK: I work I the software industry. Honestly, I had given up music. I performed in college, but then I got married and put it to bed.

SK: I write the music with a storyline in mind. I take classical pieces and interweave them with metal, Broadway and traditional sounds. Every song has to fit into a storyline and I always have to think of the vocalists we have in the band at the time — can they deliver on this particular piece? I learned some things from Trans-Siberian Orchestra along the way. When they wrote their stories, they were like rock operas with three different storylines and they always tied the music to stories. I didn’t want to be restricted in that way. In our show, you go on a journey inside a snow globe on a mythical vehicle called the Arctic Flyer to find the true meaning of Christmas. On the journey, you go to different places, encounter different people and have different experiences — happy, sad, traditional, religious, secular. That’s all taking place inside the snow globe and every year and every night we can change the show up to change the journey. Every night can be different, and that makes it more versatile.

FWKW: We all have our favorite Christmas carols — is it difficult to write original Christmas music?

SK: It depends. I write all the music and the lyrics. My style is more progressive rock and Broadway-ish, like a cross between Styx and Kansas and Yes but then also with some Phantom of the Opera thrown in. But my guitarist, Fred Gorhau, will take the music and the storyline I bring to the table and put the metal edge on the music. He’s a phenomenal shredder — he really puts the bite in the music. My wife Sharon is an amazing flute player. We’ve been married 39 years and she’s also in the group. She keeps me honest on the lyrics. I can’t sing a note — they don’t allow mics on my side of the stage! When I write the lyrics, sometimes I’ll throw too many words in, but Sharon helps me see it from the singer’s perspective. The songwriting process is very collaborative that way.

FWKW: How do you find new members? Do they find you?

SK: In our particular case, I was playing with local guys and we started writing original music. Then there was a big shakeup in the Trans-Siberian Orchestra in 2011, where a lot of their original members left and tried to form their own group, Kings of Christmas. They wrote music, but it never really went anywhere. One of their key members had heard about us and reached out on Facebook, asking if we were looking for a guest vocalist. We chatted for a few hours and decided that maybe we could join forces. In 2013, five of the guys from Trans-Siberian Orchestra came down and toured with us. We played our original music and some of the hits they were known for at the time and it took off from there. They knew other people through their connections and then I became friends with Greg Smith, a bass player who has played with Ted Nugent, Blue Oyster Cult and Rainbow. He knew some people and we got hooked up with John O’Reilly, who had drummed with Trans-Siberian Orchestra for 12 years. This year we have actually Steve Brown joining us, and he has been on tour with Def Leppard for the past few years. Our rehearsals are phenomenal. It’s always good to play with high-quality musicians.

FWKW: Considering you started off playing covers of Trans-Siberian Orchestra songs, did playing with members of the group blow your mind?

SK: The first time the Trans-Siberian Orchestra guys came out was in 2013. Two years before that, my wife and I had seen them at Madison Square Garden, and here they were at our house. We just looked at each other and said, “How did that happen?!” It’s weird in some ways because I’m not historically connected to the music industry, but you make all these friends and you find yourself pinching yourself, like I can’t believe I’m friends with a guy who plays with Blue Oyster Cult.

FWKW: Clearly you appeal to holiday lovers across generations — what do you think makes your music so universally appealing?

SK: The secret is in the sauce. I don’t think anybody comes out of the show liking 100% of what they heard that night. We do the “Journey to the First Christmas,” which has a religious component, but there would be no Christmas if not for that. But then some people think it’s too commercial because we do the Santa Clause trip to the North Pole. Some songs are more commercial in nature, so the heavy rock fans will say we sold out, but then we’ll do progressive metal songs to show off our musicians, and grandma is going to hate those. That said, every one of our songs has a little bit of a moral tale in it that wraps up the whole Christmas feeling. And what is Christmas about? It’s about loving your fellow man and helping your brother

FWKW: So what’s do you hope to accomplish with your shows and your music?

SK: We want to harness that feeling that comes over people that time of year that makes us friendlier. We try to capture it and put it in a bottle — we call that the “Spirit of Christmas.” Our goal is to get people to come out of our shows full of that heartfelt Christmas feeling in their hearts. We end every show with our version of “Hark the Herald Angels Sing/Auld Lang Syne” that we call “A Toast to Time,” which is our way of remembering people who have passed away. The audience always sings along and it’s this emotional feeling, and that’s the magic. It’s not easy to explain, but if you’re an independent artist like us, it’s hard to get your point across and make enough noise in the market to get people to really come out and take advantage of what we have that is unique. We’re not Trans-Siberian Orchestra or Mannheim Steamroller, we’re just this little band of brothers that goes out and spreads some Christmas cheer and tries to give back to our community however we can.

For more information, and to buy tickets, visit www.thekeywesttheater.com. ¦